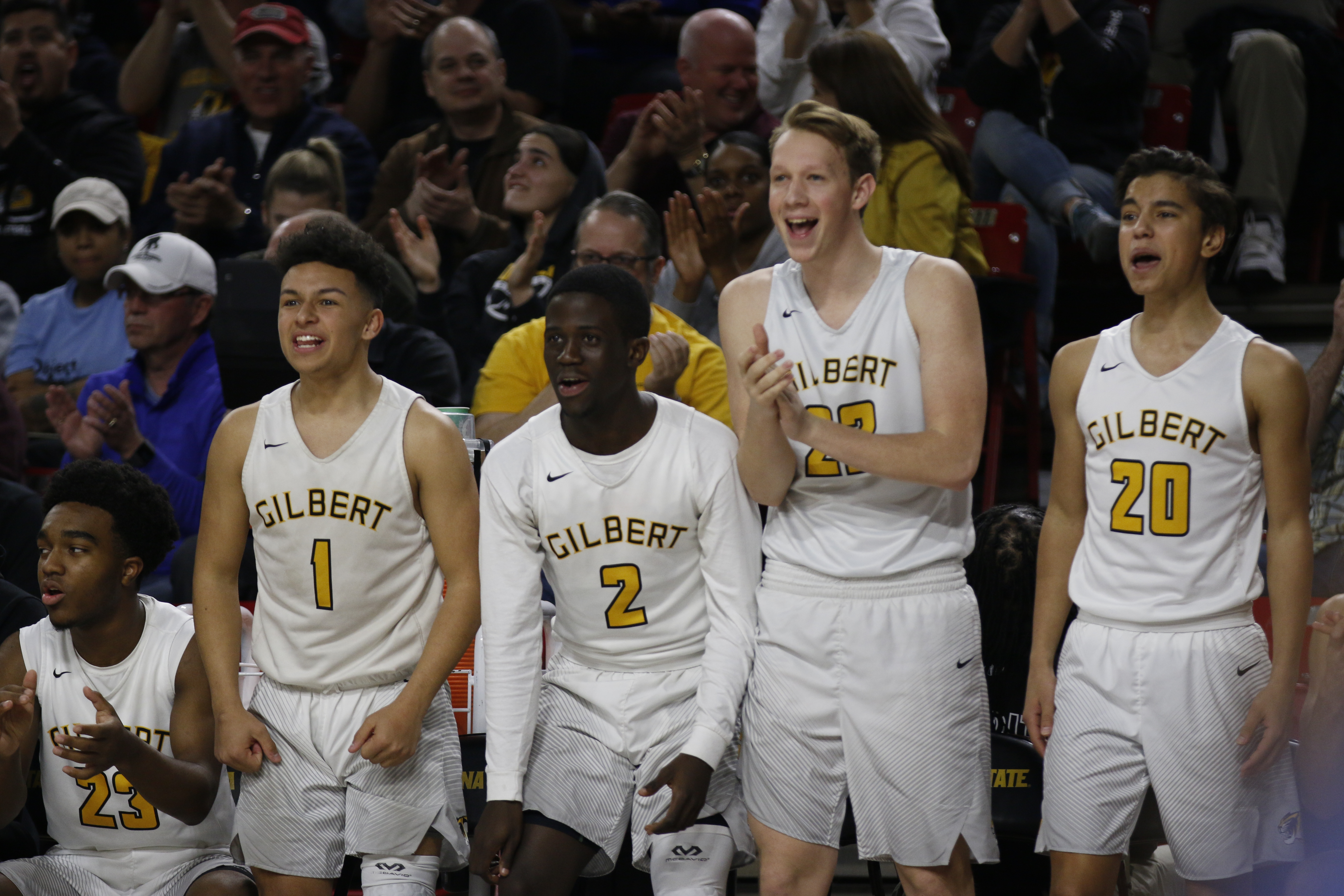 Two communities full of Tigers came together at Wells Fargo Arena on Monday night to take in two 5A State Championship Games in Tempe.

On the boys’ and girls’ side, both Gilbert and Millennium High School squared off on the hardwood. Each contest had large crowds that filled nearly the entire lower bowl and it was a raucous environment during both games.

Game One: Millennium vs. Gilbert Girls

To start things off, No. 1 Millennium knocked off No. 2 Gilbert by a final score of 66-40. In a game of big runs, Millennium hopped out to an early 16-3 lead after the first quarter. They also added a 19-6 third quarter after Gilbert had cut into the early deficit by having a big run of their own in the second.

Ultimately, rebounding and a good night from three-point land is what led to a Millennium title. After three quarters, Millennium had shot 7-15 from three, giving them a nice cushion to close out the rest of the game.

As for Gilbert, the successful season came to a close after the team made the State Championship for the first time since 1992. It marked the final game at Gilbert for the twin sisters of Haley and Hanna Cavinder, who are both signed and committed to continue their basketball careers at Fresno State next Fall.

Both senior leaders tipped their cap to Millennium after the game, and they graciously answered questions with the media for an extended amount of time, despite the loss. As for their head coach Kyle Pedersen, who has coached the twins since sixth grade, he had nothing but fond things to say about how far his team had come.

“It’s been such a fun season,” Pedersen said. “The chemistry of this team is great. I will definitely remember these girls and how well they got along and how hard they worked everyday. It was really just a fun group to coach, and there were never down days.” 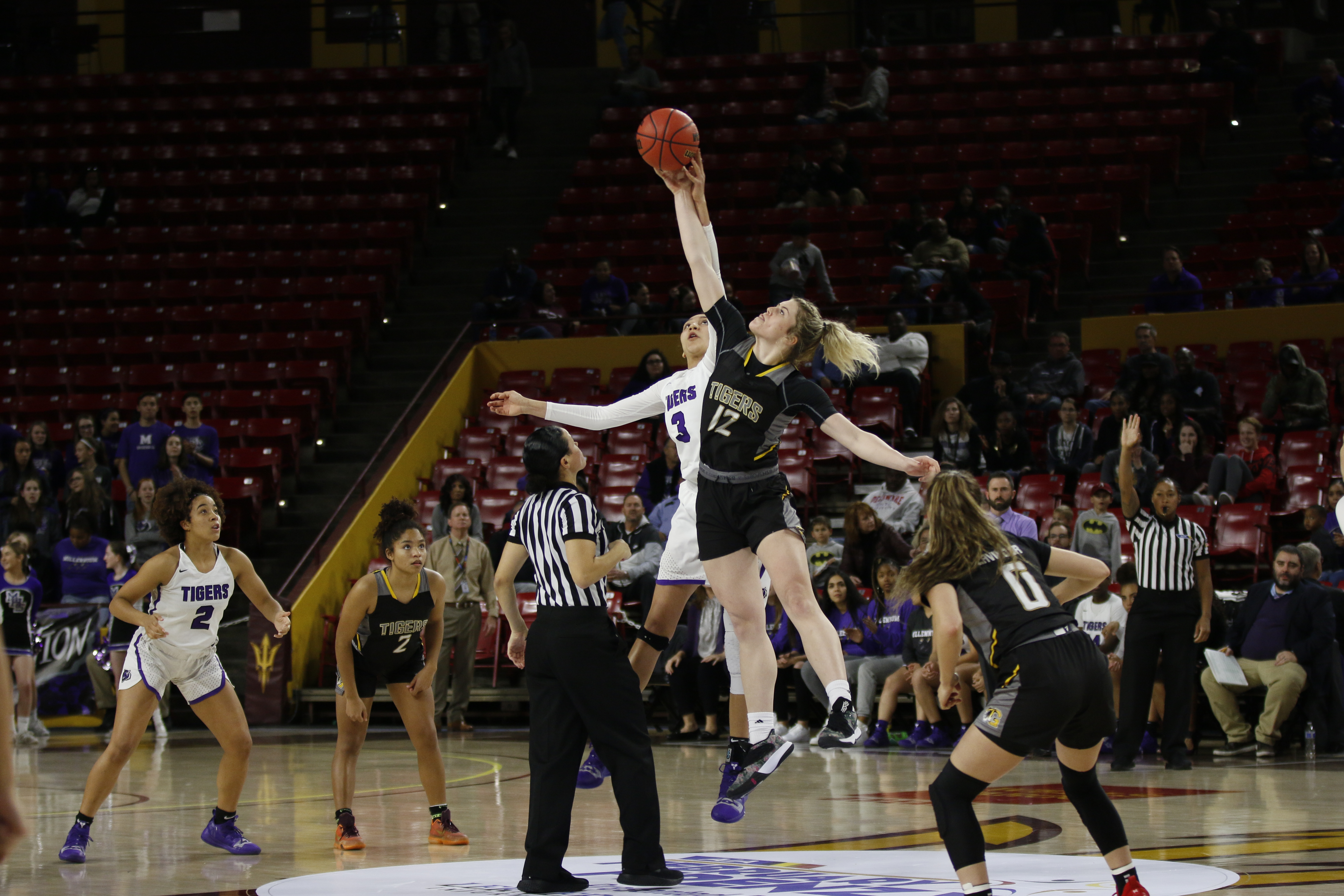 With the Millennium girls hoisting the 5A trophy, it was then set for the men’s game next on tap.

Not long after the girls final, Millennium and Gilbert were back on the floor, but this time on the boys’ side.

In a low scoring affair, a Millennium lead rose up to 30-18 in the third quarter, but Gilbert came roaring back to upend the No. 2 seed by a final of 38-37. The win capped off a 29-1 season, and it was the program’s first championship since 2003.

“We don’t talk about winning a state championship,” said Gilbert head coach Jay Caserio. “It’s just going to be so great to hang a banner…I am just so ecstatic.”

Leading the charge for the 12-point comeback was senior guard Doc Self, who hit two clutch three-pointers to narrow the lead down to single-digits. With a big student section behind him, Self brought life to his team and everyone supporting him.

Then with things dwindling down during crunch time, senior Carson Towt threw down an emphatic two-hand jam to push the Gilbert lead up even further.

“On the floor it just felt electric,” Self said. “We were all feeding off of each other and then Carson had that dunk. It was like the place blew up.”

Put together, the two seniors in their final season came up big.

Caserio noted that Gilbert quarterback Will Plummer is often in attendance at every basketball game. Plummer, who is committed to the University of Arizona to play on the gridiron, can likely rejoice in another sport after Tuesday night’s win on the hardwood.

Between both games, Tuesday was a great atmosphere for athletics. Both communities showed up in force, and both schools came out with at least one state title in basketball. Although both places likely wish they could have doubled their total, it was certainly a fun night for hoops. 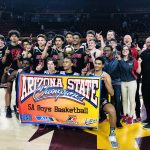 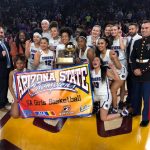