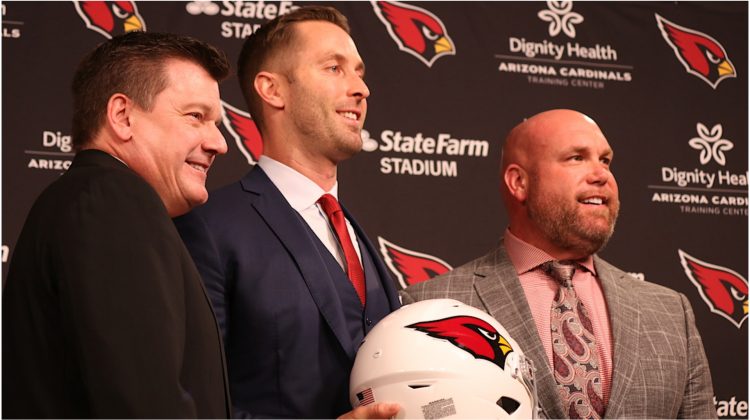 For Arizona Cardinals owner Michael Bidwill, new head coach Kliff Kingsbury’s 35-40 record at Texas Tech was not a number he cared much about. He was much more interested another figure.

“Throughout his career as a playcaller, both as an offensive coordinator and a head coach, he averages just under 40 points a game,” Bidwill told reporters after Kingsbury’s introductory press conference. “He has had multiple personnel, and obviously recruiting to Lubbock, Texas and you look at the games he won, they won against the big schools throughought his career there. While his overall record is challenging, regardless his offenses were always putting up great numbers.”

In a postseason that features eight of the top 10 scoring offenses, and the rosters and rules cater to points, the Cardinals, who were dead last by over a full point per game, felt it was necessary to adjust their philosophies for the current game.

As the Cardinals began to collect information on potential coaching options, Bidwill said Kingsbury, despite no NFL experience, continud to be mentioned.

“Across the board, the name that came up the most as the most innovative playcaller and best offensive mind out there is Kliff Kingsbury, so we’re delighted to have him as our head coach.”

Kingsbury said he and Steve Keim are working on a coaching staff but as of right now, there are no names to announce.

So the Bird Gang has their head coach, and the next key is to build a staff with “ideally” a veteran defensive coordinator according to Steve Keim. The defense will return to a 3-4 to cater to the current roster.

Former Cardinals coach Bruce Arians came out of retirement to become the Tampa Bay Buccaneers head coach on Wendesday. He will have Todd Bowles as his defensive coordinator, and it’s assumed many other members of the Cardinal coaching staff will join them in Tampa Bay. When asked about the prospect of bringing “No Risk It, No Biscuit” back to Arizona, Bidwill said the Cardinals were already deep into their coaching search when Arians made it apparent he was a serious candidate to come back to the NFL.