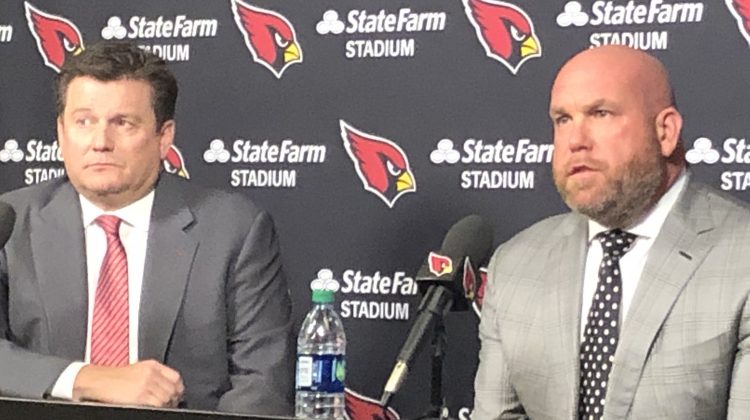 364 days ago an emotional Bruce Arians publicly announced his retirement as head coach of the Arizona Cardinals. Monday morning in the same room, at the same table, President Michael Bidwill announced the person who replaced Arians, Steve Wilks, had been fired.

“It was a very tough decision,” Bidwill said to the assembled media. “But I looked at the record. I looked at the lack of competitveness of the games of that record and the direction we were going in. I felt that it was in the best interest of the organization to go in a different direction.”

Bidwill cited many different reasons for the change, including a regressing defense which slipped from sixth in 2017 to 20th this past season. He met with Wilks Monday morning and the two had “a very corgile meeting” according to the team President.

Endless respect for Coach Wilks…appreciate his dedication to this team and the respect he showed for every man who played for him. Thank you for everything you did and wishing you nothing but success in what will be a long, fruitful career in this league. pic.twitter.com/iqaA1XQpzX

Both Bidwill and General Manager Steve Keim remain confident they can find the right successor but admitted both were at fault in Wilks’ short-tenured hire.

Source: The #AZCardinals have requested #Rams QB coach Zac Taylor for a HC interview. They’ve been doing work on him.

Bidwill stressed the hiring search will start immediately and they will do a better job of keeping potential candidates “close to the vest.”

Arizona finished a league worst 3-13 and will have the first overall pick in the 2019 draft next spring.