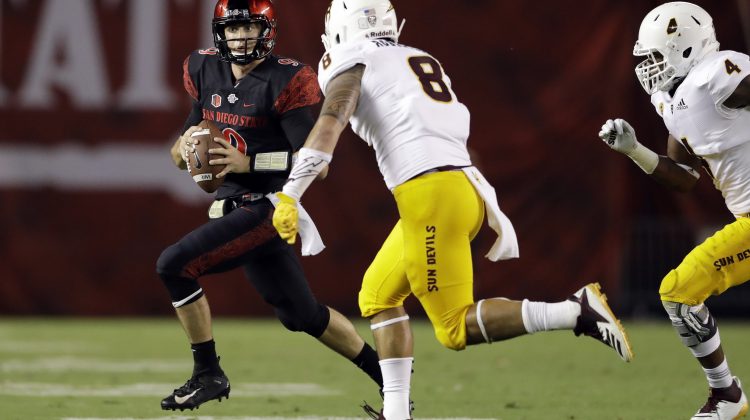 It’s a busy day for the ASU football team as they gear up for Fresno State in the Las Vegas Bowl. Here’s a quick rundown of everything going on within the program on Tuesday:

The ASU linebacker wasted no time making an impact on the field for the Sun Devils.

The true freshman led the team in tackles, tackles for loss and interceptions in a defense that was sixth in the Pac-12 in scoring defense. On Tuesday, he was named the Pac-12 Defensive Freshman of the Year.

Robertson is the third player to win the award, joining Vontaze Burfict and Junior Onyeali.

This @ASUFootball freshman led the team in total tackles, tackles for loss & sacks, including two key ones in ASU's win over MSU.@_Merlin_2 is your #Pac12FB Freshman Defensive Player of the Year.

Tune in to Inside Pac-12 Football: All-Conference Awards: https://t.co/ZhZuI5ezsa pic.twitter.com/RVfxk3B9nE

The Pac-12 all-conference team was also announced on Tuesday, and seven Sun Devils got nods for the team.

The Sun Devils also added a commitment from three-star cornerback Willie Harts from Pittsburg, California on Tuesday. Harts held offers from fellow Pac-12 schools Oregon State, Cal and Washington State. As a senior, he had four receiving touchdowns, 24 tackles and two interceptions. The Sun Devils have the #35 class in the nation and fifth in the Pac-12 according to 247Sports. Harts joins Jordan Clark as the two cornerbacks in the Sun Devils’ 2019 class.