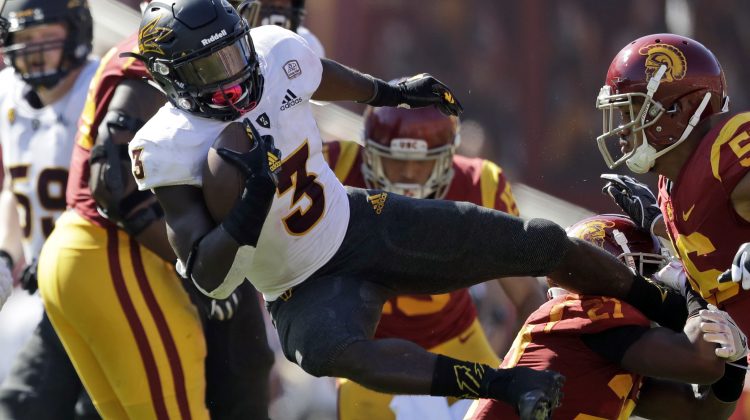 Arizona vs Arizona State on the football field should not be played on Thanksgiving weekend. In fact, the two should meet in early October. More on that in a moment.
So this Saturday the Wildcats and Sun Devils will kickoff at 1:30. It’s a holiday weekend, when many folks aren’t around to watch football, normal viewing patterns aren’t in place.
This Saturday CBS will air Top ranked Alabama meets arch rival Auburn at the same time as the two Arizona rivals. ASU v UofA is on FS1, not the easiest channel for people to find, especially in hotels.
The Sun Devils and Wildcats both had long road trips that didn’t get them back to their destinations until Sunday. It’s to neither teams advantage to play the game six days later. Truth be told, I want two teams that are fresh and having something to play for other than beating a team 90 miles away.
Those of you who have grown up with this “rivalry”, you will disagree with me on all fronts, and that’s fine. You’re used to having something and you don’t like change. Most people don’t want to think out of the box.
What harm would it be if Arizona and Arizona State played their Pac-12 openers with each other? What harm would it be to have the two teams play after they are coming off a bye week in October?
What harm would it be to have the Wildcats and Sun Devils play earlier in the season so they don’t have to play opposite Auburn v Alabama?
Imagine the build-up and buzz if the game was played when students are still on campus six weeks before finals, rather than home for the holiday, two weeks before the semester ends.
If you haven’t noticed, the College Football Playoff has essentially the same teams year after year competing for the four playoff spots. Arizona and Arizona State have never sniffed the playoff. Maybe it’s time to look how teams schedule. Last week the SEC had The Citadel play at Alabama(what a joke), but the Conference leaders are fine scheduling a glorified bye week late in November so to protect the national brand of the Crimson Tide, Would the Pac-12 ever consider setting up their schedules to protect their brands? We know that answer to that question.
Arizona State looks like the better team in this years battle. I’ve seen Arizona implode over and over on the defensive side of the football. I’ve seen Arizona State play close games and outside of UCLA, found ways to lose. Arizona State 29-21…