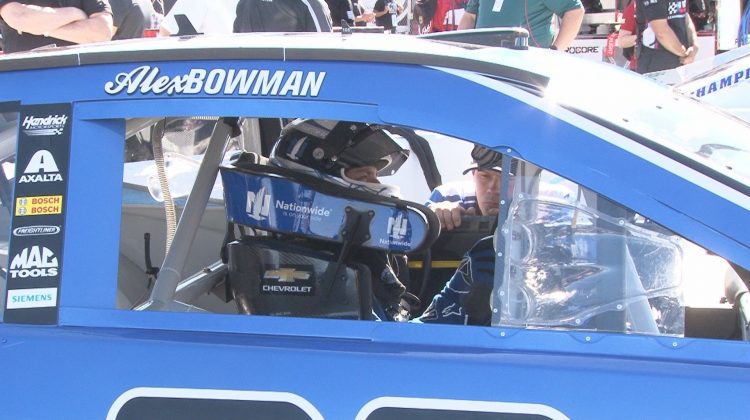 November will not only be the first race with nearly $200 million in renovations and a new start/finish line configuration but it will also be the final race of Bryan Sperber’s 16-year tenure as Track President.

While NASCAR drivers are predominantly from the southeast, names such as Jeff Gordon, Jimmie Johnson, and ISM Raceway spring winner Kevin Harvick, has brought attention to the talent on the west coast. Arizona has started to capitalize on that west side attention by now having two to three drivers in the weekly 40-car field. 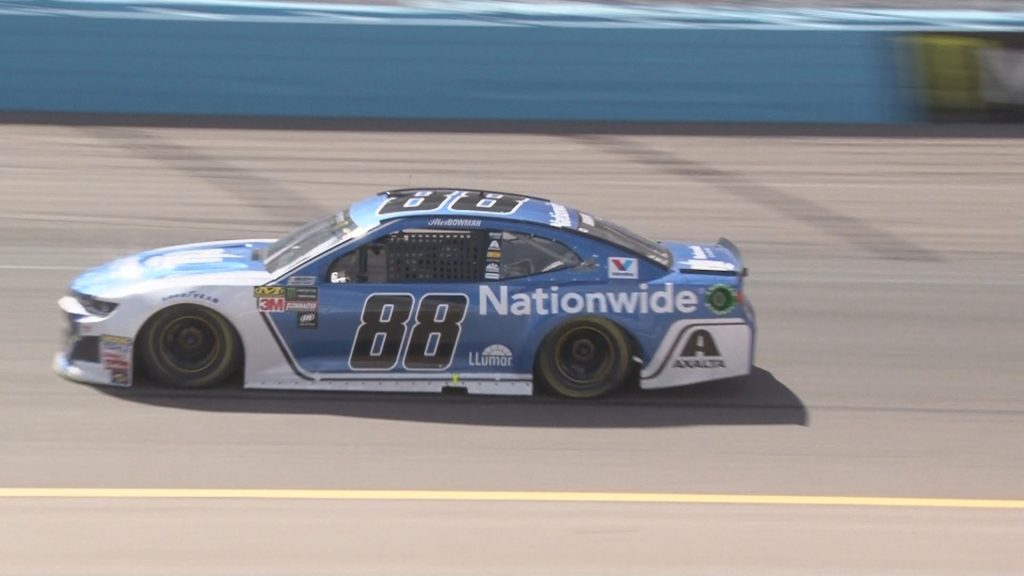 (Alex Bowman’s No. 88 Chevy rolls around ISM Raceway in the March Ticket Guardian 500)

The biggest Arizona name in NASCAR is the 25-year-old youngster, Alex Bowman, who took over the reins of Dale Earnhardt Jr’s No. 88 Nationwide Chevrolet. The Tucson native impressed Dale Jr. and team owner Rick Hendrick when he filled in for Earnhardt Jr. following his concussion in 2016 and nearly won the fall race at ISM Raceway.

Bowman qualified on the pole in that 2016 fall race at the Avondale track, making him the first Arizona-born driver to do so at their home-state track. While he is still winless, he’s had a successful season making it to the second round of this year’s NASCAR Playoffs. 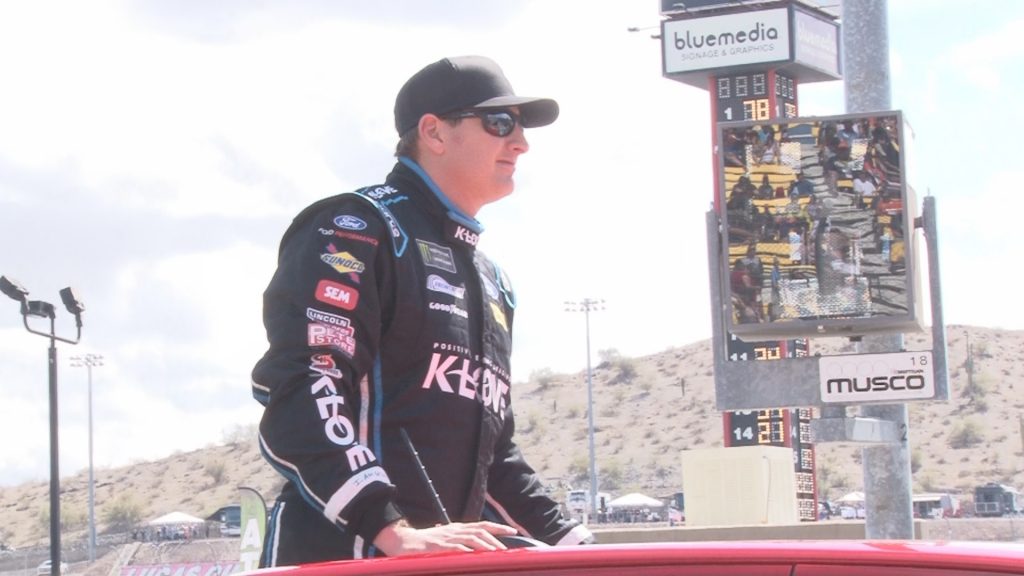 (Glendale’s Michael McDowell sits atop a truck, taking a lap around for Ticket Guardian 500 Driver Intros)

Glendale native, Michael McDowell, has started over 200 Cup races since his rookie year in 2008 and has finished with a handful of top ten’s in his career. He has grabbed ten top 20’s in his first year in the Front Row Motorsports’ No. 34 Ford.

McDowell is averaging a start and finish around 23rd position and led 31 laps this season. He currently sits 26th in the points standings with an average finish of 27.6 in his last five races at ISM Raceway. 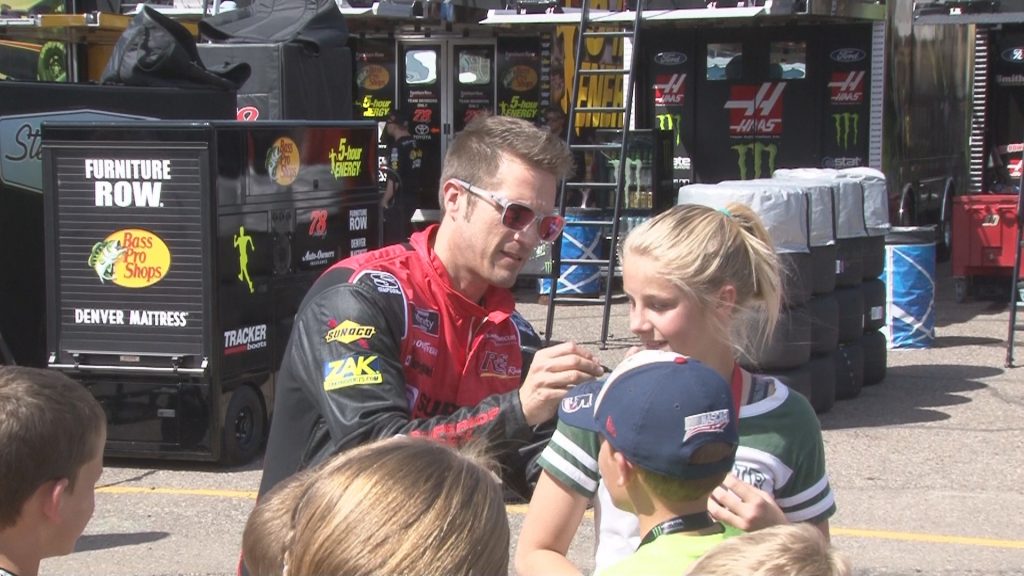 Finally, Phoenix driver, J.J. Yeley, dominated the USAC open wheel ranks in the 90s winning championships in their top three series being one of the few drivers declared a “Triple Crown Champion.”

The 41-year-old became the driver of the No. 7 in a part-time deal between NY Racing and Steakhouse Elite in 2018 but has also been running the No. 23 BK Racing Toyota. Yeley doesn’t run for points in the Cup Series but sits 28th in the Xfinity Series driving for TriStar Motorsports and Ryan Sieg Racing.

Yeley has led laps at ISM Raceway and has an average finish of 27.9 in his 14 career starts. It is unknown if the team will have the funding to compete in the Cam-Am 500 at ISM Raceway.

The Can-Am 500 weekend starts with the Camping World Truck Series race on Friday night and Xfinity Series action on Saturday. Cup begins their weekend with qualifying on Friday, Nov. 9 at 5 p.m. MST and the Cup race on Sunday, November 11 at 12:20 p.m. MST.