Higley pulled out the upset against Casteel, 34-27, in a back-and-forth affair on Friday night.

Late in the fourth quarter, with the game tied at 27, senior quarterback Spencer Brasch scrambled, then threw a 40-yard pass to sophomore Truitt Robinson who ran it in for the TD that got the Knights the win.

“I was running away for my life,” Brasch said. “I was thinking about running it and at the last second, I saw Truitt a couple yards down the field, so I was like, I’m going to give him a chance, he’s open…I threw it up to him just over the safety and he caught it.”

Robinson was brought up from the JV team for the playoffs. The big touchdown grab was one of only a few Varsity passes the sophomore has caught in his young career, Higley head coach Eddy Zubey said.

“(Thursday) Coach told me that I was going to start in one of our formations,” Robinson said. “I was pretty hype about it, and then today in the game it showed off. I got all of the passes I could get, I made the plays that I needed and I showed up…I’ve got blood rushing through my body right now, it’s crazy.” 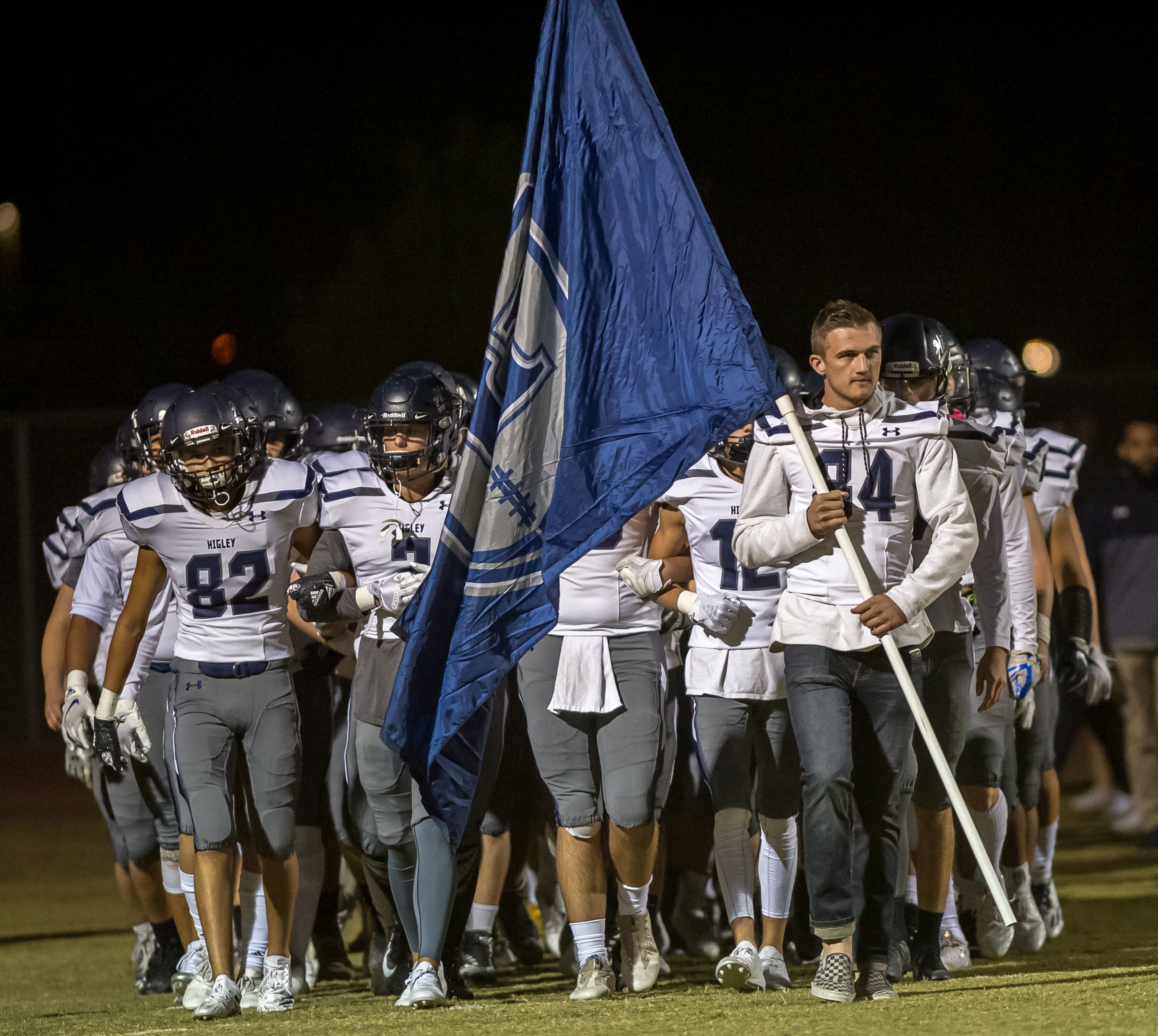 With a showing like Robinson’s on Friday night, Brasch is optimistic about leaving the program in the hands of the next guys’ up at Higley when he graduates and moves on to Cal, where he is committed to play football.

“We have kids like that all over our team that are stepping up,” Brasch said. “We have a freshman that was starting at my right tackle tonight. We have (Truitt) that came out and scored the touchdown, there’s just so many different things that we have, that will continue to make this program great in the future.”

Zubey said his team is going to enjoy the victory, but get right back to business and take it one day at a time now to get to the ultimate goal.

“These kids work hard every single day, they’re just your average high school kids, but they love each other and they want to get to the State Championship game,” Zubey said. “We’re going to enjoy tonight.”