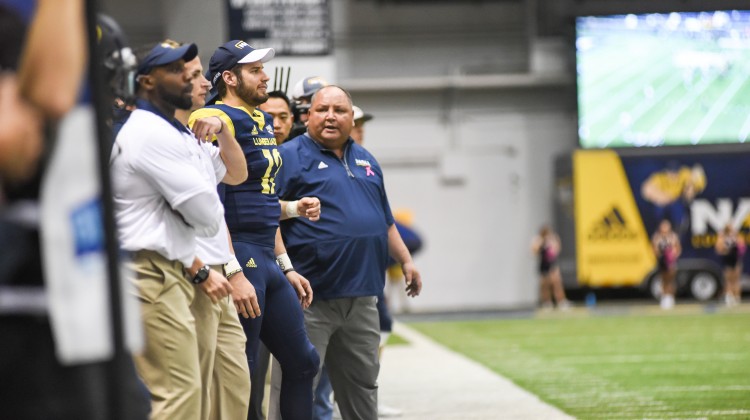 Jerome Souers  has informed school officials that he is retiring as head football coach. The news(first reported by the Arizona Daily Sun) https://azdailysun.com/news/local/jerome-souers-is-retiring-as-nau-football-head-coach/article_88e7a3a3-03c8-5482-8711-a9082ab9e13f.html

was confirmed by www.sports360az.com Monday afternoon.

Several  coaches that I spoke with on Monday feel as though the job is a diamond, waiting to be polished up. One of the most attractive aspects to the position is the proximity to Phoenix and Southern California high school football players.

What direction would first year athletic director Mike Marlow go for a head coach? I would recommend that he look at two names to start his search. Charlie Ragle and Donnie Yantis should be the first two calls that Marlow makes.  More to come…