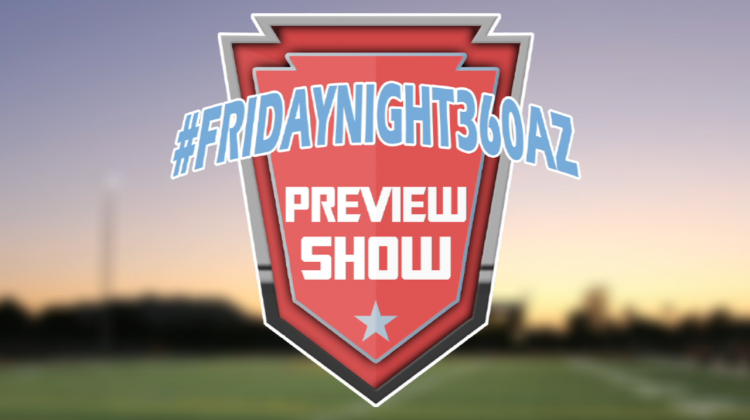 From the biggest games and storylines to hearing from the top leaders and voices in prep football, the #FridayNight360AZ Preview Show will get you ready for those Friday night lights.

Haley and Jordan are at Famous Dave’s in Mesa for the 2018 AIA State Championship Media Day. Plus, Sports360AZ’s Kennedy Wilkerson is on site catching up with Thatcher and Northwest Christian for your 2A and 3A championships.

The Eagles are looking for their third straight State Title on Friday when they take on Round Valley in the 2A Championship game. Our Kennedy Wilkerson catches up with Thatcher’s Quinten Mack and Quinton Turley.

Northwest Christian is a playoff contender year in and year out, this year they have made it to the 3A State Championship where they’ll take on rival Yuma Catholic. Kennedy catches up with Crusaders’ athlete Dustin Inness.

The Sabercats are going for their sixth straight State Championship on Nov. 30 in a rematch against Salpointe Catholic at the University of Arizona. Jordan caught up with head coach Jason Mohns, while Haley chats with linebacker Connor Soelle at Media Day.

5A – Centennial and Notre Dame Prep

In another State Title rematch, it’s a battle of the unbeatens. Centennial and Notre Dame Prep will meet up again on Dec. 1 at ASU to battle for the 5A Title. Haley chats with Centennial running back Jeiel Stark about what the Coyotes are expecting next Saturday and Jordan talks with NDP’s Jake Smith.

6A – Chandler and Perry

Chandler took the crown last year against Perry in the 6A State Championship, can Perry get the win this year? Jordan talks with Wolves’ tight end Brayden Liebrock and Haley talks with Perry wide receiver Colby Dickie.