A couple upsets and some high-scoring games filled the west side headlines last Friday Night! West Valley schools now account for nearly a quarter of the tournament teams in the quarterfinals. This week is full of prove-it games as these programs vie for a spot in the semifinals.

Two west side teams who could make a case for a 4A semi-final spot have to faceoff for what might be a shot at the five-time defending champs, Scottsdale Saguaro, next week. Greenway won the Skyline Region, and Desert Edge won the West Valley Region setting up a collision course by breezing by their first-round opponents.

Senior night is a WHITE OUT against moonvalley! Let’s pack the stands !! pic.twitter.com/HO87lcDL5Y

Greenway shot up the rankings after defeating St. Mary’s, Tempe, and Moon Valley to end the season. With 36 total TD’s, the Demon offense has been electrified by senior quarterback, Tyler Duncan. Duncan’s 3200 total yards has led this team to a 10-1 year with the defense’s Nick Deaver leading the team with 11 sacks and has tacked on an interception and blocked field goal.

Even with a high-octane offense, they need more than just big punches to knockout Desert Edge. The Scorpions defense is led by new Washington State commit, Nassir Sims, leading the team in both tackles and sacks. Sims is backed up in the secondary by a pair of sophomores, Steven Ortiz and Cliffonte McDowell, who have total eight interceptions together.

Greenway’s offensive core must step up behind senior, TJ Murphy, and his run game, along with the hands of Caden Howen-Hughes. It will have to be a full team effort to surpass the Desert Edge defense. Even if the Demons can accomplish that, there’s still a huge matter to overcome.

The DEHS freshman QB, Adryan Lara, could be the big difference maker in this match after exceeding the 1000 passing yards mark. The two constants in the offense have been senior rusher, Kennith Powell, and junior receiver, Jihad Marks, combining for 1542 total yards and 28 touchdowns.

Expect a high energy game with two defenses going all out. The winner will likely play Saguaro, the ultimate 4A opponent. But first, one must prove worthy to challenge the Sabercats. Regardless of the winner, this might be the perfect bout to get ready for Sag-U.

What Did You Learn? Winner-Take-All Rematch

In their second game of the year, the seventh-ranked Sunrise Mountain Mustangs made a statement in their first season in the 5A Conference by nearly beating 2016 state champs, Williams Field. After a 23-18 loss, the Mustangs proved they could do damage against the best in the conference. Eleven weeks later, it’s time to show what SMHS learned over the season to face two-seeded Williams Field once again.

SMHS with a first round playoff win! On to round two! Nicely done, boys! Next week at Williams Field! #smhsfootball pic.twitter.com/krBP1Qxspd

Last time around, it was a senior QB battle between the Hawk’s, Zach Shepard, and the Mustangs Air Force commit, Keegan Freid. Freid would run in a TD, pass for another to Bryce Cord, and accumulate a total of 368 yards. The WFHS defense did a great job quieting down other offensive options like Drake Flores and Jay Anderson, paralyzing the Mustang offense.

Both defenses were solid, but this game is all about what you learned all that time ago and how you worked to improve in the two months following. This would be a huge upset for the Mustangs and could put them on a momentum the rest of the tournament.

SUNRISE -The Storm is coming!!! pic.twitter.com/j1tqGGgzhq

It was a cruise for the four seeded Liberty Lions to sail by Westview in the first round of the 6A tournament, leading 56-0 at one point. Even with junior quarterback, Jonah Guevara out of the game, the offense was electric behind sophomore, Brock Mast, as seven different Lions scored, including senior defensive end, Braxten Croteau.

The road to the 6A title game is arguably the toughest for Liberty as they will likely meet defending champ, Chandler in the semifinals next week. Before the Lions can even think of that, they must host one of the hardest hitters in 6A, five seeded Highland, to prove they are worthy of a neutral site match against the 6A’s best team.

Besides the Highland’s lone loss to Mountain Pointe, the Hawks have averaged over 43 points. It’s been lucky number 13 through the air and ground with senior, Noah Burdick, receiving 13 touchdowns, and senior Kohner Cullimore, rushing for another 13 TD’s. The Highland defense will try to rough up the Lions attack after intercepting 11 balls and forcing seven fumbles this season.

Someone who will be tough to rough up, though, is Lions senior running back, Jett Kinsch. With 15 TD’s and 1098 rush yards, Kinsch has bulldozed defenses all year long behind one of the most dynamic offensive lines in 6A. Dual-purpose linebackers, Ryan Puskas, Luke Pauga, and Jace Accurso will be tasked with stopping the dual-threat Highland offense, and if successful, they may earn the right to challenge top-ranked Chandler.

The seventh-ranked Cactus Cobras blew by Canyon Del Oro without their junior quarterback, Connor Cordts. They face the toughest 4A task in taking on Scottsdale’s Saguaro Sabercats who eliminated the Cobras’ rivals, Peoria, in the second round for the last two years. Seniors, Zaach Cullop, Matthew Herrera, Anthony Flores, and others will have to be in top shape to put a dent on Saguaro’s armor.

Loved going to battle with the group all season! But we’re not done yet! Quarterfinals next week! #family #traditionpart2 pic.twitter.com/yvMf9li3bR

Following a 49-10 pounding of Sunnyslope, 5A top-seeded Centennial faces Cienega as the ‘Yotes make their 2018 championship bid. These two teams played on September 7 and contributed to Centennials list of five shutouts, winning 35-0. Tawee Walker was the only player to rack up over 100 all-purpose yards. If Walker continues to score and the d-line pressures the backfield again, it will be smooth sailing to a semi-final match.

Northwest Christian holds the number one seed in the 3A Conference for a reason. With their 49-6 victory over Winslow, they host Benjamin Franklin in the second round. The offense has thrived with the passing ability of junior, Johnathan Metzger, and the rush game of senior, Aren Van Hofwegen. That will bode well against a Benjamin Franklin team that struggled to stop that offense in their September 7 loss to the Crusaders 21-13. NWC has work to do to keep up with the volleyball team that just won the 3A State Title.

As the tournament finalist draw closer every game becomes even more important. Be sure to go support your teams in these huge events. Also, check out the Best in the West Podcast with Sunrise Mountain head coach, Steve Decker, and of course, don’t forget to use #FridayNight360AZ to join in on all the talk under the lights! 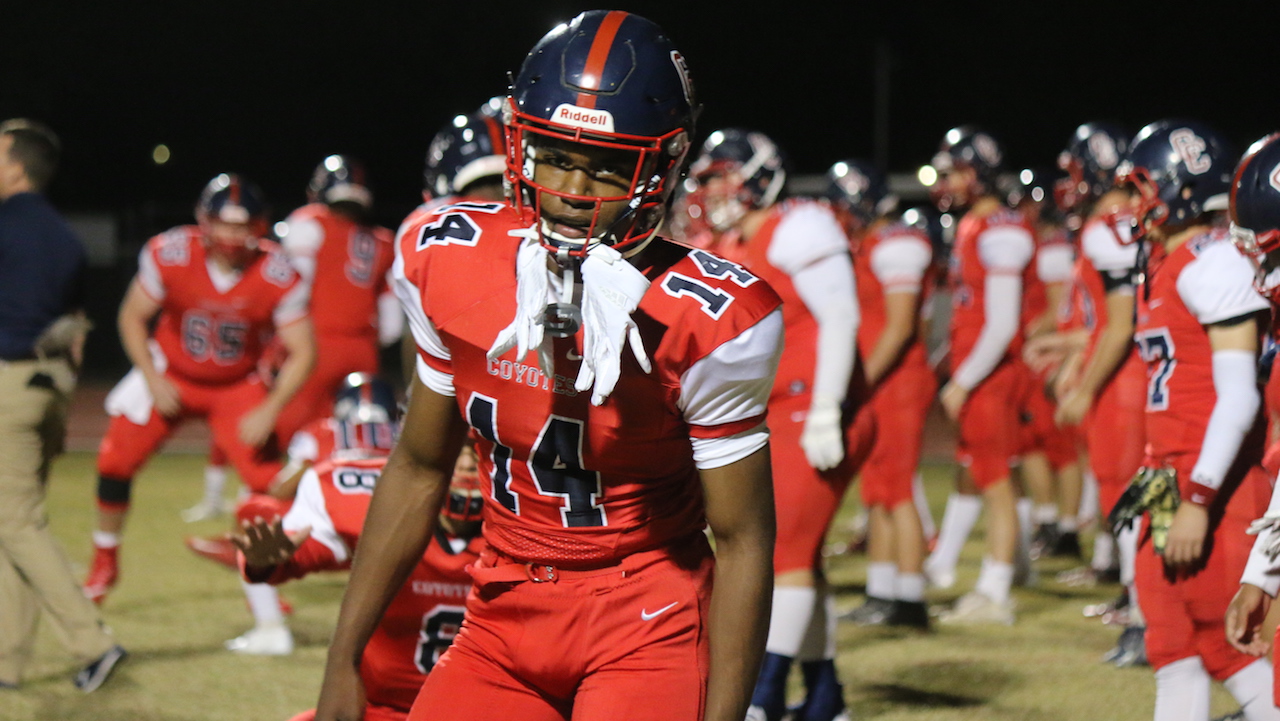 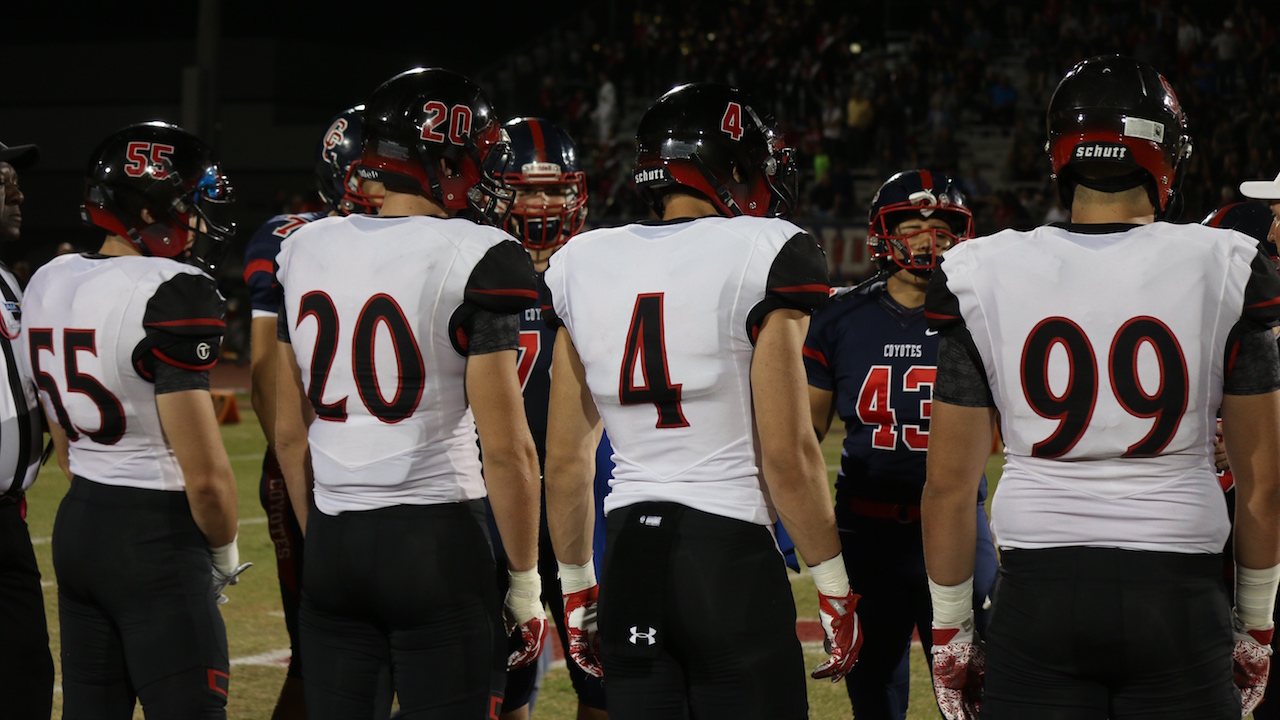 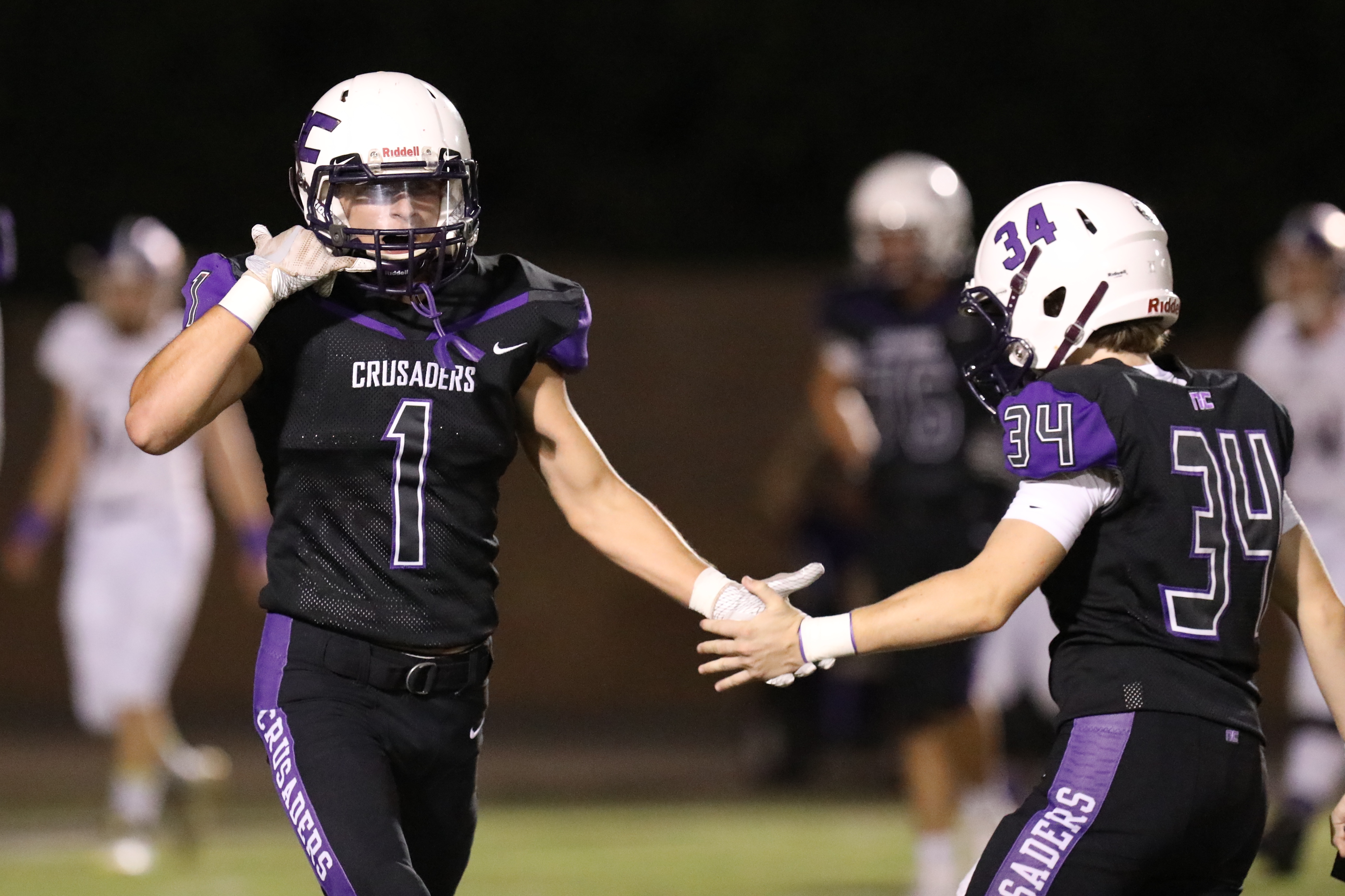