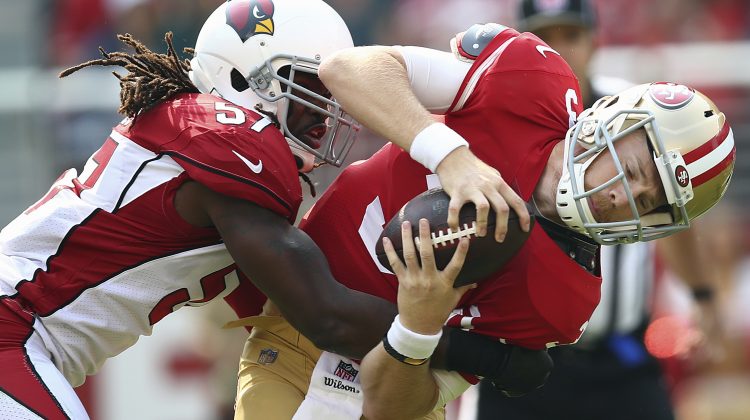 Defense was the calling card of head coach Steve Wilks when he came to the Cardinals from Carolina. So it was only fitting on Sunday that the Arizona “D”  would be the big reason for Wilks to claim his first NFL victory as head coach, winning at San Francisco 28-18 . The defense was on the field for 92 plays. 92 plays!! However, they would cause five turnovers, including a Josh Bynes 23 yard scoop and score in the fourth quarter that would give Arizona  a 21-13 lead. Chandler Jones played at a Pro Bowl level throughout the afternoon. 6 tackles, 2 tackles for loss, a forced fumble, a knock down pass on a two-point attempt by the 49ers. 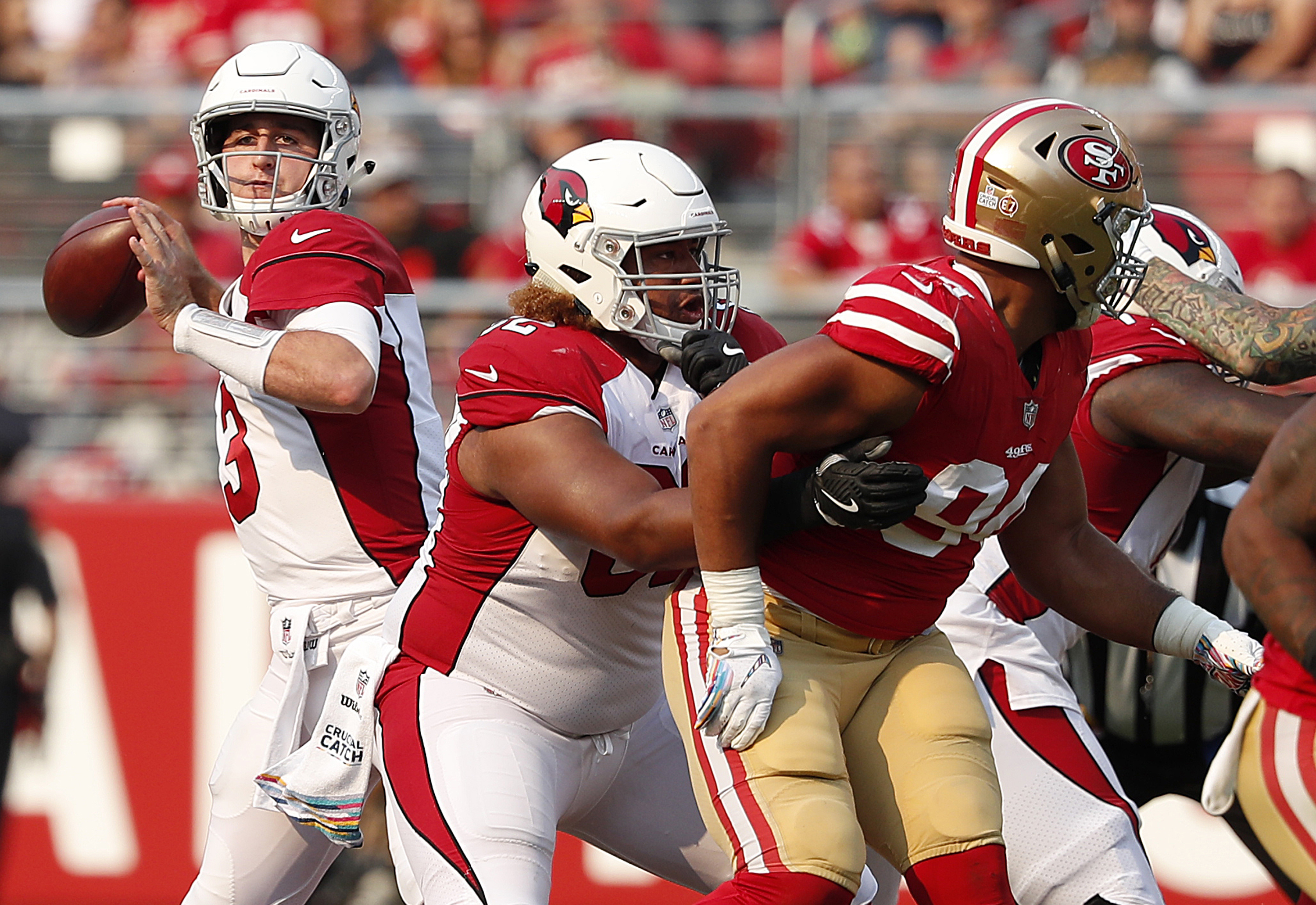 The very first offensive play by the Cardinals was a 75 yard touchdown throw by Josh Rosen to a streaking Christian Kirk. After that, the offense was pretty much non-existent. David Johnson would score from 2 yards out in the second quarter, giving the Cardinals a 14-6 lead going into halftime. He would add a fourth quarter score as well. While Rosen didn’t have his best day on the field, he is now 1-0 on the road as a starter going into next weeks road game at Minnesota. The offense as a whole wasn’t productive on Sunday. But a win is a win. Give credit to Wilks for keeping his team positive and focused.