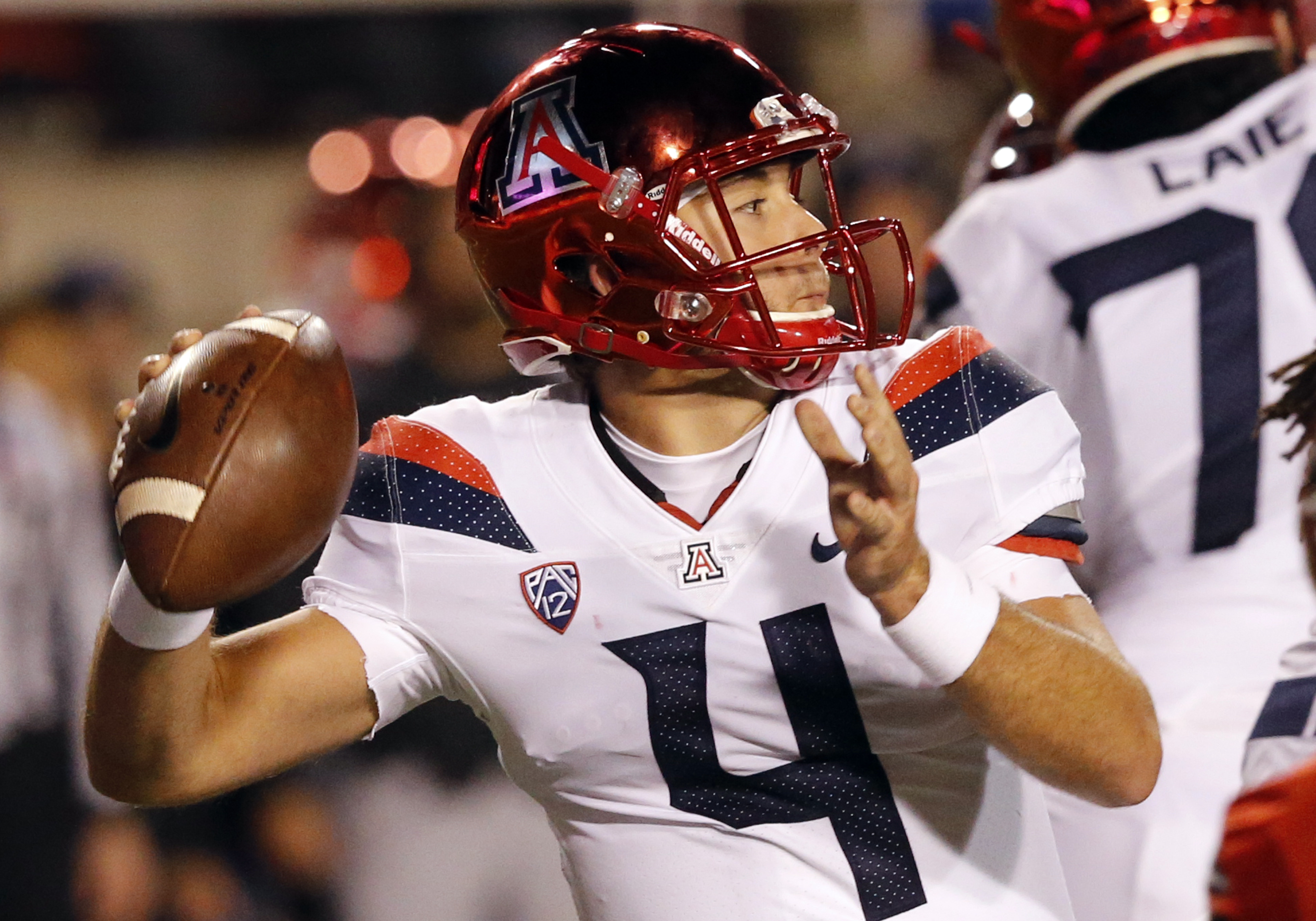 In what will go down as one of the more intriguing story lines of the 2018 college football season, Rhett Rodriguez, the son of former Arizona head coach Rich Rodriguez, will be the starting quarterback for the Wildcats this Saturday against UCLA.

BREAKING: Khalil Tate (ankle) will sit out at least one week. Met with Kevin Sumlin last night. Rhett Rodriguez will start against UCLA. Freshmen Jamarye Joiner/Kevin Doyle will get reps and might play as well.

Rodriguez played well under extremely difficult circumstances last Friday night, finishing  20-of-38 for 226 yards and a touchdown in a 42-10 loss at Utah.

Tate has been battling an ankle injury he sustained in week two against Houston. Reports are that he will be sitting out at least a week.