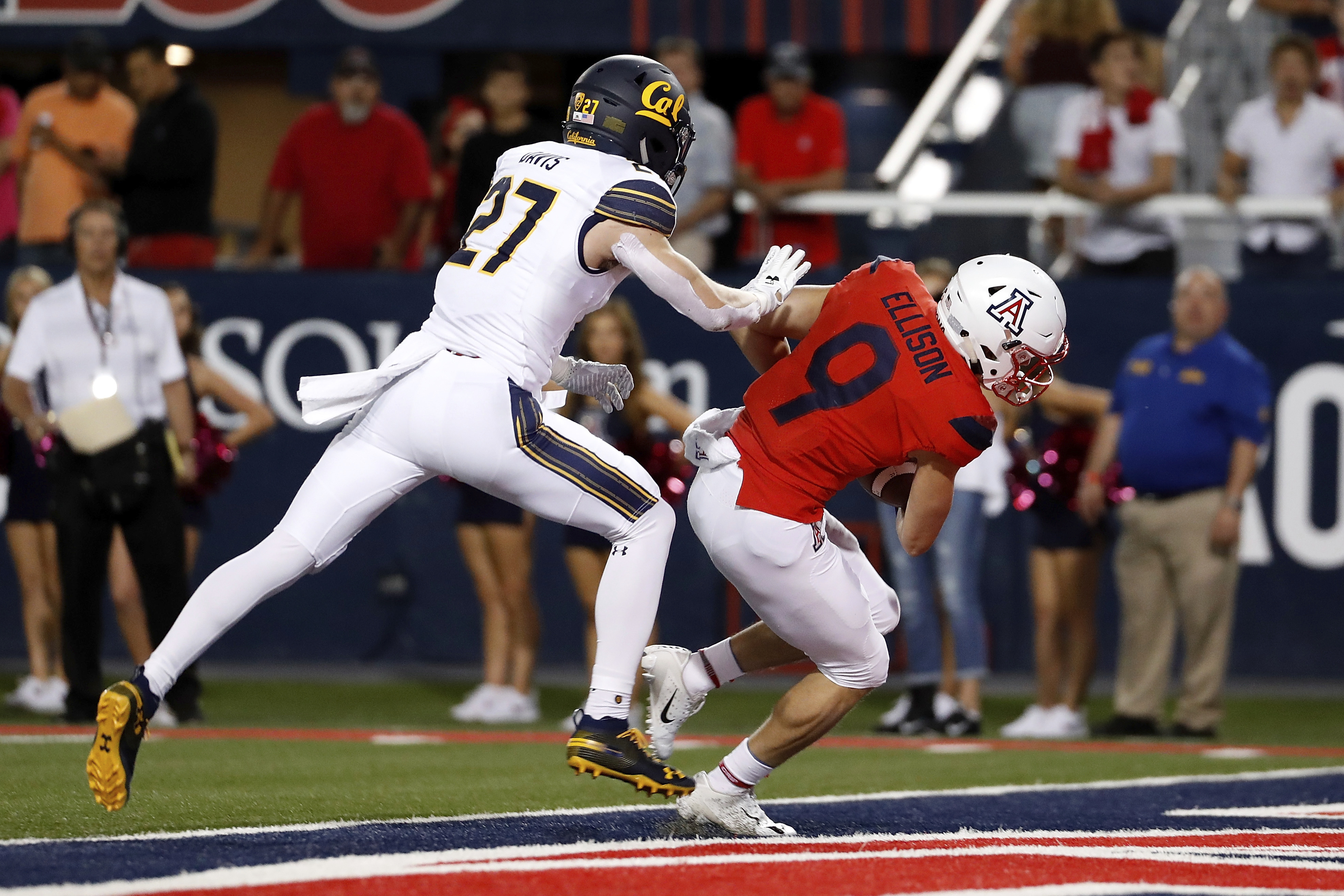 Arizona won their second Pac-12 game of the season Saturday night because of their defense.  Four second half turnovers by the visiting Cal Golden Bears would be the difference as the Wildcats would win 24-17. It was the fifth consecutive time that Arizona beat the visitors from Berkeley.

Khalil Tate played through a gimpy ankle throwing a first quarter touchdown to Tony Ellison to give the Wildcats a 7-0 lead. . At one point Tate would have to leave the game for true freshman quarterback Jaymarye Joiner. The offense would put up just 265 total yards,  the fewest yards the Wildcats have had in a victory since 2009 against Arizona State.

Two interception returns for touchdowns by Arizona in the second half proved to be the difference. Azizi Hearn would pick off Bears quarterback Brandon McIlwain  in the third quarter and take it  34 yards to the end zone making it 17-14 Wildcats.

In the fourth quarter Scottie Young Jr(2 INTs on the night) would pick off a pass and gor 24 yards for what would prove to be the winning points of the game.