In 1912, Arizona became a state in the USA. Only ten years later, the Peoria Unified School District opened their first high school in what is now known as the west valley.

As the city of Phoenix grew, more people fled to the empty dirt and mountains out in the northwest and took their high schoolers to PHS. By the 1970’s, it was too much to handle. Plans for a second high school began, but in the meantime, they placed all freshmen who would go to the other school on Peoria’s campus. Then in 1978, Cactus High opened its doors and brought in that group for their sophomore year.

Cactus had no intentions to form a varsity football team but couldn’t find enough competition with just a junior varsity team. Coaches Paul Williams and Ray Mitakowa decided to make a varsity roster instead, composed of just four juniors, and 27 sophomores. 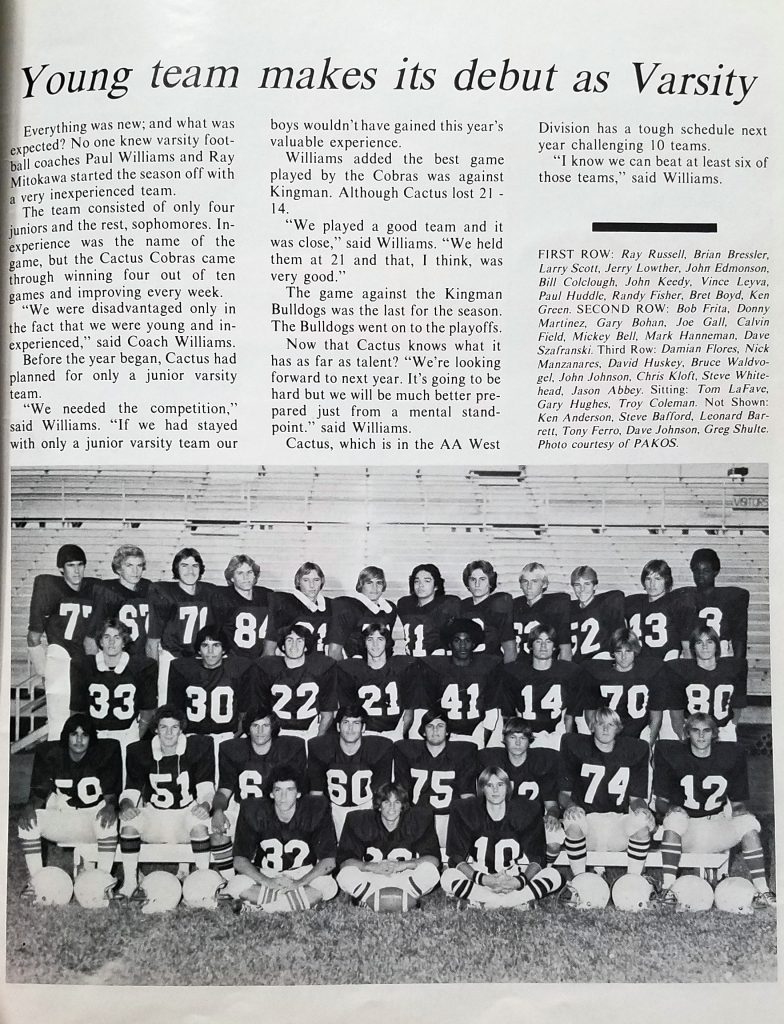 Cactus would finish 4-6 in its inaugural season but maintained a winning record every year after until 1992. Peoria was delighted to meet with their former campus-mates in 1978, shutting out Cactus 26-0.

“I think early on there was a legitimate hatred for one another, and I’m not saying that’s a good thing,” said Peoria head coach, Will Babb.

This year marks the 40th anniversary of the first Cactus-Peoria meeting in this storied rivalry. One sideline hosts a seven-year head in Will Babb. Not only has Babb already climbed to third on the all-time win list as a coach, but he also holds the record for most passing yards in a season as a Peoria quarterback in 1987.

Babb also won this rivalry on the biggest stage possible, the 1987 state championship. “It was pretty unique because we all knew each other. I think there’s a mutual respect now. I think we’re very similar and that’s the biggest thing that has changed.”

(Will Babb playing in the 1986 State Championship game. Courtesy of Will Babb and Peoria High School)

The sideline of the blue and silver will look different this year. For the first time since 1985, Cactus is not coached by Larry Fetkenhier. Instead, first-year head coach, Joseph Ortiz will be at the helm of the Cobras in this year’s rivalry game.

“I just know it’s a deep tradition,” said Ortiz. “I grew up out here in the west valley, so I always heard about Peoria and Cactus growing up. So, to finally be a part of it is going to be a really cool experience.”

This is a special rivalry that the athletes involved recognize even when they’re in grade school. Peoria’s division of the Peoria Student Broadcasting Network will also stream the game live for any alumni across the nation to watch.

“I’ve been going to Cactus-Peoria games since 6th grade,” said Cactus senior middle linebacker, Matthew Herrera. “To be a part of it and be on the field was something I’ll never forget.”

I’ve never watched a game like this, I’ve never felt anything like this,” said Peoria senior offensive lineman and Boise State commit, Jacob Golden. “People come from the 1950’s and they have the same passion that they did when they were here at Peoria.”

This year’s game will once again mean more than just bragging rights. Both teams are currently ranked in the top ten of the AIA’s 4A Conference rankings. The winner of this game could take a first-round home tournament game and force the other to play on the road.

“It’s always good when both teams are playing at a high level,” said Ortiz. “That just brings an extra bit to the rivalry.”

“You want to win,” said Babb. “It’s like the two-brother syndrome. They’re the two oldest high schools and you always want to beat up on your brother.” 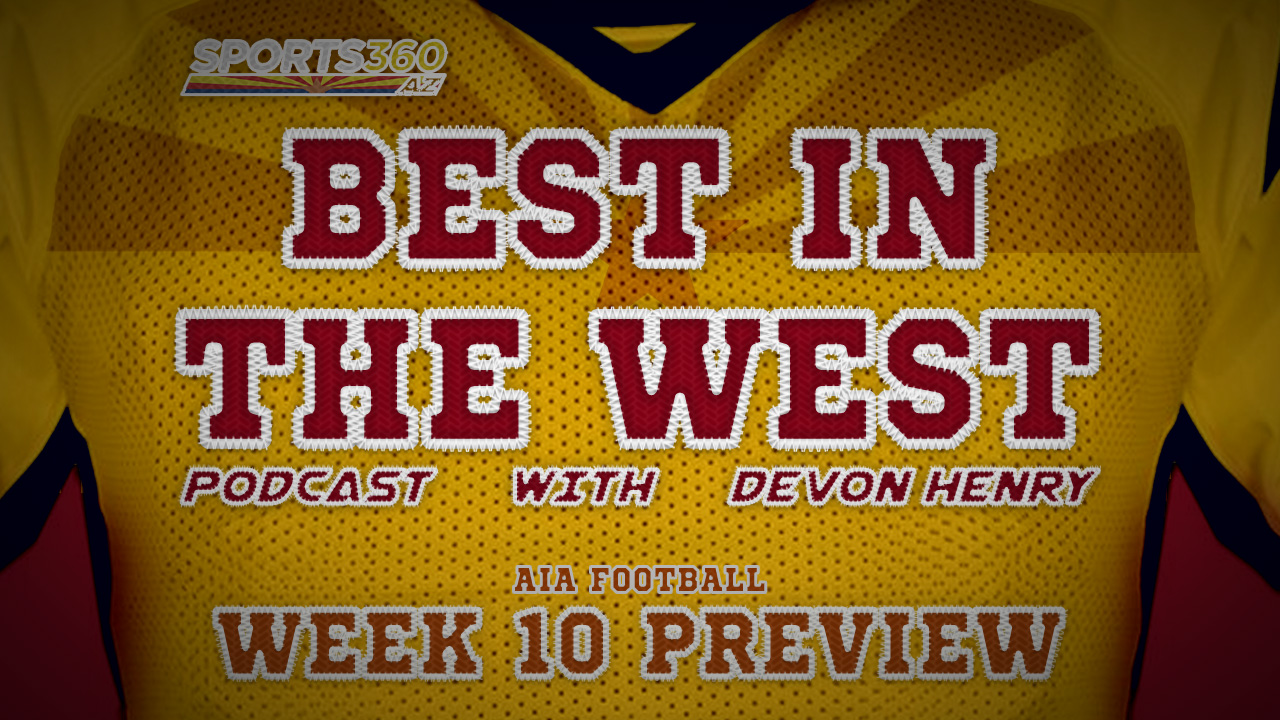