We have reached the halfway point of the Arizona high school football season.

I was on bye last Friday and didn’t attend a game but still plenty of things caught my eye since last week’s ‘Zone Read’ dropped so let’s get this going with the game everybody’s talking about Friday.

Sure, when you have a trio of former Firebirds at #SagU and one has been throwing a bit of shade on social this week leading up to the first meeting between the two schools since Christian Kirk single-handed put a cloud over #ChapTown back in 2014.

You free next weekend?? @CtownBirdcage

As expected, it didn’t take long for Robinson’s former school to reply.

Anyone remember this kid?? https://t.co/Co0vuQQInz

A chiseled 6-foot-3 and close to 210 pounds with a handful of Division I offers, Robinson is no kid. But he is excited to see some old friends from up the road.

“It’s a very personal game,” Robinson, who played his freshman and sophomore seasons at Chap before transferring to #SagU said to ‘The Zone Read.’ “Seeing them again will be crazy because of the long history of the rivalry. A lot of guys on our team know Chaparral players and vice versa, I feel that’s what really made it flame.”

Expect that flame to only get bigger and hotter the closer we get to #FridayNight360AZ.

“I feel like that’s a big vibe going around,” Firebirds’ junior quarterback Jack Miller told the #FridayNight360AZ Preview Show this week on the showdown. “We don’t like them and they don’t like us for sure.”

Sure, so the feelings are mutual between the ‘Birds and ‘Cats but that didn’t stop the Ohio State commit from making an on-air Columbus sales pitch to some of his neighbors to the south.

Saguaro and Chaparral have long memories.

One of the more controversial and still talked about games was back in 2011 when Chaparral wiped the floor with Saguaro 65-0 en route to a 14-1 championship season.

Then Saguaro head coach John Sanders “rested” a number of star players, including a running back named D.J. Foster who rolled up over 3,000 yards and 54 touchdowns that season and star sophomore quarterback Luke Rubenzer.

Sources close to ‘The Zone Read’ said a rift started when Sanders went out of his way to flash his championship ring during a Scottsdale area head coaches meeting after the 2008 season which ticked off Chaparral head coach Charlie Ragle who vowed not to forget the next time the two schools played. The Sabercats beats the Firebirds twice that season, including the 4A Division I State Championship game.

A few years later Ragle got his wish and kept his promise, despite Sanders not playing nearly all of his starters.

The most alarming part of the story is sources told ‘The Zone Read’ that spring Sanders was telling college coaches visiting their workouts that he would likely rest most of his players against Chaparral.

Word got back to #ChapTown and, true to his word six months earlier, Saguaro’s starters warmed up but did not start or even play that night in late October of 2011.

After spending two seasons at the University of Wisconsin, Lyles bounced back to Arizona and has been flat out balling for Scottsdale Community College.

Five touchdowns and over 500 yards in the air was more than enough for Kare Lyles of No. 10 Scottsdale to earn #NJCAAFootball Player of the Week honors!#NJCAAPOTW pic.twitter.com/0j57Gc7LSZ

The Artichokes are off to a quick 3-0 start with lopsided wins over Mesa, Phoenix, and Glendale Community College.

It’s yet to be determined how Herm Edwards first full in-state recruiting class will play out but give the Sun Devils’ staff credit for targeting in-state players early, despite not playing at your usual power programs like Chandler, Mountain Pointe, Pinnacle, Chaparral, Saguaro, Higley, etc.

Names like Ricky Pearsall (Corona del Sol), Roman DeWys (Basha), Andre Johnson (Tolleson) and Anthonie Cooper (Millennium) may not move the meter on a national scale (all three-star recruits) but identifying talent early, regardless of where they played, is something the previous regime struggled with in Tempe.

COMMITTED ?⬆️ Thank you @ASUFootball @CoachNua and @donnieyantis for enabling me to further my education and play football at the collegiate level pic.twitter.com/bDsNxI1KcT

“I feel at the very least it is the job and duty to evaluate in-state kids from non-traditional powers,” Sports360AZ.com recruiting expert Jason Jewell said to ‘The Zone Read.’ “I can understand a school like Florida State coming to Arizona and recruiting for a day or two and only having the time to scout a few schools, but the three local division-one schools must do their due diligence to properly evaluate local prospects.” 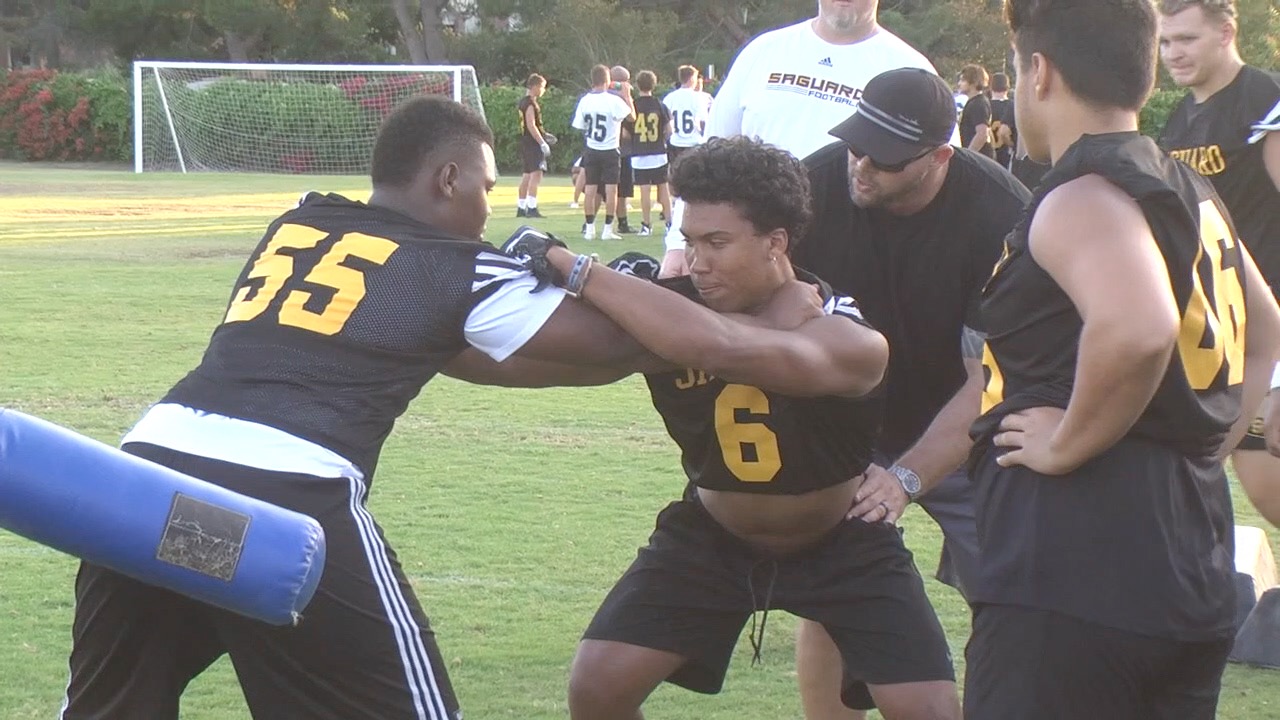 Zone Read: School’s Out For Summer