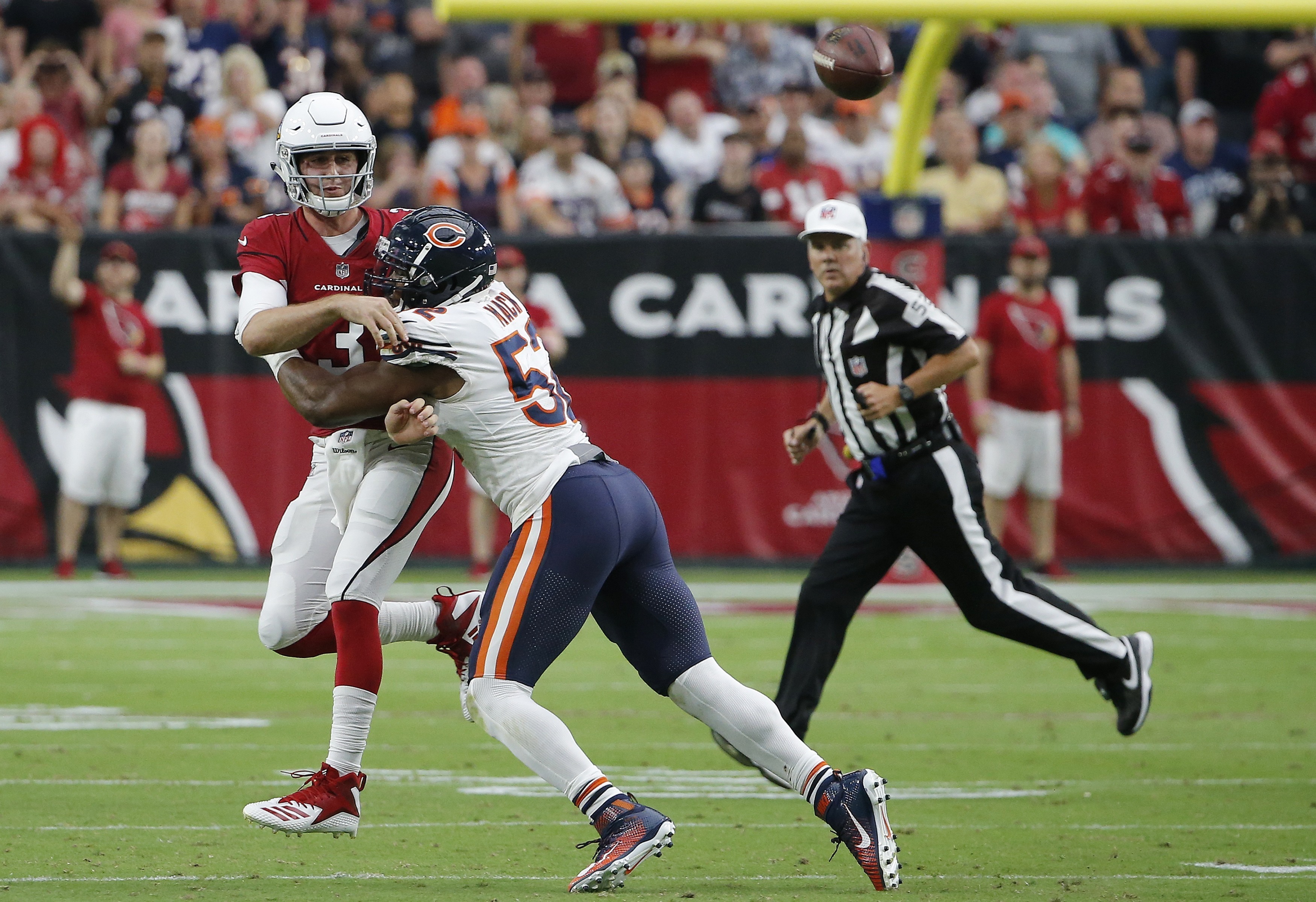 The Arizona Cardinals returned to State Farm Stadium Sunday afternoon and lost a heart-breaker to the Chicago Bears 16-14 in front of a spirited crowd of 62,163. With the setback the Cards fall to 0-3. The Bears are now 2-1.

1. Rosen, Chosen…Head coach Steve Wilks made the call late in the fourth quarter with the Cardinals trailing by two. Enter Josh Rosen. The rookie for UCLA made some nice throws and at times didn’t look overwhelmed but being thrown into the fire against Khalil Mack and the Chicago defense isn’t exactly a recipe for debut success. “I felt like we needed a spark,” Wilks said of the decision. “We got a little stagnant there. I wanted to try to spark the team and that’s why I made the decision. Under the circumstances there…I thought he did well.” Rosen finished 4-7 for 36 yards but his interception in the waning moments inside Bears’ territory realistically ended the Cards’ best opportunity for a comeback win. “I threw a pick and almost a second pick-six,” Rosen said with a wry grin. “So we have a lot to work on. The NFL is tough league full of tough situations.”

2. So Now What?…As expected, Wilks was non-committal when asked who will start Week Four against the Seahawks. “I’m going to look at everything and make sure I make the right decision for this team,” Wilks explained. While Sam Bradford looked good early, he struggled in crunch time throwing two interceptions and losing a fumble deep in Chicago territory. The reality of the situation is Arizona is now an extreme long shot to make the playoffs so is it best for Wilks to speed up Rosen’s NFL learning curve? We’ll know in the coming days but no one will argue the buzz inside State Farm Stadium when he stepped on the field Sunday.

3. Starting Fast…After sleepwalking through the first two games, Mike McCoy’s offense showed life from the jump taking the opening kickoff and marching it right at Chicago’s vaunted defense on a five-play, 75-yard drive culminating with a Bradford touchdown pass to Ricky Seals-Jones. The sense of urgency not seen the last two weeks seemed to send a message to not only the Bears, but the Cards fans in attendance after Arizona was booed off the field in an ugly Week One loss to the Redskins. Despite the quick start, the Cards reverted back to their old offensive ways in the second half finishing with just 13 first downs and 221 total yards of offense.

4. History Maker…While it hasn’t been the most productive start to the season for David Johnson, a trend which continued Sunday, he did enter the Cardinals’ record book with his 21-yard touchdown reception from Bradford. The first quarter score was his 35th and the most of any player in franchise history in their first four seasons. What’s even more remarkable is Johnson missed 15 games last year with a dislocated wrist.

5. Safeties in Numbers…A bright spot defensively was the play of safeties Budda Baker and Tre’ Boston. Both were aggressive, sometimes too much so as Boston was flagged for a controversial personal foul in the fourth quarter, but each made big plays throughout the game.  Baker tied for the team lead in tackles (10), including two for loss (he also registered a half sack). Boston had seven tackles, two pass deflections and an interception.