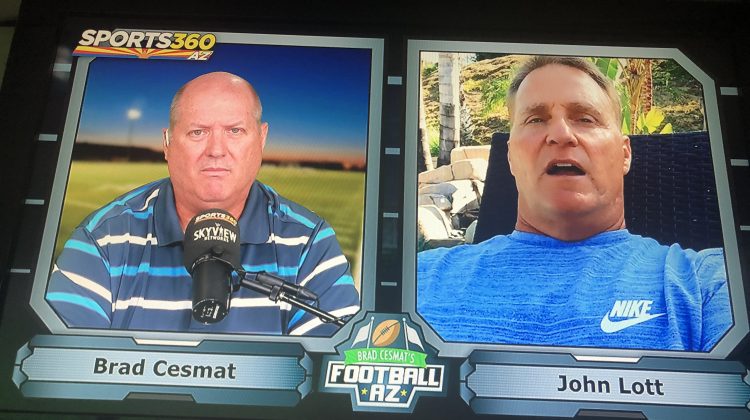 Sitting by a pool in sunny Southern California earlier this week, former Arizona Cardinal strength and conditioning coach John Lott joined me over SKYPE earlier this week. I am hosting a segment on Sports, Adversity and Inspiration this Sunday night at the Grove Bible Church in Chandler. John Lott can speak on all three subjects with ease.

“I was dirt, Bruce Arians was water, together we made mud”. That was his explanation as to why it didn’t work out with the Cardinals even though Lott was well-regarded by many player who were part  of the Super Bowl team in 2009.  Lott was let go.” I have nothing but found memories of Michael Bidwill, Larry Fitzgerald, Kurt Warner, and Adrian Wilson,and that group.Tt was hard when I was let go, it was like “shoot”.  Lott’s signature phrase was “Get Your Mind Right”. It was a saying that stuck during his time with the Cardinals.

Lott and Fitzgerald are going to go out to dinner on Friday night. Saturday they will line up on opposite sidelines in Glendale for the preseason opener.

It’s worked out for Lott. Chargers head coach Anthony Lynn grew up “in the next town over from me in Texas” Lott said in his Texas twang.