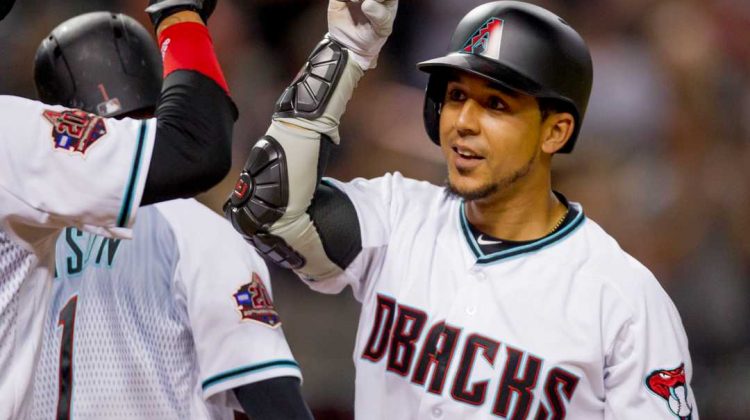 The Diamondbacks have won two consecutive series now with a series win against the Pirates. It was a wild series with a come from behind win on Monday to a long one on Tuesday where the D-backs held on to take the series, but dropped the finale on Wednesday.

The Pirates are known to play old school baseball under manager Clint Hurdle. On Monday, a retaliatory pitch by Pirates’ Joe Musgrove turned into the undoing of Pittsburgh in game one of the series.

Musgrove pitched a solid six innings, coming out for his seventh inning of work, when he retaliated for a hit-by-pitch in the top of the frame. D-backs’ Braden Shipley had hit Pirates’ second baseman Josh Harrison with a pitch. Musgrove came out and hit Chris Owings to start out the bottom of the seventh in retaliation, which he confirmed.

“That’s how I was raised to play the game,” Musgrove told the media on Monday. “You protect your teammates, especially when a guy like that (Harrison) gets hit…He got hit 25 or so times last year and got hit in the hand earlier this year with the same injury as last year and that’s something that we don’t allow to happen.”

The Diamondbacks ended up scoring five runs in the seventh inning to tie the game, then added on four more in the eighth to get the win.

D-backs’ manager Torey Lovullo said he preferred the clean way of getting runs and getting the win.

“I’m not a really big fan of taking a baseball and throwing it at somebody as hard as you can,” Lovullo said. “I know that there are some old school baseball thoughts and old school baseball traditions that are still followed. I believe there are other ways that you can go out and operate and make things hurt. If that’s the case and something like that did happen from their side, I think we certainly did what we needed to do to retaliate in the most cleanest, purest way possible.”

Zack Greinke came out with a 1-2-3 inning in the first on Wednesday, but struggled in the second. Greinke gave up a single, walk, double, walk and another double to give the Pirates a 4-2 lead early.

“Zack unfortunately didn’t have his best stuff today,” Lovullo said. “A 40 pitch second inning, where he gave up some runs, there were some key blows there.”

Greinke came back out in the third and had a second 1-2-3 inning, then nearly had another in the fourth, but he gave up a home run to Jordy Mercer, ending his outing.

The newest Diamondback had himself a day in his second game at Chase Field as a D-back on Tuesday. Jay went 3 for 5 with a home run and three RBIs.

"I love the way this team grinds. … I'm looking forward to the whole summer here." — Jon Jay after his 3-hit night, including his first #Dbacks HR. pic.twitter.com/itfbu6l4OF

The outfielder got the D-backs’ offense going in the first inning with his first hit as a Diamondback. Arizona scored six runs in the inning to get the offensive onslaught started.

On Wednesday, Jay had a clutch two RBI single in the bottom of the ninth to come within one, but the Diamondbacks couldn’t get the win. Jay went 2 for 4 with a walk.

“When you switch teams and get traded, there’s always some excitement,” Lovullo said of Jay. “You’ve got to get familiar with your surroundings. I knew he wasn’t swinging the bat particularly well with base hits, but he was taking healthy swings at the ball and still getting on base in the Colorado series, so we’re seeing a little bit more of what we know and what he had done this year in Kansas City.”

In Tuesday’s victory, the D-backs had a season high 13 runs scored and won their season-best fifth straight.

Thirteen runs and a fifth straight eclipsing 8, so can't argue with that assessment. pic.twitter.com/XtYs2LUpkh

David Peralta’s home run in the first inning on Wednesday was his 500th hit.

The Diamondbacks host the Mets for four games starting on Thursday. Probable starters for the series are Matt Koch on Thursday, Zack Godley on Friday, Patrick Corbin on Saturday, and Clay Buccholz on Sunday.

The last time the D-backs matched up with the Mets was in New York from May 18-20, where the Mets swept the series.

@Sports360AZ D can’t stop anything or tackle. Offense has gone conservative. Afraid to throw the ball. And when they do. WR can’t catch it.
View on Twitter
0
0