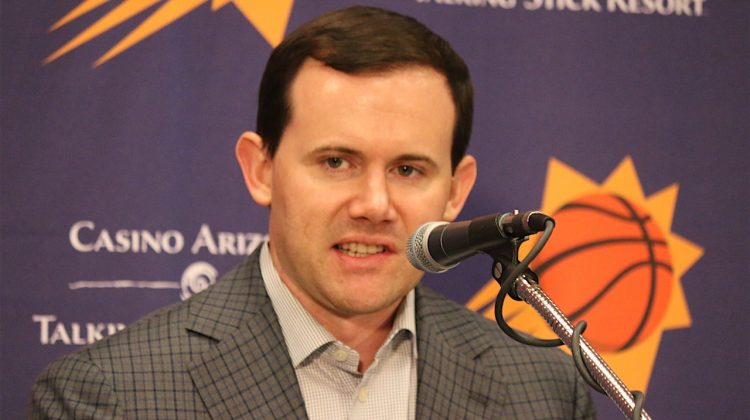 Figuring out how to get really bad, in order to get really good is at the halfway mark for the Suns. Trophy Guy(don’t you miss him?) isn’t going to come out of mothballs just because our Heroes on the Hardwood figured out how to lose just enough to get Deandre Ayton in a Suns uniform.

Robert Sarver has to figure out ways to convince big-time players to come to Phoenix. Until he does that, then the playoff drought of 8 years is likely going to continue. Jared Dudley, Brandon Knight, Tyson Chandler,  Michael Beasley  and Goran Dragic, are the last five recognizable names to have signed with the Suns. All were brought in to play a role. None of them were considered a star player. LaMarcus Aldridge and Blake Griffin used Phoenix as leverage to get better deals elsewhere. Those were the two stars that the Suns(to their credit) swung and missed on.

Look, I know, most of those who have followed the Suns want to believe that a core group of Ayton, Josh Jackson, and Devin Booker is going to bring the Suns back to glory. That’s not how it works in the NBA. Golden State had to develop their core, but they also had to present a consistent winning culture to Kevin Durant. They had to convince Andre Iguodala that he could extend his career and win titles in the Bay Area.

Losing games in order to get the top pick is just business. That part has been accomplished. But if I am to believe that this ownership is really dialed in on building a top flight team, they must win some of the off the court battles on July 1st when free agency and trades commence. Anything short, is just another example that aside from losing big, this once proud franchise is still stuck in the ditch.