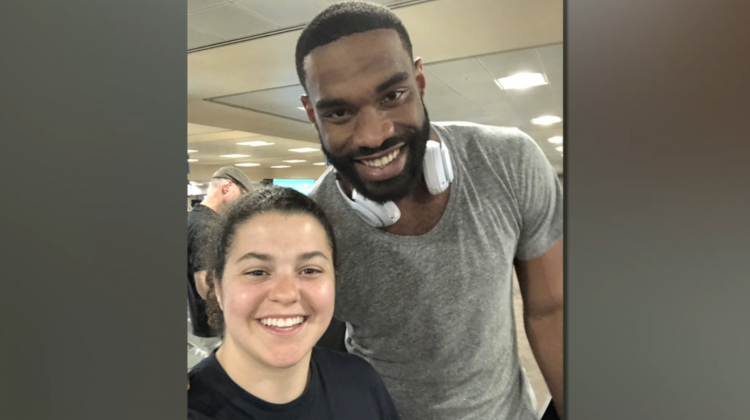 These two expressions are frequently bantered around but not always executed by members of society. Luckily for ASU law student Delilah Cassidy, she recently experienced both thanks to Arizona Cardinals tight end Jermaine Gresham.

Cassidy was coming back from a trip overseas when she encountered a problem with American Airlines regarding the size of her travel bag. She was attempting to catch her flight from Los Angeles to Phoenix after spending some time visiting Europe.

She couldn’t pay the additional bag fees because her card was being declined and the airline wouldn’t accept cash.

That’s when Gresham intervened and paid the $50 fee on his credit card so she could board her flight on time and return to Arizona.

When an airline’s policy left @Delilah_Cassidy in trouble, @AZCardinals tight end Jermaine Gresham stepped in to make sure she didn’t miss her flight. https://t.co/HeRTMkHjGi

“He said, ‘Ok, I got it, just put it on my credit card,'” Cassidy said to Sports360AZ.com in a phone interview Thursday morning on ‘The Brad Cesmat Show.’ “He said, ‘I got this.’ He turned to me and said, ‘Have a great flight.'”

Thanks to Gresham’s gesture, Cassidy boarded the flight on time and began tweeting a string of tweets about the stranger helping her out in need.

In the middle of the short flight to Phoenix Cassidy was alerted by one of the flight attendants that the “stranger” who helped her out was a professional football player.

Cassidy, a sports journalist, started brainstorming who the man was.

“I said,” Cassidy recalled to Sports360AZ.com. “‘That’s who it is. It’s Jermaine Gresham.”

Update: It was Jermaine Gresham. pic.twitter.com/aJ0bXoNm8Q

The two were reunited again at the baggage claim at Sky Harbor Airport where Cassidy snapped this photo with her ‘Hero of the Day.’

“He told me,” Cassidy explained. “‘You don’t have to pay me. Just pay it forward.’ It was insane that this person who we watch on TV every Sunday [helped me].”