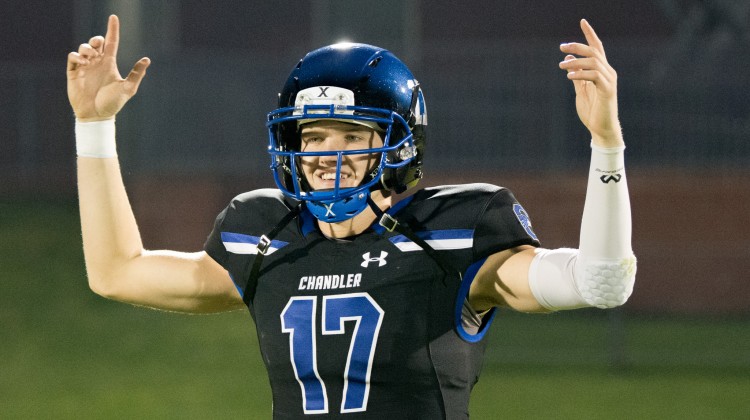 Now, they’ll be able to do it as BYU Cougars.

Romney signed with the Cougars last recruiting cycle, and on Sunday, Conover committed to BYU as well.

Conover, a four-star recruit, led Chandler to back-to-back state championships and has been the model of consistency. As a sophomore, he threw for 3,715 yards with 32 touchdowns and five interceptions. As a junior, he matched that touchdown total in five less games played. He threw just two interceptions as a junior.

This offseason, Conover won the quarterback MVP at the San Francisco regional of The Opening.

?Committing to the school of my dreams…?Go Cougs❕ #ALLIN pic.twitter.com/uSgLTPo2uf

“Conover is a fantastic player that can make all the throws,” Sports360AZ recruiting insider Jason Jewell said in a message. “He has a quick release, thros a nice ball and is extremely accurate.”

Conover held offers from Alabama, Arizona State, Ole Miss, Oregon State, Washingotn State, among others. He told 247Sports he will go on a two-year LDS mission before attending the university.

The Chandler Wolves kick off their 2018 season atCorona Centennial (Calif.) on August 17th.