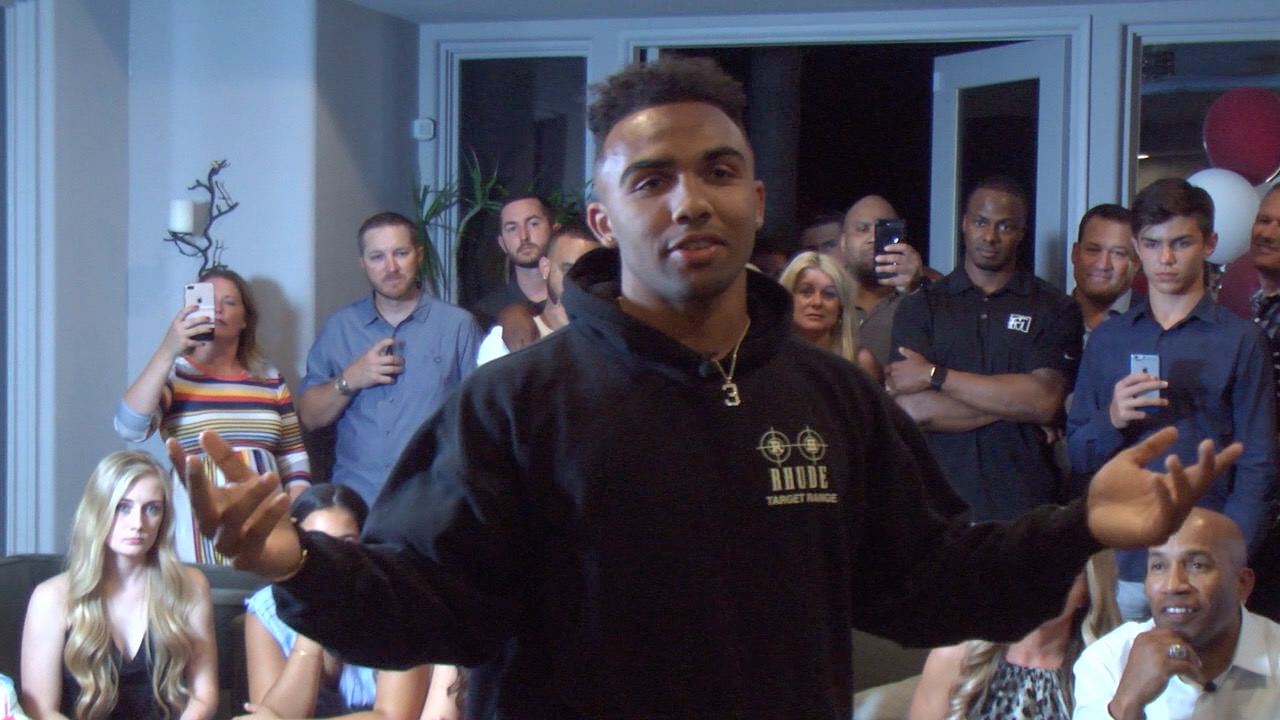 Now he plans on making each and every single one of those teams regret their mistake whenever he hears his name called, likely early in the second round on Friday afternoon.

A lot of names taken tonight. You all are going to feel me, trust me.

“32 teams said I wasn’t good enough, that’s fine with me,” Kirk said to a select group of family and close friends. “Whatever they want to say, I’ve always found my way.”

“So tomorrow,” Kirk continued. “When a team picks me, I promise you every team that passed me before is going to regret the whole thing.”

Watch the whole video below.