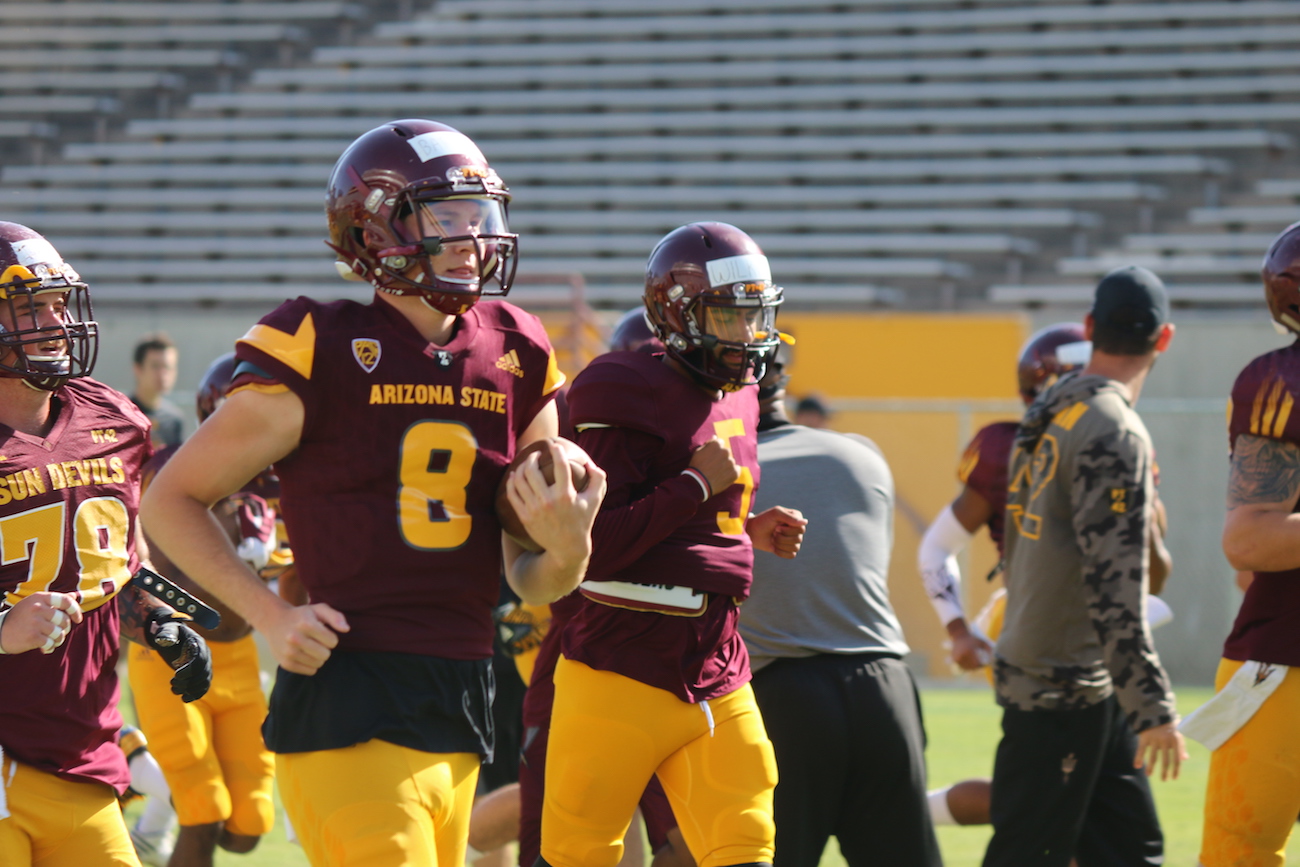 Reports have come out that ASU quarterback Blake Barnett intends to transfer from the university. He plans to graduate this semester and have two years of immediate eligibility.

Barnett, a one-time five-star quarterback prospect, started his college career at Alabama and started one game. In 2016, Jalen Hurts took over for him in the season debut.

After transferring to Arizona State (through cake), Barnett won an appeal to play immediately for the Sun Devils. Since he transferred shortly after his only appearance with the Crimson Tide on September 28, 2016, it was ruled he would not have to sit out any time during the 2017 regular.

Barnett was the backup to Manny Wilkins and went 3/5 for 40 yards.

There are reports he will visit the University of Southern Florida and Charlie Strong.