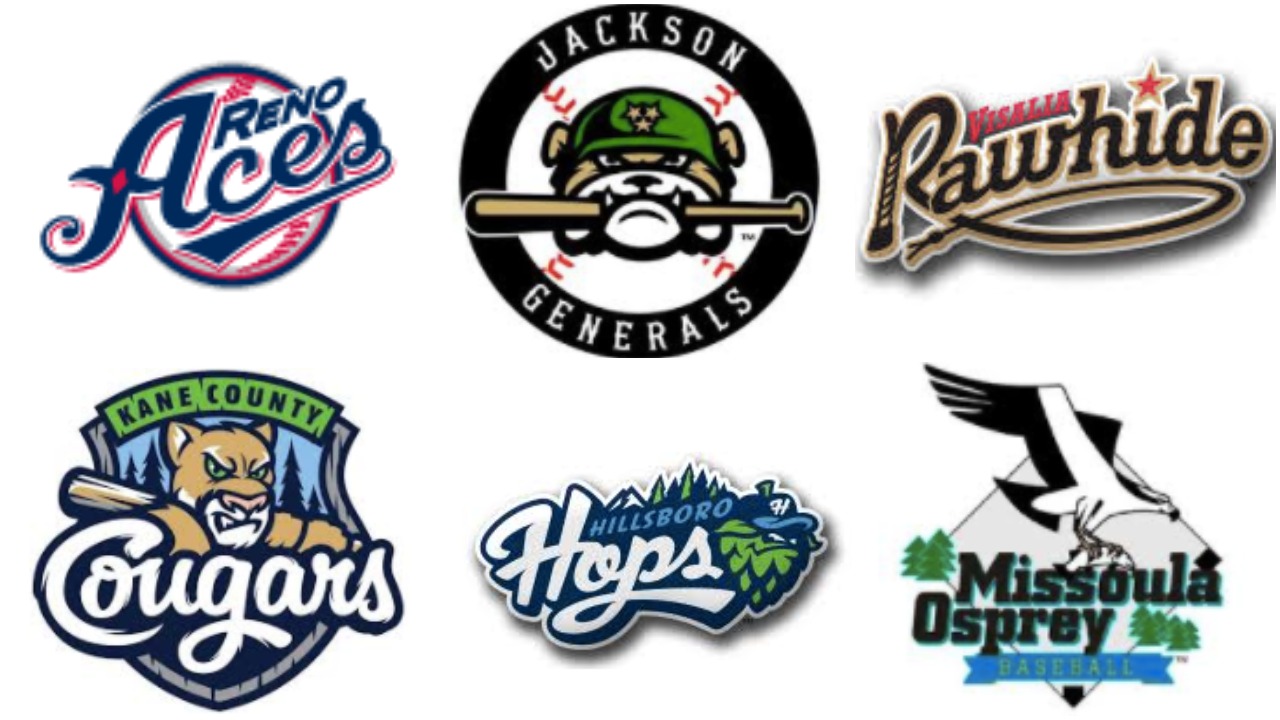 It’s Opening Day across Minor League Baseball. Diamondbacks’ prospects that were assigned to Triple-A through Single-A will begin their seasons today, while short season and rookie league teams won’t begin until June.

Here are the top D-backs’ prospects to keep an eye on with each of the Diamondbacks’ affiliates.

The Diamondbacks have already gone to Reno for some help in 2018. RHP Matt Koch was recalled after D-backs’ third baseman Jake Lamb sustained a strained AC joint in Monday’s game against the Dodgers. Six of the Diamondbacks’ Top 30 prospects will call Reno home this season including D-backs’ 2017 Organizational Player of the Year, first baseman Kevin Cron who is ranked at #20.

No. 7 Taylor Clarke, RHP
Clarke has moved up the ranks in the D-backs organization quickly. He made it to Double-A in his first season and in his second season was with Reno. Going into his third season of pro ball, the 24-year-old will be a pitcher to keep an eye on for a potential call-up to the bigs in 2018.

No. 14 Socrates Brito, OF
Brito made his big league debut in 2015, but has been plagued with injuries the last couple of years delaying a more permanent stay in Arizona. The outfielder can play all three positions and has power at the plate that could prove beneficial if he can stay healthy.

No. 15 Jimmie Sherfy, RHP
Sherfy was expected to crack the D-backs’ 2018 Opening Day roster, but dealt with some shoulder fatigue in spring training leading to the club wanting to ease him back into things.  In 10.2 innings in the bigs, Sherfy maintained a 0.00 ERA with nine strikeouts. The righty could be a key asset to the Diamondbacks’ bullpen if he stays healthy.

The Generals will likely have the Diamondbacks’ top prospect and MLB’s No. 74 prospect Jon Duplantier on their roster this year. Duplantier is spending some time in extended spring training rehabbing a hamstring issue, so will not make his debut in Jackson for a bit.

No. 4 Taylor Widener, RHP
Widener was acquired from the Yankees in the three-team trade with New York and Tampa Bay where the D-backs’ sent pitcher Anthony Banda to the Rays and infielder Brandon Drury to the Yankees for Widener and Steven Souza Jr. from the Rays. The 23-year-old is another pitcher that is expected to move up the ranks quickly.

Our farm system is definitely strengthening with great players like Pavin Smith, Kristian Robinson, & Matt Tabor. But closest to the Major League club would include Taylor Clarke, Taylor Widener – who we just acquired – and Jimmie Sherfy who fans saw last season. #DHallChat https://t.co/coWEZxOl0i

No. 23 Alex Young, LHP
Young finished seventh in the organization in 2017 in ERA with a 3.68. Right now he is a starter, but the D-backs are also believed to be working on developing him into a back-end reliever.

The Rawhide are one of MiLB.com’s most intriguing farm teams of 2018. Visalia’s roster boasts four of the Diamondbacks’ Top 10 prospects and seven total in the Top 30.

No. 2 Pavin Smith (MLB No. 91), 1B
Smith was the Diamondbacks’ first round pick in 2017, where Arizona drafted heavily for developed collegiate bats. In 2017 with Class-A short season Hillsboro, Smith averaged .318 at the plate with 15 doubles, 27 RBIs and an on-base percentage of .401.

Pavin Smith working to a 3-2 count and leaning over the plate to guide an off-speed pitch from Greinke into a hustle double. #Dbacks .@OutfieldGrass24 pic.twitter.com/94RDmSKW1b

No. 5 Marcus Wilson, OF
Wilson made strides in 2017 with Kane County. He drew 55 walks, finishing second in the Midwest League with a .385 on-base percentage. According to MLB.com, Wilson has “one of the best approaches at the plate of anyone in the system.”

No. 6 Daulton Varsho, C
Varsho was another one of the Diamondbacks’ 2017 selections for his developed bat out of the University of Wisconsin-Milwaukee. Varsho had 16 doubles, seven home runs and 39 RBIs with Hillsboro last year. He had a .311 average and an OPS of .902, which led the short season Northwest League. Varsho could make a move to the outfield as a pro player, but right now remains at catcher.

Kane County will have one of D-backs’ top international prospects in 2018. Jazz Chisholm was out with injury for most of 2017, but showed his potential in the fall at instructs in the Dominican Republic making him an prospect to keep an eye on.

No. 3 Jasrado (Jazz) Chisholm, SS
Chisholm is expected to have a big 2018. The 20-year-old has impressive skill in the middle infield, but at the plate is still looking to improve.

No. 19 Andy Yerzy, C
Yerzy has raw power at the plate that makes him a prospect to watch. The D-backs are still looking for improvements defensively and for more consistency offensively.

No. 24 Brian Shaffer, RHP
Shaffer is looking for more consistency with throwing strikes. The righty’s best pitch is his slider and he has an ability to control his pitches that stands out. He walked only one batter in 23 innings in his first pro season.

The class-A short season Hillsboro Hops and rookie league Missoula Osprey will not begin their seasons until June. Some of the D-backs’ top prospects that will be assigned to either of the aforementioned teams are still here in Arizona for extended spring training before they break to head to Hillsboro or Missoula.

No. 9 Matt Tabor, RHP
Tabor was the D-backs’ third round pick in 2017. Drafted out of high school, he will remain in extended spring training to develop more.

No. 10 Gabriel Maciel, OF
Maciel is looking to become the third player from Brazil to crack the big leagues. The 19-year-old is a switch hitter that knows how to work the strike zone and is looking to hone his craft even more in 2018.

No. 11 Eduardo Diaz, OF
Diaz is a player the D-backs are looking for more growth out of. The outfielder signed in 2015 and has made improvements in his first season in the States last year, but the Diamondbacks are still looking for more discipline at the plate. 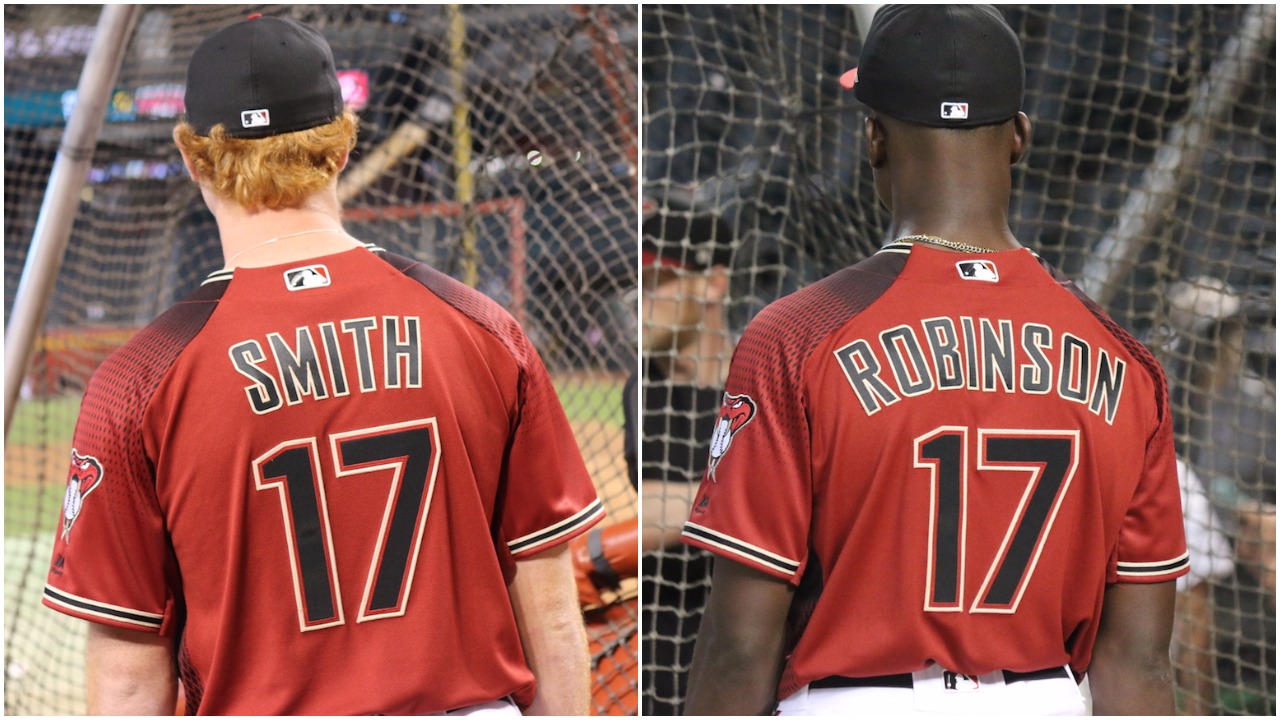 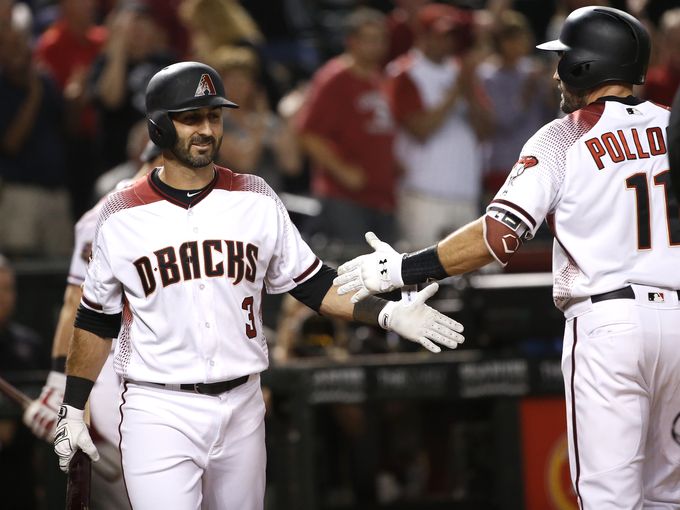 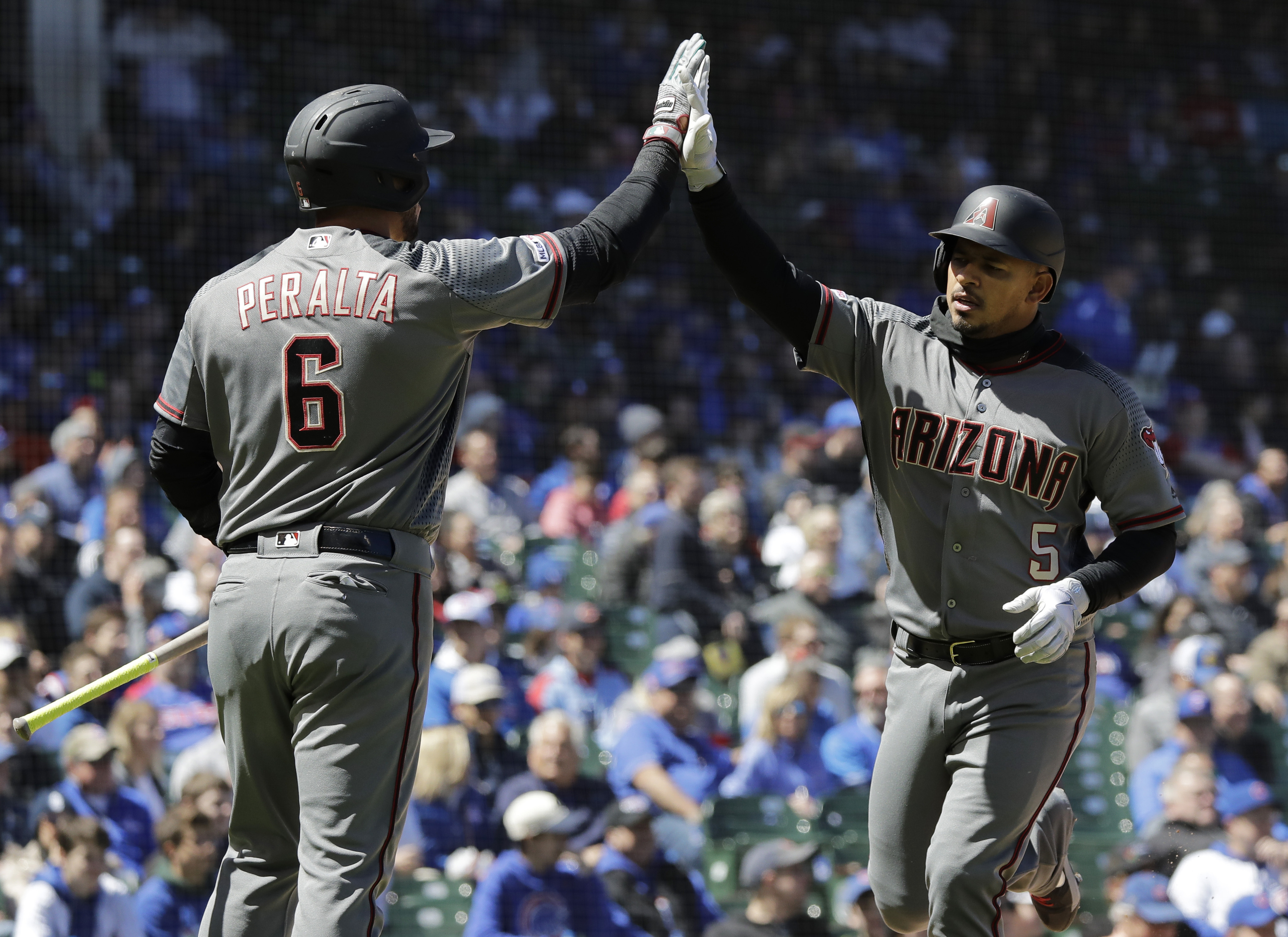