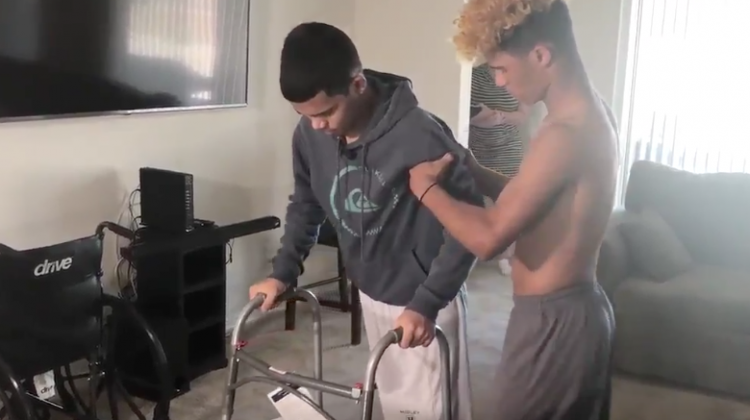 In late January, 15-year-old Marcus Edwards was told by doctors he had a brain tumor on his brain stem.

After spending 52 days in the children’s hospital, the sophomore has been sent home for the rest of his recovery.

Edwards has gone through two emergency surgeries. The first was not successful, which led to the second where doctors were able to extract the tumor. A biopsy on the mass found the tumor to be benign.

The Higley sophomore’s nursing staff, doctors, family, and friends have helped get him through this tough time, as well as his role model, Aaron Rodgers.

Edwards said he looks up to the Packers quarterback because of his kind persona and skill-set. Rodgers caught wind of Edwards’ situation and sent him an autographed hat to show his support.

Former Arizona Cardinals’ quarterback Kurt Warner is another legend to hear of Edwards’ condition. Warner extended his thoughts for Edwards by sending him an autographed football, as well.

In the last few days before Edwards was allowed to go home, Edwards told Sports360AZ.com he was looking forward to being home in his own bed with his dog and was excited to continue with physical therapy.

Edwards’ dog, a boxer named Jasmine, is a calming presence, Edwards said. When his symptoms started occurring Jasmine didn’t leave his side.

“My head started hurting worse,” Edwards said. “Usually my dog doesn’t sleep in my bed, (but) eventually she slept at the foot of my bed with me for the next couple weeks.”

Edwards’s mother is hopeful the worst is over and her son has come to learn something after all of this.