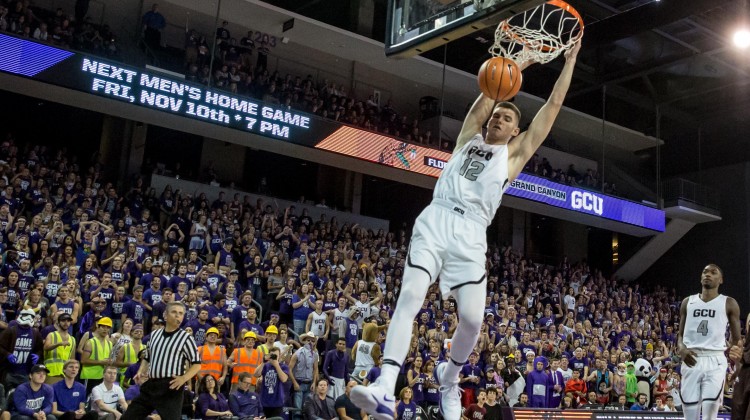 Fans of in-state college hoops should be aware by now that Grand Canyon University, Arizona State and Arizona basketball teams will all be in Las Vegas next week. Believe it or not, all three could be playing at the same time. It’s not even that far-fetched of a scenario.

The ‘Lopes are currently in third place in the WAC, with one game remaining. GCU will play CS Bakersfield on Saturday night to wrap up the regular season. If they win that game, GCU would likely play at noon next Thursday the 7th at the Orleans Arena. It will be the first-ever WAC Tourney game for Grand Canyon so there will be plenty of interest.

Down the street 2.9 miles, at noon next Thursday, Arizona State could be playing #1 seed Arizona at the same time. The Sun Devils would have to win their 8-9 seed game vs Colorado(likely opponent) on Wednesday in order to advance to meet the Wildcats.

Sports360az.com will be in Las Vegas for both the WAC and Pac-12 conference tournaments  next Tuesday. Brad Cesmat will be doing his show from the South Point Casino and Resort starting Wednesday at 10am.