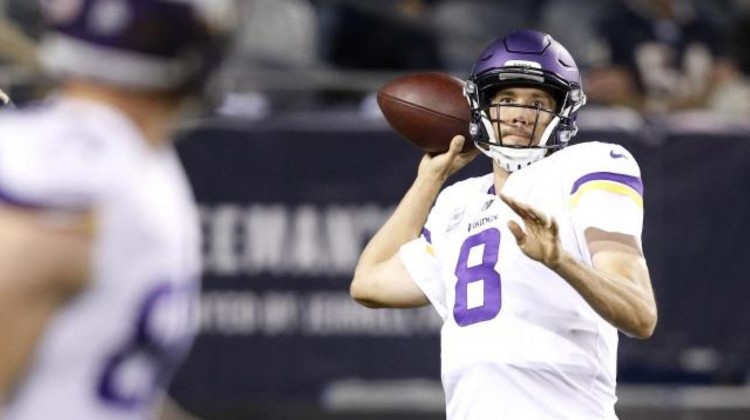 The Arizona Cardinals seemed to have found their short-term quarterback replacement for Carson Palmer. Late Tuesday morning reports surfaced the Cardinals are expected to sign free-agent Sam Bradford in the coming days.

Breaking: Sam Bradford intends to sign with the Arizona Cardinals. (via @AdamSchefter) pic.twitter.com/4HWWBcTzHj

The 30-year-old Bradford has dealt with several knee injuries throughout his career. The first overall pick in the 2010 draft played in just two games with the Minnesota Vikings last season.

Bradford has played with three different organizations (St. Louis, Philadelphia, Minnesota) and has thrown 101 touchdowns and 57 interceptions during his eight-year NFL career after starring at the University of Oklahoma.

The free-agency period officially opens at 1:00 on Wednesday.