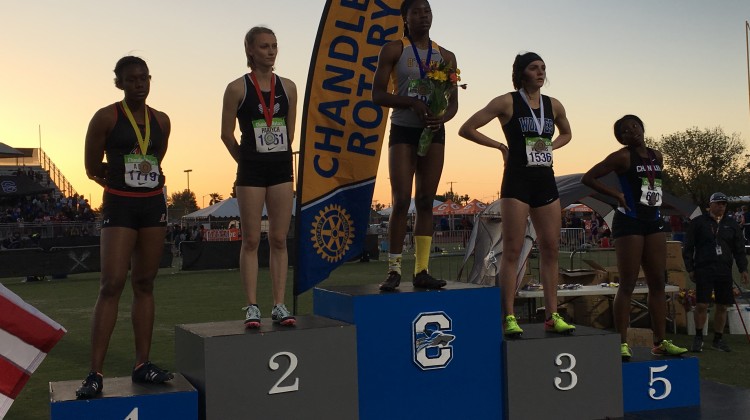 The 78th annual Chandler Rotary invitational, which played host to over 2,000 athletes this weekend, had a new record inked into its history book.

This was the O’dowd senior’s first time running at the Chandler Invitational and will be her last before graduating this spring.

“I’ll be attending Texas A&M University and I’ll mostly be running the 400,” she told Sports360AZ.com. “For my first year I’m just going to try to get used to the training, the team and all their fundamentals.”

Coming into the weekend Robinson-Jones said she had no goals to set any kind of record.

“Just running, that’s it,” she said. “No places, no times, no records, no nothin’. Just running and getting through the line.”

The new record holder said her success is credited to a rigorous and competitive practice routine.

“I practice with the boys and the team all the time,” she said. “They hate it but I’m making you faster, you’re making me faster, it’s a win-win on both sides.”

Robinson-jones added that the practice sessions with the boys’ team often ends with her being victorious.