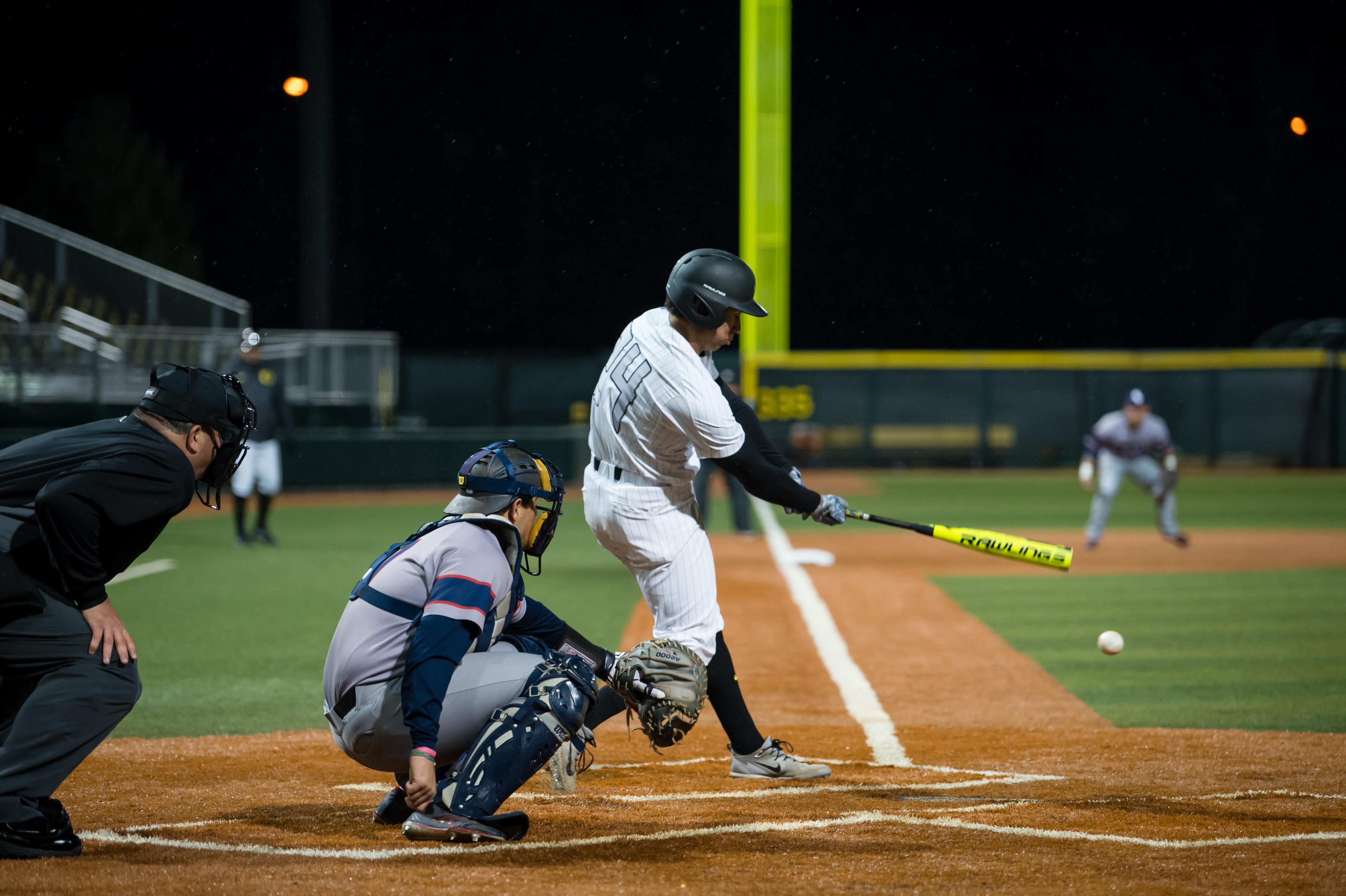 Oregon baseball freshman outfielder Evan Williams, returned to the Valley this weekend for the first weekend of Pac-12 play against Arizona State.

Williams is a 2017 graduate of Horizon High School. During his senior year, Williams had a .422 batting average with seven homeruns and 29 RBIs. He ended his high school career as the No. 3 ranked outfielder and No. 19 overall player in Arizona.

Despite a fantastic senior campaign at Horizon, Williams knew he would have to adjust on and off the field at the next level.

“Going into school it was a little more intimidating,” Williams said. “A whole new state, new people, new friends and I was just making sure I followed myself and stayed positive. I figured out college isn’t going to be like high school. I’m not going to be batting the same averages and playing as much.”

Williams said that both Kibler and Oregon head coach George Horton’s professionally-run programs and coaching styles made for an easy transition to Eugene.

“He (Kibler) runs his program top of the line,” Williams said. “There are some differences, it’s much more competitive, but overall I think he prepared me well for this.”

Williams began his first collegiate season with understandable first game jitters. While he’s settled in to playing in one of the top conferences in the NCAA, Williams said he will have some mixed emotions playing in the Valley again for the first time.

“Coming back here, I’m more excited than nervous,” Williams said. “There will definitely be some nerves when we start playing but right now I’m just happy to be here and to see some family.”

Oregon came into Pac-12 play with a 12-4 record. So far this season Williams has started in 15 of Oregon’s 16 games. The freshman is batting .194 with three doubles and 6 RBIs.

Williams believe if the Ducks stay on the same path they will have a successful season.

“It’s fun,” Williams said. “We’re all here just trying to have a great season, trying to make it to Omaha, win the PAC. We all have the same goals, we all work together.”