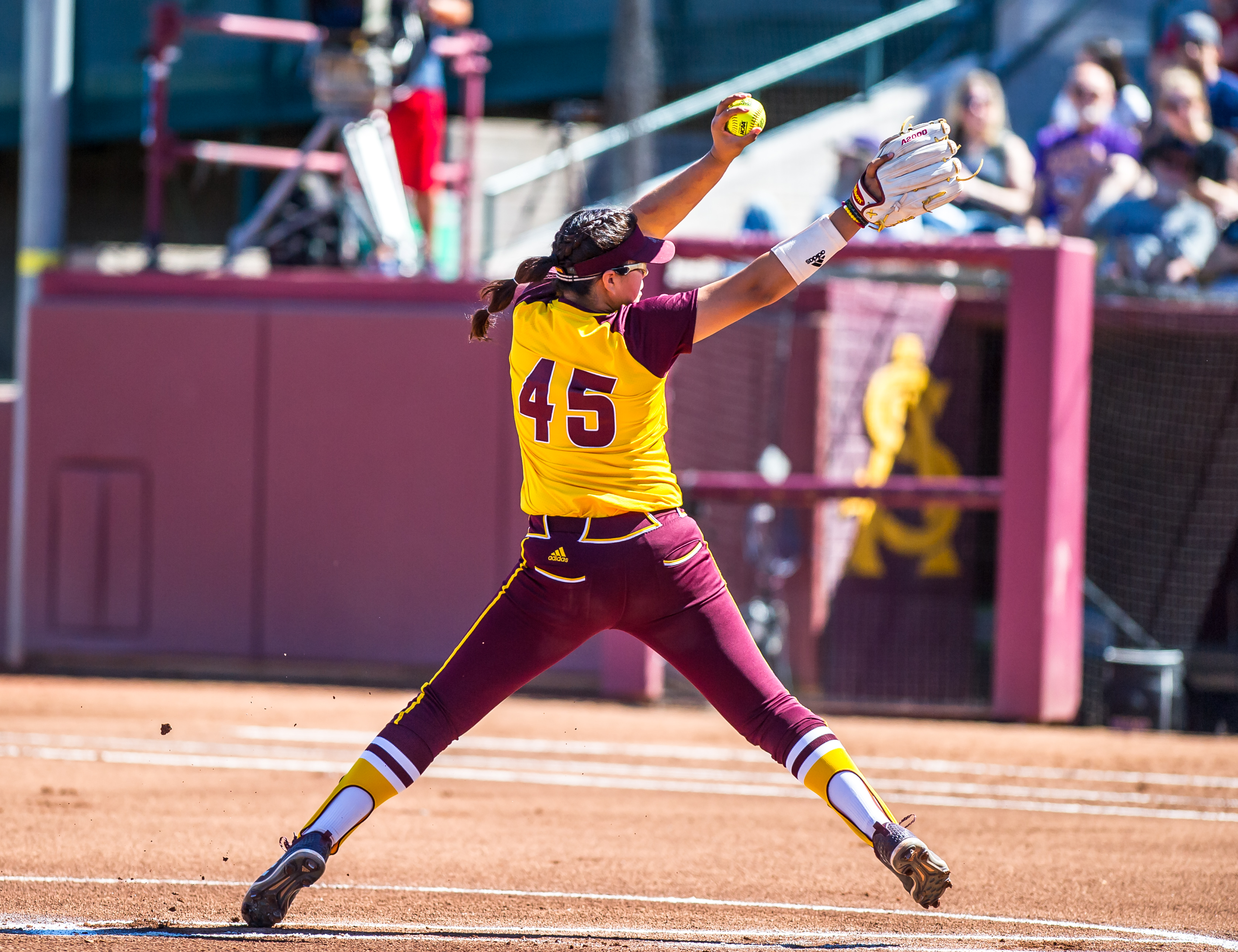 Sun Devil Softball is ranked at No. 12 after sweeping No. 20 Cal, ending the series in a 4-0 shutout on Sunday.

On Friday, second baseman Marisa Stankiewicz homered twice with a home run the second inning and a two-run shot in the tenth inning.

Saturday was also an extra-inning win for the Sun Devils. Pinch-hitter Nichole Chilson hit a double in the right-center gap to score Stankiewicz in the sixth for the run of the game. Later in the tenth, centerfielder Morgan Howe had an RBI double and first baseman Danielle Gibson had an RBI single to put the Devils up 3-1. The Bears failed to come back, giving the Sun Devils the series win on Saturday.

In the final game of the series, both teams remained scoreless until the sixth inning. After groundouts, pop-ups, strikeouts, and walks, shortstop Jade Gortarez managed to get on base with a single hit to right field.

An error on the Bears’ second baseman allowed runners on first and second. Gibson moved the runners over with a groundout to third, and Stankiewicz followed with a walk to load the bases.

Left fielder Skylar McCarty stepped in the box with one out in the top of the sixth and sent it over the fence for a grand slam.

Cal failed to come back for the second consecutive game and the Sun Devils got the sweep.

Sophomore Giselle Juarez, or “G” as the team calls her, had 29 strikeouts against the Bears this weekend.

The left-handed pitcher had a 0.94 ERA for the series. In the first game, Juarez only allowed the Bears to score two runs and kept it that way for the rest of the weekend.

Juarez has pitched nine shutouts this season and out of the 98 innings she has pitched, the Glendale native has 159 total strikeouts on the year.

The 6-foot pitcher isn’t going anywhere soon. With lots of season left and a couple more years of eligibility, Juarez will only become a bigger threat to opposing teams.

Another sophomore to keep your eye on is Jade Gortarez, the starting shortstop had .429 batting average against Cal. Gortarez has a career slugging percentage of .505. Batting second in the lineup, Gortartez is likely to get on base with a .370 on-base percentage.

Gortarez might be a former baseball player, but she fits like a glove on the softball field. The sophomore has a 0.904 fielding percentage for the season at Arizona State.

The Sun Devils go head-to-head against North Dakota State on Friday at 3 p.m. PST with a home-field advantage.