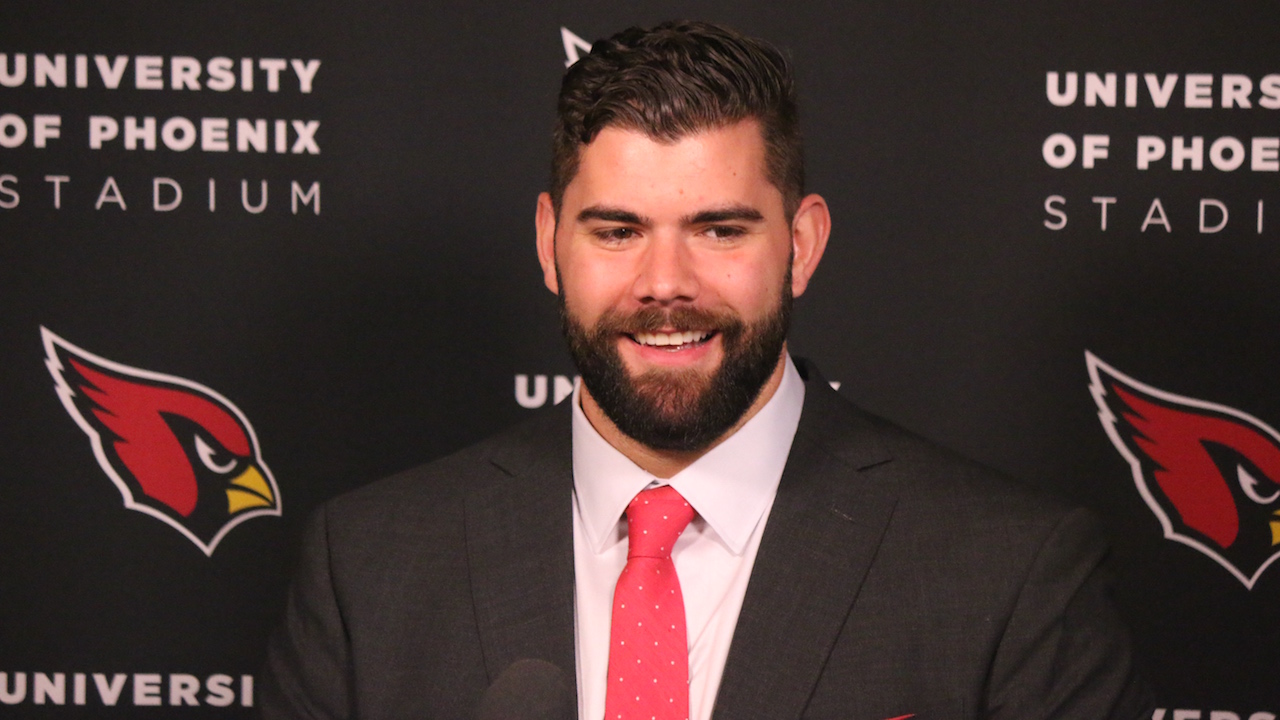 He played his college ball at Syracuse before becoming a 2013 first-round pick to the New York Giants.

After signing a five-year deal (reportedly for $45 million) with the Bird Gang on Saturday, the newest offensive lineman hasn’t been close to the NFC West, but he knows the Arizona Cardinals well.

While he was a member of the Orange, he was teammates with current Cardinals edge rusher Chandler Jones.

“We were both two-star recruits, Chandler weighed about a buck-2o when he came to Syracuse,” Pugh said. “I was out of shape, they called me “Puny,” that was my nickname when I first got there. Then me and Chandler battled for four years not knowing how good we were.

“We actually made a pact when he was a junior, I was a sophomore, that we were going to go first round. He went 21st overall, and I went 19th the year after. We held true.”

It’s not just Jones, though. Pugh’s brother has one jersey hanging up in his house. It isn’t one of his brother from Syracuse of the Giants, it’s Pat Tillman’s #40 he donned with the Cardinals.

Pugh spent the bulk of his first four years with the New York Giants as a guard, but was moved to right tackle last year after injuries to the rest of the offensive line. According to Pro Football Focus, the guard had above average ratings in 2015 and 2016.

“You want to be able to show consistency and then you can be a dominant player,” Pugh said. “If I stay at guard, I think I’m one of the best guards in the NFL and that’s my plan to go and prove that.  In a pinch and be able to go and play tackle and help the team out, at the end of the day, we’re here to win games. Whatever it takes to win, I’ll do.”

So it looks like Cardinals OL will look like this, left to right across your radio dial: Humphries, Iupati, Shipley, Pugh, Smith

The offensive lineman was put on the injured reserve with a back injury in Week 15 and didn’t see action after Week 10 last year. His injury did not require back surgery, and he’s confident it won’t be an issue moving forward.

“I wasn’t concerned with it at all,” Pugh said. “I went to (Dr. Robert Watkins), who is regarded as one of the best back specialists in the country and to hear it from him and what I had going on, nothing structurally, no surgery required, it was a muscle thing.”

Pugh, who’s best area of performance last year was in run-blocking, also looks forward to blocking for one of the best running backs in the league in David Johnson, who happened to be the guard’s first-round selection for his fantasy football team last year.

“I’m just going to get on somebody, and (Johnson) is going to make us look good,” Pugh said. “I’ve seen it on TV enough times to know that’s a very, very valuable piece, and obviously you have the GOAT at wide receiver, Larry Fitzgerald, he’s just class personified.”

Pugh said it wasn’t just the players on the roster, but the organization as a whole that made the Cardinals an attractive option to sign with.