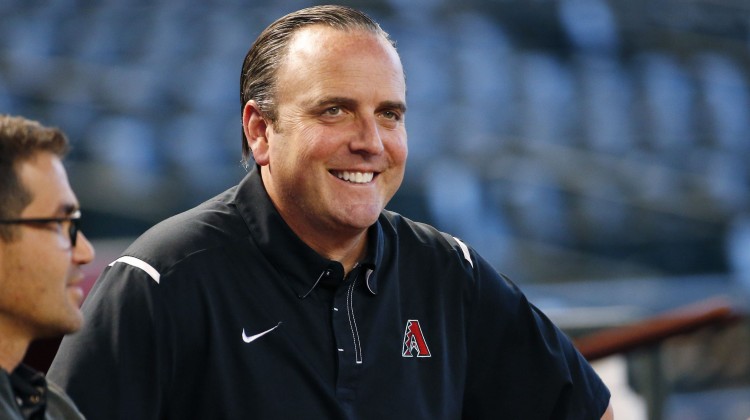 In 19 seasons of existence the Arizona Diamondbacks have qualified for the post-season six times, second only to the New York Yankees for making the playoffs in years of existence per President and CEO Derrick Hall.

So what can you do for an encore coming off a 93-win 2017, which included a Wild Card win over the Colorado Rockies?

“It’s a great question,” Hall said to Sports360AZ.com’s Brad Cesmat in a phone interview Monday morning. “I don’t know if we’re better than we were at the end of last season…that was a magical season.”

Slugging J.D. Martinez is now with the Red Sox but Hall believes the D-backs are better equipped to start the season than they were last spring. The club acted quickly after Martinez’s departure last week.

“We have to get lucky, we have to stay healthy,” Hall explained. “We have to have the pitching and defense that we did last year and you can never count on that.”

Out in Goodyear, Alex Avila goes yard in his 1st at-bat of #DbacksSpring.@j_hazelbaker follows two batters later with a blast of his own to put the #Dbacks up 3-0 in the 2nd. pic.twitter.com/V95MAUZXpt

Hall is high on a number of new faces this off-season including catcher Alex Avila, a former All-Star who fits well with one of the better starting staffs in the National League.

“He’s a leader, he’s a veteran,” he said. “He takes pride in calling games. We have an emphasis on defensive-minded catching.”

The D-backs, like all teams, also put an emphasis on versatility, something Hall feels they have in infielder Ketel Marte.

“This guy can play,” he said of the 24-year-old Dominican. “He can hit anywhere in the order. He can play second, he can play short.”

Last, but certainly not least, is Steven Souza who was recently acquired in a three-team deal.

The slugging outfielder hit 30 home runs and drove in 78 for the Tampa Bay Rays.

“He’s going to be a very consistent player but intense” according to Hall.

What’s To Worry About?

Baseball is a funny sport.

The 2016 versions of the D-backs in many ways mirrored 2017 but the win-loss results were far less favorable two years ago.

So what will 2018 look like with a similar roster model to last year?

“What concerns me is looking at the same team for the most part from 2016 to 2017,” Hall said. “How you could have such a wild swing. I want to make sure we get out of the shoots right away and very strongly because our schedule is tough.”