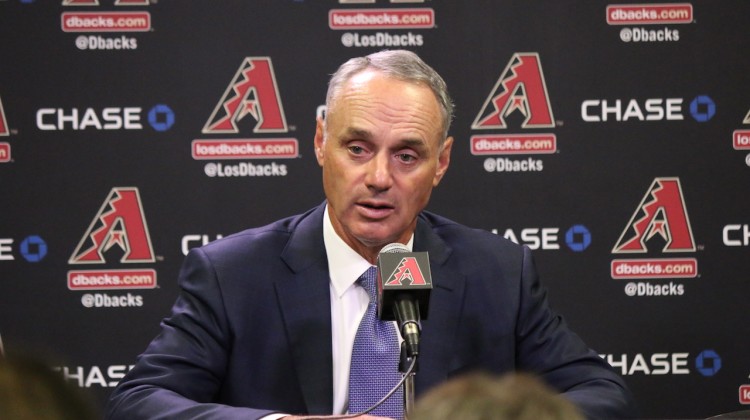 Pace of play has been a major topic of conversation in Major League Baseball in recent years. With games exceeding an average of three hours, MLB Commissioner Rob Manfred has made it a mission to speed up games with rule changes.

The rules that have been proposed were written up a year ago. Under the collective bargaining agreement, MLB had to give the player’s union an advance notice of the changes a year ahead of them being put into place.

Here’s an outline of what that original proposal entails:

The union went back and discussed what they were not satisfied with regarding this original set of rules and a new set of rules were written up by MLB.

Here is the revised set of rules:

On January 18, the player’s union rejected this revision from the Commissioner’s office, therefore the original proposal will be implemented if an agreement is not made and MLB decides to do so.

“If major league baseball wants it to happen, it absolutely will,” ESPN baseball insider Pedro Gomez told Brad Cesmat on Wednesday. “I’m a baseball purist. I don’t necessarily like this, but when you have games lasting three hours, that’s just too long. It’s got to be shortened up.”

I agree that games have to be shortened up somewhat. The pitch clock seems to be getting the biggest push back from the players, but it seems to be what MLB will not budge on.

The pitch clock is implemented in the Double-A and Triple-A levels, so players being brought up are already getting used to it. I think that it makes sense to give it a go in the majors.

My biggest question with these rule changes is what’s going on with the mound visits. I’ve been seeing and hearing different notes on the details of the changes on this.

My understanding is that, if MLB decides to implement the rules originally written up a year ago, that there will be one mound visit allowed per inning by either the manager, coach OR a player. I have been hearing that it would apply to only players, not managers or coaches, and I have also heard that the six mound visits per game is what would be implemented.

I understand that there is a need for a mound visit to strategize and to settle a pitcher down and regroup, I get that is a part of the game. I don’t think there is a need for so many visits as we see with some teams, however. My biggest thing with this rule is that I’m not sure of the wording of  “managers, coaches OR player per inning.” I think that what is in place with managers is fine and the rule, if implemented should apply to players only.

Commissioner Manfred would like to make an agreement with the MLBPA, but most insiders believe the original proposal will be implemented. No matter what is decided in the next week, any change is going to be resisted at first.

Manfred and the owners will meet on Feb. 1 in Los Angeles on the implementation.