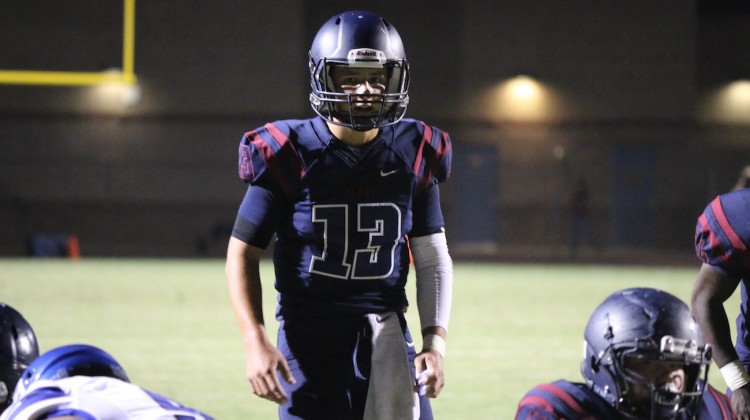 Alabama offered Perry quarterback Brock Purdy a football scholarship on Tuesday night. It’s a moment that didn’t seem possible six weeks ago when there were just a few D1 and FCS schools that were considering him.
But just because Alabama offered doesn’t mean that the recruiting will stop. In fact, I think it’s just heating up. Purdy is going to visit Iowa State, a program that has a terrific coach in Matt Campbell. Boise State embraced the Purdy family over this past weekend on their trip to Broncos campus. There will be others that will come out of the woodwork now that the Crimson Tide have jumped into the Purdy sweepstakes.

Purdy has remained humble and hungry. When I spoke with him on a couple of occasions he talked about his faith and remaining focused on his future. His dad asked about perhaps having his son go the junior college route(smart). The family was very level headed without any drama or craziness that I’ve become used to seeing and hearing about in many recruiting situations.
Where does Arizona State stand tonight on a quarterback? Well, they lost Brady White on Tuesday. He transferred to Memphis. That leaves a quarterback room of Manny Wilkins, Blake Barnett, Ryan Kelley and Dillon Sterling-Cole. You might think that the Sun Devils should be offering Purdy, but to this point they haven’t. Now that Alabama has pulled the trigger on a Arizona high school kid, shouldn’t Herm Edwards?
I’ve learned through the years that colleges should always take a quarterback. Every year, grab one. Remember when Todd Graham had Joshua Dobbs coming and at the last minute Dobbs backed out to sign with Tennessee? Dobbs left ASU high and dry and it would come back later in Grahams run to bite them in the back-side.

Purdy will SKYPE in on my show tomorrow morning at 10:20am to talk about the Alabama offer and the whole recruiting process.