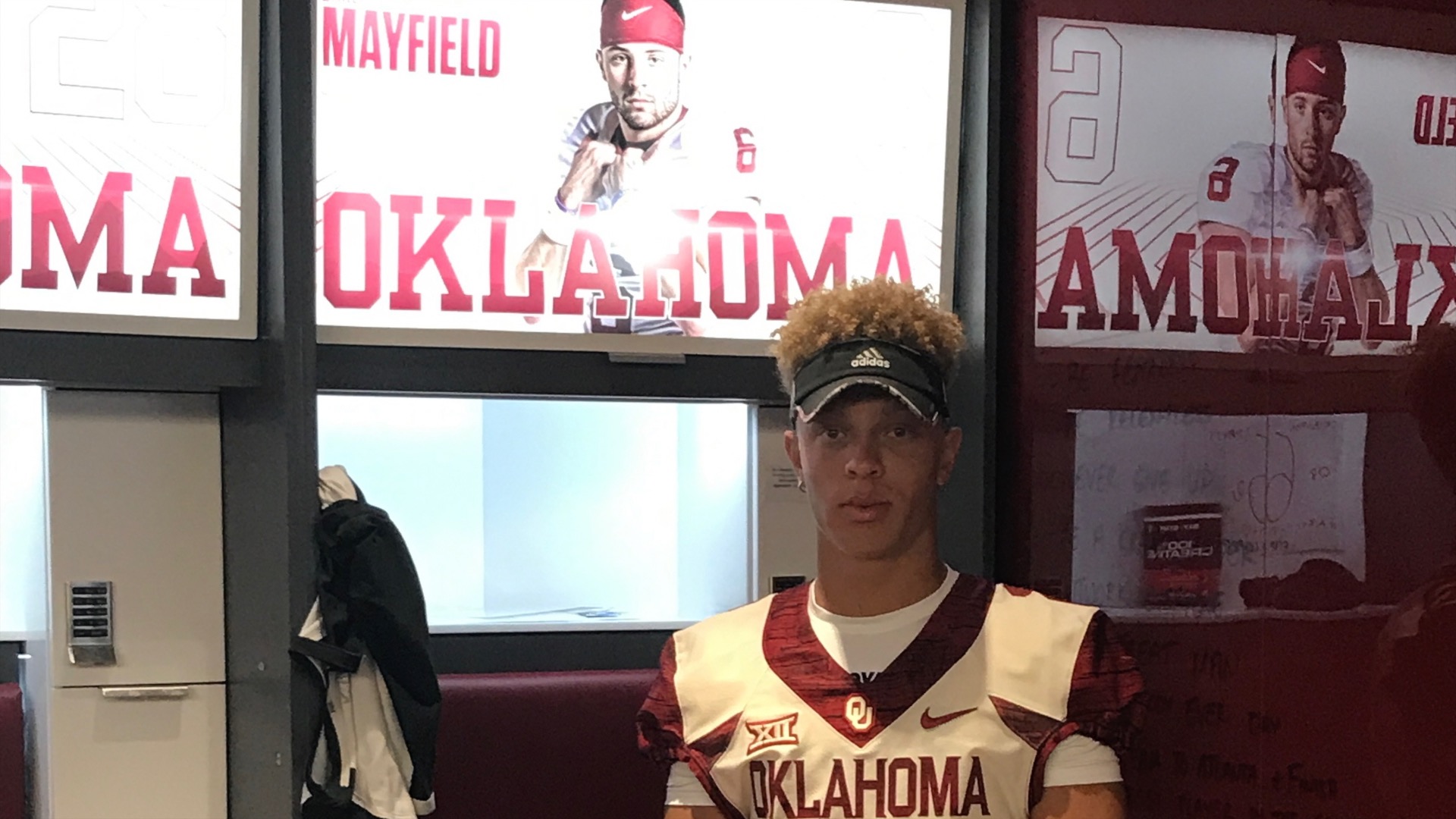 Hi, I’m Spencer Rattler, a two-sport student-athlete here at Pinnacle High School in Phoenix, Arizona. I am also a four-star recruit on Rivals and ESPN. I’m currently ranked #1 overall, as well as the top dual-threat quarterback on ESPN.

Last summer I committed to Oklahoma University to continue my academic and football future.

Right after my freshman season Coach Lincoln Riley came out here to Pinnacle and watched me throw in practice. He’s a younger coach which I really liked and he played the position so he knows what he’s doing. I gave him a call shortly after and he offered me a full scholarship.

Of course, all coaches say, “Come out here and visit the campus,” but I felt like his offer was more genuine than most. I took it to heart and when he offered. I felt it could be a place I’d like to play football.

After my sophomore season, during the summer, my dad and I took a trip out to Oklahoma on an unofficial visit and I just loved everything about it. They showed me everything about the campus: the facilities, the players and the coaching staff. It was unbelievable! I found out that they have one of the top business schools in the country.  I’d really like to study sports marketing or entrepreneurship.

We went into Coach Riley’s office and talked to him. His office is huge, it’s like a little house. He’s got a shower in there and a kitchen. It’s crazy! In the meeting it was my dad, myself,  and Coach Riley.

He had just accepted the head coaching job after Bob Stoops’ retirement a few days earlier.  I told him straight up,“Coach, I really like what I see.  I could see myself here.”  After a discussion with my dad we decided to commit.  We informed Coach Riley that we would officially announce it in a week or so.  Coach Riley informed me that he would shut down recruiting 2019 quarterbacks and said, “You’re our only guy!”

We had to keep the whole thing low-key for a couple of days but once I tweeted out my commitment video everyone just went crazy.

We also visited USC the week prior to the Oklahoma visit, it was nice but was not a fit for us.

To this day Coach Riley kept his word about not recruiting any other quarterbacks from the 2019 class. It means a lot that he would keep his word to me. He said right when I step on campus I’ll be able to compete for the starting job. If I need to redshirt, I’ll redshirt. But I want to play.

After this basketball season, I’m just strictly focusing on football next year. I want to get bigger, faster and mentally stronger ramping up to my freshman season in Norman.

At Pinnacle we like to throw the football down the field, which I think is similar to what they do at Oklahoma.

We had a meeting with Baker Mayfield on my visit last summer.  It was my dad, myself, and Baker.  He told me about his love for the program and all the coaches at OU.  He is a really cool guy.  My parents also met Baker’s parents on our second visit.  I look up to him and how he plays the game.  He’s a very emotional player and a great leader.

This season my family visited Norman for the Tulane game.  We took the same tour of the school because my mom and sister hadn’t seen it yet.  I was there with fellow 2019 recruits Noah Cane from IMG Academy and OU tight end commit Austin Stogner.  Their families were there also and we got to know each other.

Right when we walked into the stadium it was just a sea of crimson and cream. I’d never seen anything like it.

I’d look at my phone and see notifications saying, ‘Rattler’s in the building.’ They said they could see my hair from the 50th row. That was neat! There’s so much love at Oklahoma. I never felt that anywhere else.

After the game we met up with the coaches and got to go into the locker room with the players.  We walked in and there was rap music blasting and Baker was jumping around.  It was cool!

The main word I use when describing Oklahoma is genuine. Everybody there is just down-to-earth, loving people.

Right after I saw Baker plant the flag at Ohio State, it gave me chills. I just can’t wait to get there. I love the swagger they have!