The transition to college isn’t always an easy one, especially for a student athlete. For Saguaro’s Giovanni Miranda and Josiah Bradley however, the two will have each other to lean on at the University of Nevada come Fall 2018.

On Wednesday morning, Miranda and Bradley made it official as they signed their Letters of Intent to join the Wolf Pack after they graduate from Saguaro.

“It’s a big transition going to the next level,” Saguaro head coach Jason Mohns said. “These two guys have been playing together since back in sixth grade, so they’ll be able to lean on each other and support each other. I think having a teammate, having a best friend, is going to make a big difference.”

The Saguaro standouts aren’t sure what to expect once they step foot on campus, but they feel it will be a benefit to have someone from home going through the same experience.

“I’ve heard it makes the process a lot easier,” Miranda said. “Having someone to talk to, that comes from your hometown, Arizona, it’s just a lot easier.” 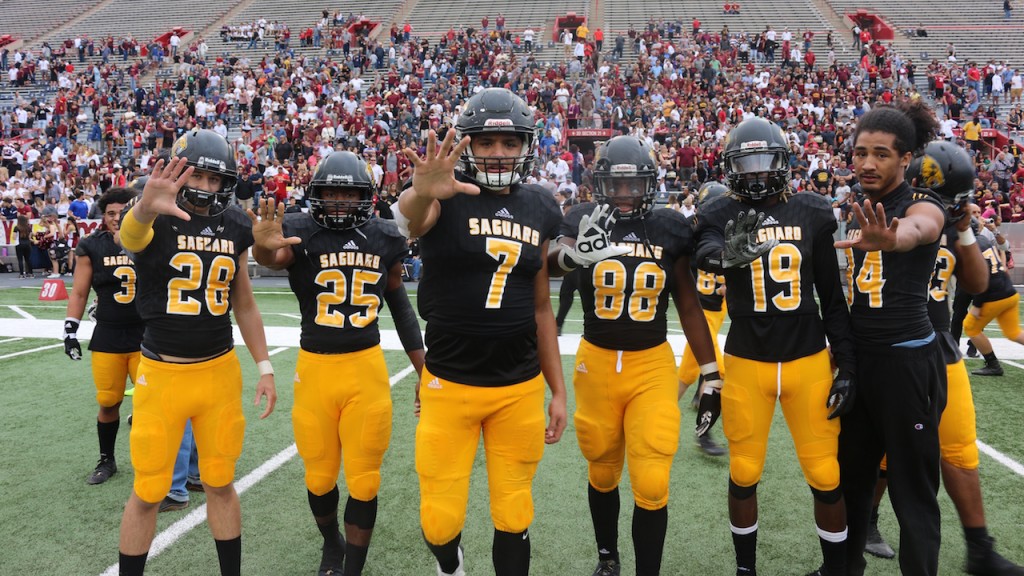 Image 1 of 4
Nevada head coach Jay Norvell was previously the receivers coach and passing-game coordinator at Arizona State before being named head coach in December 2016. Miranda and Bradley said Norvell and his staff were what drew them to the program.

“The Nevada coaches are really real,” Bradley said. “I like Coach Norvell, Coach Chang and Coach Casteel. I like all of them.”

Miranda and Bradley played both sides of the ball for the Sabercats. At Nevada they are both likely to play linebacker.

“Gio is a big, long athlete,” Mohns said. “He played flexed out as an outside receiver (and) he can put his hand down and play tight end. He’s played safety, he’s played defensive end, and outside linebacker. I know they like him as an outside linebacker. Then when you look at Josiah, he’s a big-time running back. He played safety for us as a three-year starter, but I think they’re projecting him as a linebacker and I think that’s really where he can grow into being a special player.”

That versatility and the leadership skills both players have is what makes them stand out, Mohns said.

“Both of these guys stepped up huge down the stretch in the playoffs,” Mohns said. “Josiah had four interceptions, Gio was playing all over the field. (They’re) just really unselfish team guys and tremendous athletes.”

The hard work and winning mentality that the two learned at Saguaro is what both said they will take with them to the Wolf Pack.