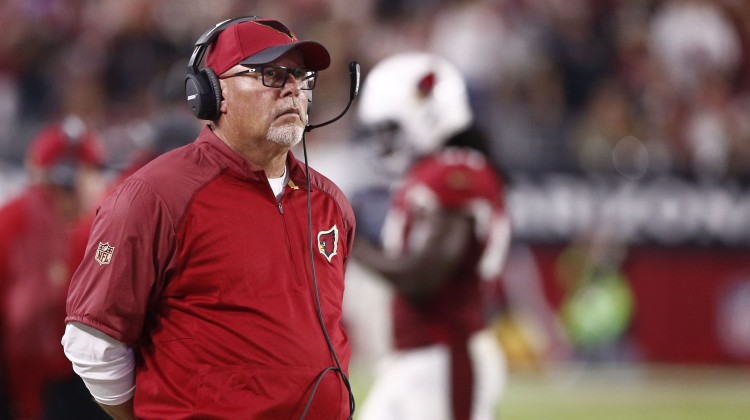 Let’s start with the present. The Cardinals finished off a 8-8 season on Sunday, by winning at Seattle 26-24. Phil Dawson kicked four field goals for the Cardinals, including what would turn out to be the game winner with 2:21 left in the game. Chandler Jones would end up with two sacks and finish the season a franchise record 17.
Lots of ways to go when looking back on a season that didn’t see a playoff berth. The defense got better(look at the last month of the season), the injuries, lack of production from certain players(any receiver not named Fitzgerald) and you’d think that this would be a 4-6 win season. The NFL Films highlight video of the 2017 Cardinals will make it sound as though the team missed the Super Bowl by a blown officials call. But those who have watched this team over the year, would have to admit that 8-8 didn’t seem likely after the embarrassing blowout to the Rams in London, or the dreadful showing in Houston. I’m optimistic that the roster isn’t as bad off as some would like to believe.

Will Bruce Arians be the coach to lead the team moving forward? My read of the situation is he’s going to walk away. He should. He’s done a very good here in Arizona. He’s been great for the community with the Arians Foundation and he’s given the Valley plenty of thrills. He will be missed, but I’d rather see him go out this way, than having the health scares of 2016 return. One can’t predict that stuff. He can consult, do media, do lots of things and enjoy the back 9 of life. FOX reported during Sundays broadcast that Arians met with Michael Bidwill on Sunday morning before the game and that there would be an announcement Monday or Tuesday at the latest. 50 wins, which is a new franchise record, is all you need to know when talking about the Arians run.

The 8-8 record means that Steve Keim and the front office will have the 15th pick in the May draft. Here’s the order leading up to the Cardinals selection.