Desert Mountain’s Brayden Narveson is one of the top kickers in the state and the country.

The Arizona Cardinals special teams player of the year committed to Iowa State and has seen success since starting to kick as a sophomore. 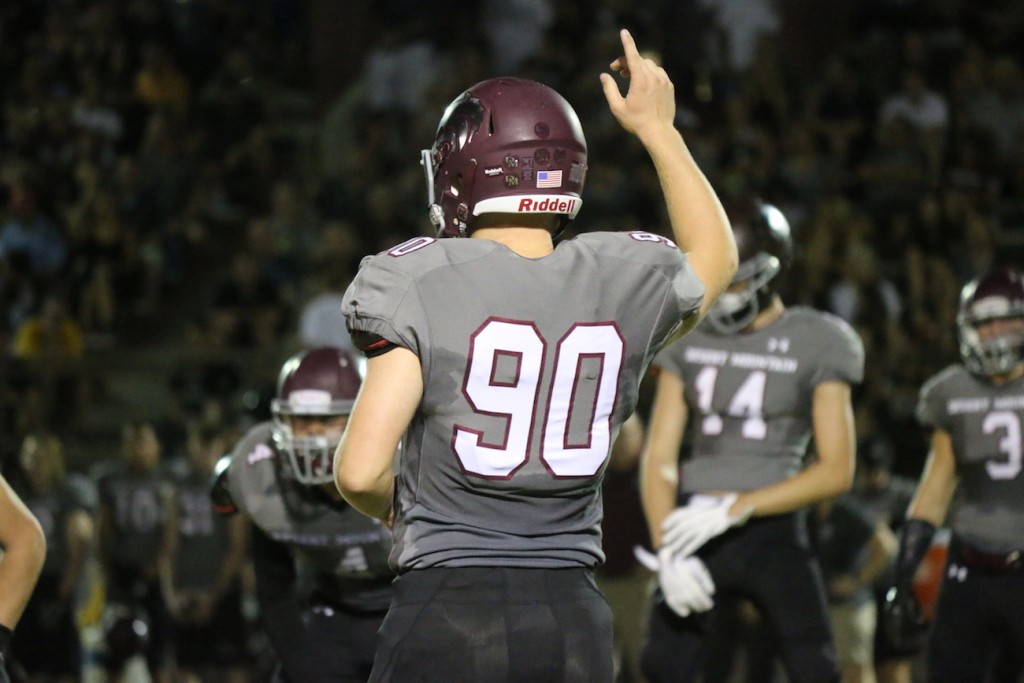 Image 1 of 8
But when he was a junior, something wasn’t right. After having some health problems, doctors finally determined Brayden had type 1 diabetes, a disease where the body stops producing insulin, a hormone that regulates the body’s blood sugar.

“That was a little bit of a crazy ride,” Narveson said at his signing event.

“They actually didn’t want to test me for it, but my mom asked them to check me and my blood sugar was at like 700, which is on the verge of a coma.”

“Mark is probably going to be a first round draft pick this year, which is awesome for the school and even for Oklahoma,” Narveson said. “It helps a lot seeing someone like that above you just going through the same exact things that you went through and being super successful. It’s just reiterating in your mind that you can do it and it’s not too hard.”

When Brayden was first diagnosed, he did manual insulin injections but now has an insulin pump, which helps automate the process and helps create flexibility for Brayden when he is playing football. To pair with the pump, diabetic patients inject insulin sites into their body every three to four days. Many inject them on their legs or stomach, but Narveson injects his on his upper arm so the site won’t fall off while kicking.

Also helping with the transition is Desert Mountain football coach David Sedmak, who has coached multiple diabetics in his career, including Andrews.

As a senior, Narveson made 10 field goals with a long of 58 yards and also hit 90% of his extra points. After a strong offseason, Narveson earned a scholarship from Iowa State and eventually committed to the Cyclones.

Coach Sedmak coahed Iowa State head coach Matt Campbell in a high school all-star game in 1998 and there are plenty of connections to the Cyclones. Another wrinkle in the recruiting process for the Narvesons now meant finding the correct support system for Brayden’s diabetes management.

“Loretta, my wife, was really keyed in when we go on the recruiting trips not so much about the football program or the coaches but how they were going to deal with having someone with type 1 diabetes,” Kent Narveson, Brayden’s father, said.”

Brayden signed with the Cyclones on Wednesday and will be living in Ames in less than two weeks. He is early-enrolling in hopes to land the starting kicking job as a freshman.

“Garrett Owens, their senior kicker, is leaving and they want me to come in and be that impact on field goals as a freshman,” Narveson said. “To get that extra (six) months with my holder. I’m actually going to get to room with my holder, which is going to be nice and just get the spring game under my belt, get extra lifting in. Schoolwork is actually the biggest thing, making sure I’m ready. I’ll get a few classes out of the way before the season. That way, I can take a little bit of a lighter load during the season and when we’re traveling, it makes it a little bit easier.”

Narveson will join Desert Vista alum and current LSU kicker Connor Culp and former Williams Field star and current ASU kicker Brandon Ruiz as top kickers from the state of Arizona to go on to Power 5 programs in recent years.

Iowa State has had a pretty good couple of days in Arizona with Narveson signing as well as Deer Valley offensive lineman Joey Ramos, one of the top lineman in the state. The Cyclones also earned a commitment from 2019 Perry wide receiver D’Shayne James on Tuesday.