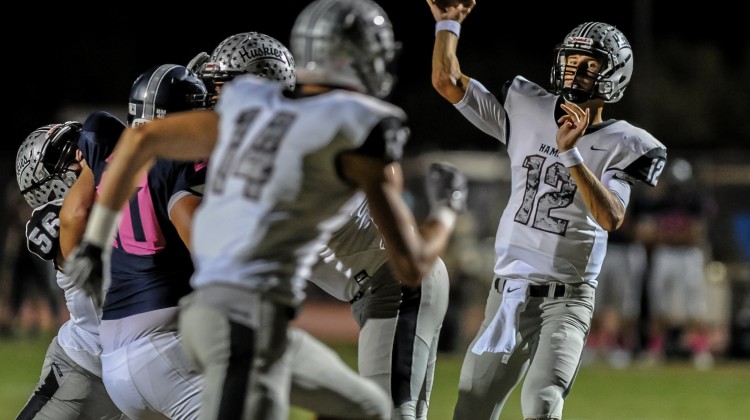 Billy Napier missed on Hamilton quarterback Tyler Shough (pronounced”Shuck”) once, he shouldn’t miss on him again. Napier wanted to offer the strong armed quarterback last spring,  but was held back by-then head coach Todd Graham. Shough committed  to Oregon, after walking back a verbal to North Carolina. Today, the Ducks saw their head coach Willie Taggart fly south to Florida State. I’d be surprised if Shough followed Taggart to Tallahassee. What wouldn’t surprise me is to hear that new Arizona State head coach Herm Edwards and Napier circle back on Shough now that Oregon is left without a head coach.

If Edwards and Napier call, Shough should listen.

I spoke with Shough on Tuesday afternoon for 15 minutes, he was trying to get into his brother’s basketball game at Hamilton but didn’t have his student ID card (don’t they know who this kid is by now?) They wouldn’t let him in (funny moment). He’s committed to Oregon “for now” .

Here’s his highlight reel from the season that just finished up.