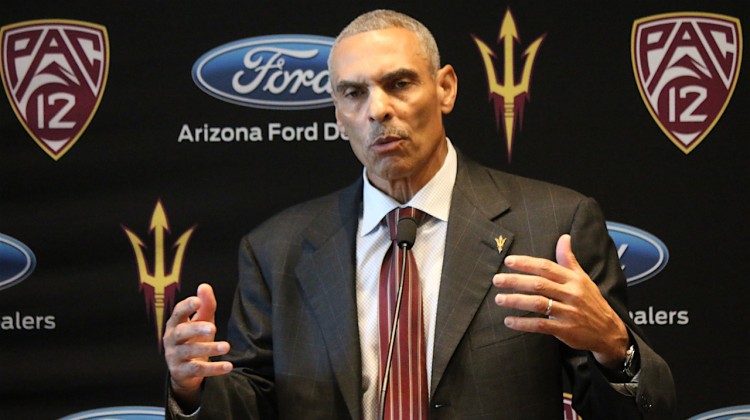 “I’m thankful for the opportunity to work with Coach Herm Edwards as the Associate Head Coach and Offensive Coordinator,” says Napier in a release by the school.  “The leadership challenge ahead is one I look forward to, especially considering the character of the young men on our roster. We’re going to work diligently to elevate this program. My wife Ali and I have enjoyed raising our children in the Valley and I consider it a privilege to go to work every day at Arizona State University.  Go Devils!”

The well-respected Napier, who just completed his first full season in Tempe after leaving Nick Saban’s staff at Alabama, is largely responsible for the evolution and improvement of starting junior quarterback Manny Wilkins. Wilkins is just 82 yards short of becoming the fourth ASU signal-caller in Sun Devil history to throw for over 3,000 yards.

The statistics certain don’t lie regarding the Devils’ offensive output in 2017.

The turnaround (+40 positions) was the eighth-largest in the FBS this season and ASU was one of just three programs to move from outside the Top-50 to inside of it in just one season. The 76-spot swing in the passing game rankings was the third highest in all of the FBS (second among Power Five schools).

Now former head coach Todd Graham and the Devils return to the practice field Friday as they prepare for their Sun Bowl showdown against North Carolina State on December 29th in El Paso.