Mele was coming off the field after the 4A state title game and Hampton was getting set to play in the 5A championship game shortly after.

It was just a few minutes, but it was a small preview of what was to come in the next few years for the Washington commits. 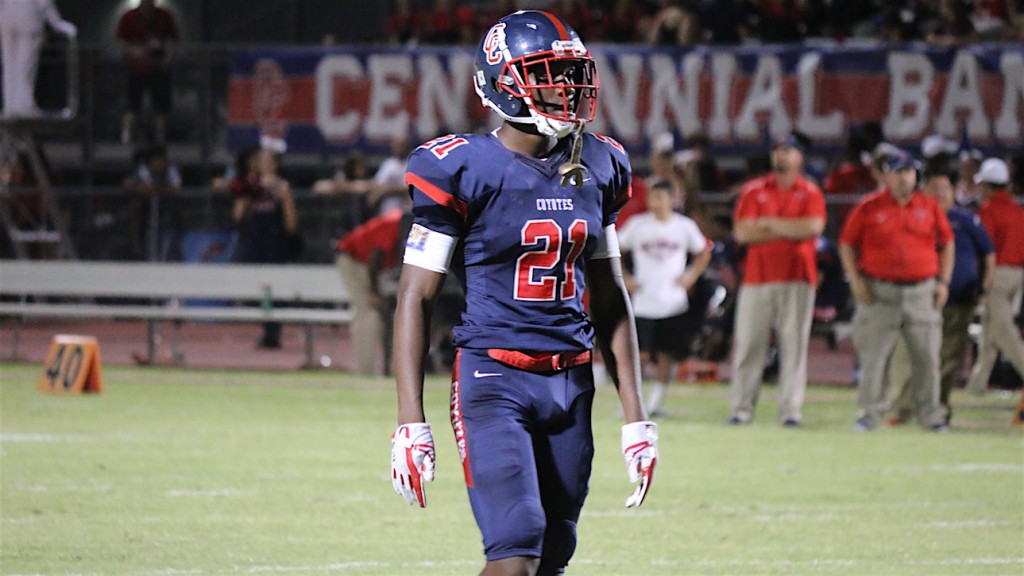 Image 1 of 7
Hampton brings size and speed standing at 6-foot-2 and 180 pounds. On the state champion Coyotes, he intercepted seven passes. Mele saw his recruitment transform the offseason before his senior year when he moved from tight end to offensive tackle. Within days of his updated film being released, Mele saw offers pour in.

Both are physical specimens and have been coached by two of the best leaders in the state in Centennial’s Richard Taylor and Salpointe Catholic’s Dennis Bene. There are plenty of similarities for these two who are now officially Huskies after signing this morning.

“It’s been good knowing I have another high school Arizona player up at Washington with me so I won’t be the only one,” Hampton said. “It’s a good feeling.”

Chris Petersen has been a very effective recruiter in the state of Arizona, as has Washington offensive line coach Scott Huff. Playmakers like cornerback Byron Murphy, who played his high school ball at Saguaro, is just one example Mele and Hampton can reference of Arizona success stories.

“Just seeing a guy from Arizona, it’s crazy,” Mele said. “(Murphy) was down here, and now he’s in Washington making plays at least before he got hurt. That could be me and it’s not an unrealistic thought.”

While their in-person introduction happened just a few weeks ago, Mele and Hampton are very familiar with each other’s skill-sets. Here are their evaluations on each other:

Mele on Hampton: “He’s just an athlete. It’s that simple He’s big he’s got good size he’ll definitely be a game-changer at the next level.”

Hampton on Mele: “I expect him to dominate at the next level like he has been in high school. He’ll hit the weight room, a college weight room and he’ll be really good.”