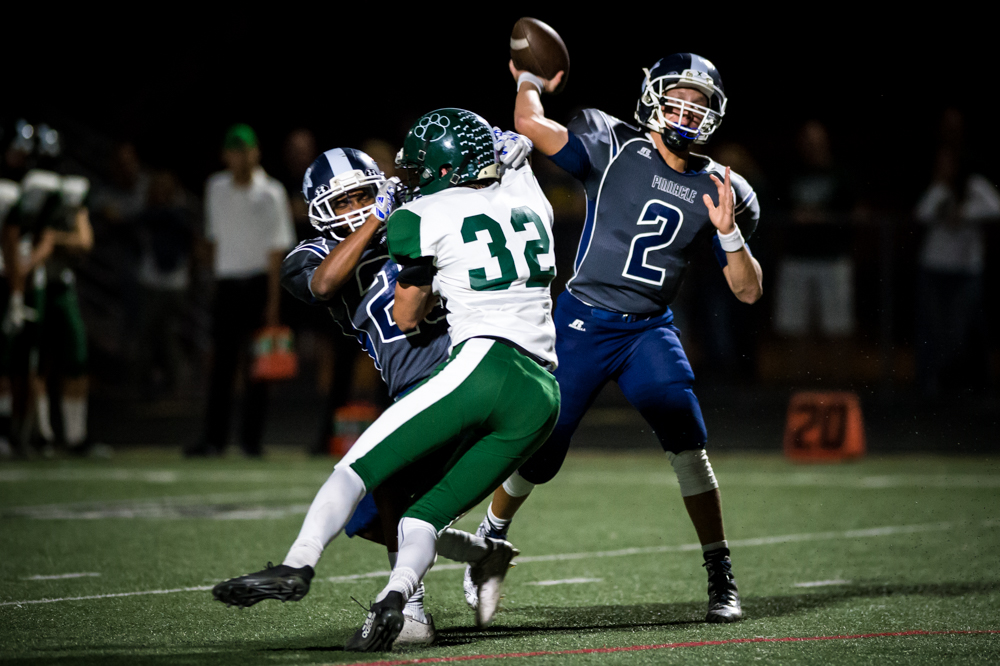 Bell went off against Empire, throwing for 400+ yards and eight TDs.

Down 13-0 to rival Centennial. The Lions came back and won 21-19. With under two minutes to play, the Lions forced a fumble and then were able to spike the ball with five seconds left to set up the game winning TD pass.

*Chavez senior Chris Russell threw for 205 yards and five TDs while rushing for 108 yards and two more scores against Alhambra.

* Spencer Rattler from Pinnacle threw for 369 yards and four TDs against Horizon.

*Isaiah Briggs from Glendale ran for 245 yards and three TDs against Independence to give the Cardinals an 8-2 record, the best in a long, long time.

* Buena’s Lawrence Prior rushed for 246 yards against Nogales.

* Perry junior D’Shayne James ran for a TD, threw one and caught two more against Basha.