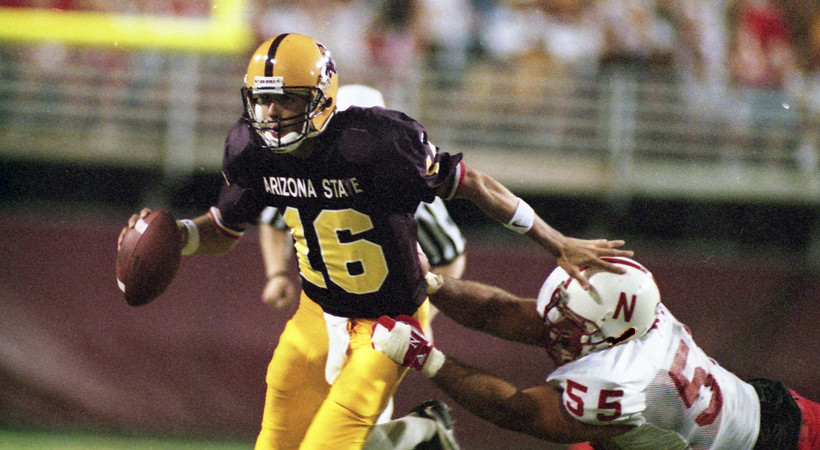 Sun Devil legend Jake Plummer joined Brad Cesmat on Tuesdays show to give his “State of the Union” on the firing of Todd Graham and the names that have been reported around the search for the next head football coach.

Plummer was coached and mentored by current Cleveland Browns head coach Hue Jackson  the Sun Devils to the Rose Bowl against Ohio State. Jake spoke about Jackson, Herm Edwards and much more.