This is the time of year football teams around the state are looking to hit their ‘sweet spot’ with the playoffs just around the corner.

I’m hopeful to be doing the same with this column but I’ll let you be the judge of that.

I must admit I was, to pardon the pun, ‘LMFAO’ (see what I did there?) when I saw some of the schools who were re-aligned this week by the AIA.

Yes, I get it. It’s about enrollment and that’s all well and good but you have to feel for some teams, specifically 1-7 Shadow Ridge and the 2-6 Nogales Apaches who will be moving up from 5A to 6A.

Others are far better prepared to handle the rigors of “playing up.” One of those is 7-1 Higley who has won five-straight since an early-season loss to Saguaro. The Knights will transition into the 5A San Tan Region in the far east Valley.

“We welcome the challenge,” head coach Eddy Zubey said to Sports360AZ.com. “We are an evolving program and we are always looking for ways to improve.”

Part of said improvement will hopefully be traveling next fall to play an out-of-state, midwest school to be determined.

Zubey said Higley, whose enrollment is 1792 students, has been in contact with a trio of programs and is hoping to have an opponent finalized shortly after their season ends. Ideally, the game would be played in mid-late October of 2018.

The Next Big Thing

The word is out on talented Saguaro sophomore Kelee Ringo, a speedy cornerback, who moved from Washington state to Arizona this past summer.

I am truly blessed to announce that I have received my 2nd opportunity to play d1 football at the university of Oregon ?? pic.twitter.com/hBSpkYQOaT

“He’s got the elite physical tools to become one of the top recruits in the country for 2020,” head coach Jason Mohns said to Sports360AZ.com. “He’s also hearing from Stanford, Cal, Michigan State and ASU.”

Ringo is the perfect formula for many more elite Power 5 offers which will certainly come over the next two-plus years. The 6-foot-1, 185-pounder who has started every game this season at cornerback, has the size and speed coaches crave. He ran a 10.58 100-meter dash in the Washington state track and field championships this past spring.

Most importantly, he holds a 3.9 grade-point-average.

A special talent in a program known for producing several elite-level college players.

Ringo also received an offer from Howard last year as a freshman.

While Carl Hayden came up short last week against a quality Glendale High team you  couldn’t help but notice what Randy Gross’ offense did against the 6-2 Cardinals who have won four of their last five.

“We moved the ball well last year against them so our thought process was really positive,” Gross said to Sports360AZ.com. “Pretty much every week we want to pound the ball and the majority of our games we’ve been able to do that.”

The senior Becerra, who is averaging over 120 yards rushing per game, is already almost to 1,000 yards (966) with two games left to play.

The Falcons 41 points scored last week is over half as many as they scored the first seven games of the season.

Carl Hayden’s effort last week says a lot about the character and spirit of not only Gross, but his entire team who continue to play hard despite the tough season.

The Falcons threw the ball just twice against Glendale.

Each week it seems another former Arizona high school football standout takes the spotlight at the college level.

One of Saturday’s heroes was former Desert Vista standout Connor Culp who had a big game in Baton Rouge helping LSU upset then 10th-ranked Auburn 27-23.

Culp connected on field goals of 42 and 36 yards in the closing minutes, as well as connecting on all three of his point-after-attempts.

Below is the biggest kick of the redshirt freshman’s career.

My good friend Ralph Amsden, who does a great job over at Arizona Varsity, is hitting the open road Friday, making the trip from Maricopa all the way up north for Chinle-Page before continuing on to Salt Lake City to cover ASU-Utah on Saturday afternoon from Rice-Eccles Stadium.

“I’m hitting Page because they’re on the verge of doing something they haven’t done in 33 years, winning eight regular-season games,” Amsden said to Sports360AZ.com. “I’ll have to leave Maricopa at around noon [Friday]. I’m excited to see [Page’s] Kele Meredith (running back) and (quarterback) Jacob Doyle. On Saturday I’ll hit my favorite diner in Panguitch, Utah before heading to Salt Lake.”

Taking a long road trip on my way out to Utah vs ASU on Saturday. Friday night I’ll be checking out Page/Chinle. Every level needs some love

Total round trip distance is about 1400 miles in around 48 hours. 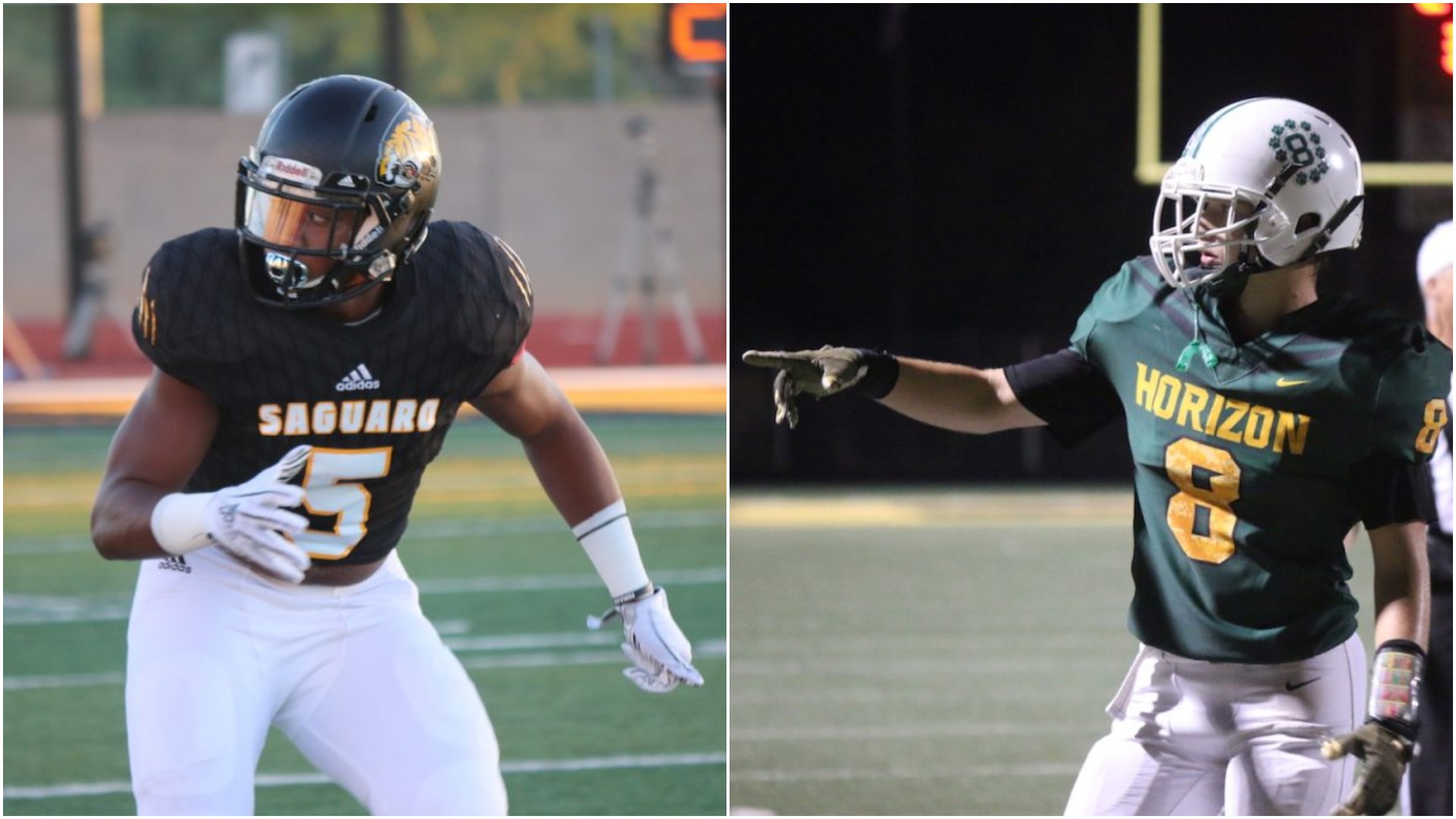