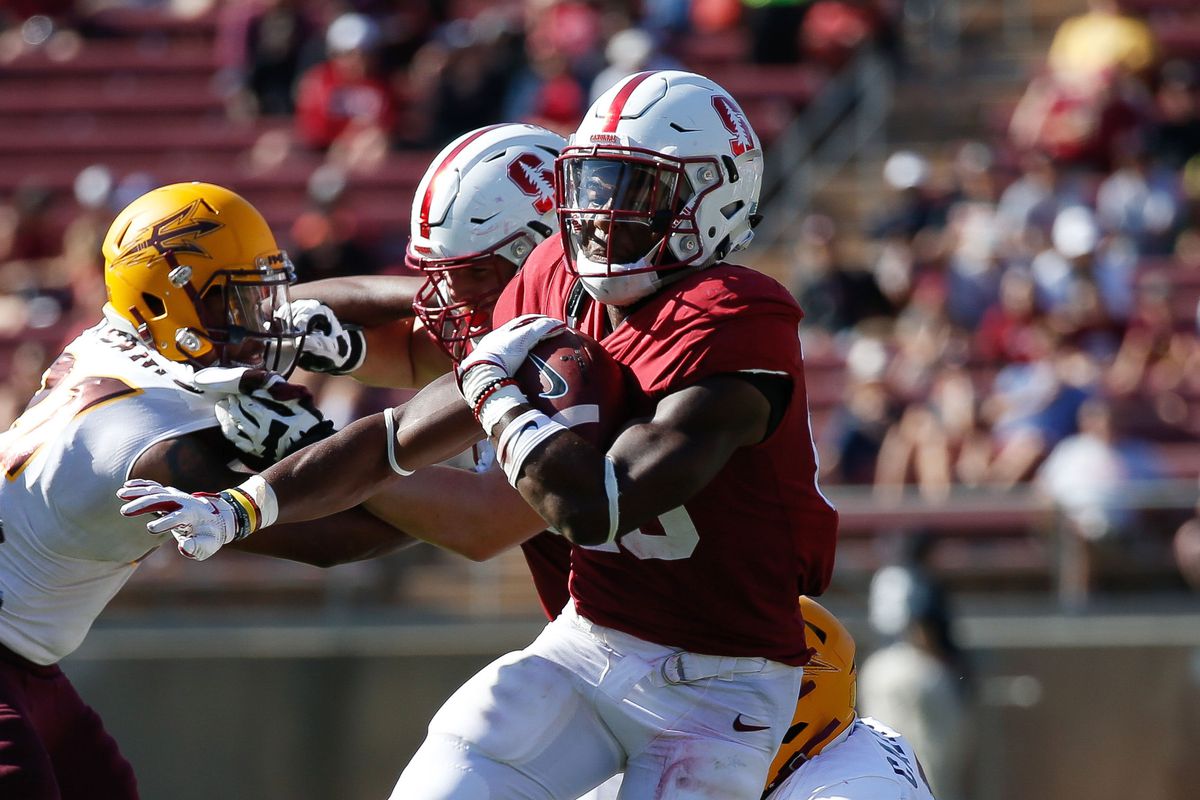 The Sun Devils respected Love, but trying to stop talented backs has become the norm this season. They failed the test against Penny, but passed when they contained Freeman.

“If you give him a crease, he can take it home,” Bennett said a few days before the game.

Boy, did the Sun Devils learn that difficult lesson. Love rushed for 301 yards, a Stanford single-game school record. He added three touchdowns. He was as unstoppable as a player gets in college football.

On the other side, ASU’s offense sputtered. After a first half filled with inspired playcalls, the Sun Devils put up just seven points in the second half. Junior quarterback Manny Wilkins was rolled up near the end of the first half and never looked to be the same.

Following the 34-24 loss to the Cardinal, ASU will have a bye week to regroup. It only gets tougher after that, though, as the Sun Devils host Washington, go to Utah and then come back for a game against USC.

ASU’s win over Oregon was its most complete game this season. The Sun Devils still haven’t really put together four quarters of good football otherwise. And while they’ve looked plain bad at points, it still seems there are small moments that could’ve changed games.

For example, Penny’s kickoff touchdown or his touchdown on third-and-long. Or the first quarter against Texas Tech (not a “small moment,” but you get the point)

On Saturday, it seemed Wilkins was never the same after getting rolled up. He didn’t talk much about the play. He didn’t make excuses. But after it, it seemed ASU went to more conservative playcalling. It felt like the Sun Devils would have at least pulled closer to Stanford in the second half if the impressive offensive start continued. Instead, Love ran free and ASU just couldn’t keep up.

Wilkins has looked darn good this season. He’s exceeded the expectations of fans. He hasn’t been the issue this season. But Saturday wasn’t his best and he said it.

“I didn’t put us in a position to win this football game,” said Wilkins, who implied his health didn’t play a factor in his performance or the team’s playcalling. “I played poorly. I played terribly.”

After throwing a school-record 192 consecutive passes without an interception, Wilkins threw two against Stanford. One wasn’t his fault, but the other was.

He finally showed a chink in the armor. When given time, he’s been spectacular this year.

But Saturday was a wake-up call for the Sun Devils. ASU coach Todd Graham said the team needs to score much more than 24 points to win in the Pac-12.

True, but it’s also unreasonable to expect Wilkins will be at his best every game. That’s the nature of football.

It’s unfortunate that he was rolled up and it could’ve changed the gameplan, but that further proves the point of football being a team sport. At some point, the defense has to figure out how to limit teams for more than a half.

ASU did a lot of great things on offense

The Sun Devils deserve credit. Offensive coordinator Billy Napier, who is dealing with the recent death of his father, called a fantastic first half.

Again, it seemed the gameplan needed tweaking when Wilkins was rolled up. But before that was encouraging for ASU. There was flare. There was a bit of trickery. The Sun Devils used the entire field.

They even established a running game. They ran on 3rd-and-6+ multiple times and converted. They’ve been trying to jumpstart the running game and perhaps they found something Saturday.

Three Sun Devils took snaps out of the Sparky formation. Receiver N’Keal Harry threw a touchdown pass out of it. ASU ran a flea-flicker. Stanford’s defense doesn’t appear to be as stout as it was the past few years, but the way ASU moved the ball in the first half was what we’ve expected from its offense all season.

Wilkins didn’t have a great day, but I’ll give him the benefit of the doubt because it appeared he was playing through injury in the second half. And in the first half, he did his job. The one interception he’d thrown to that point was tipped and became a jump ball.

But here’s what it looks like for ASU this season: If Wilkins doesn’t play well, the Sun Devils don’t have a shot.

It sounds harsh, but they need him. He’s been everything they’d hoped and more, but Saturday wasn’t his day. That’s OK. He doesn’t seem like the type to get too caught up in one bad outing.

Looking at the big picture, it’s a good sign Richard seems to be healthy. He’s back to plowing through defenders and always falling forward. It’s allowing Ballage to be more versatile. Together, they’re helping the rest of the offense with their play.

Harry had a good game, as did Kyle Williams. Tight end Ceejhay French-Love caught Harry’s touchdown pass, and Harry lauded the route after the game. I don’t think ASU was bold with its playcalling during the second half.

Jalen Harvey was largely had just one reception — though it went for 43 yards — but he perhaps wasn’t as much a factor because ASU ran the ball a lot on third-down situations (Harvey has excelled on third down this season). Overall, ASU should feel good about its weapons.

The line gave up three sacks and Stanford totaled six tackles for loss. There were missed blocks, but this was a much better performance. It seems the offensive line has been more reliable the past two games. It also got a nice push on the Stanford front seven, allowing ASU to establish the running game.

I just put the entire defense together because breaking down each position group may be a bit unnecessary. Love ran for 301 yards. K.J. Costello, the backup quarterback, threw for 173 yards and a touchdown. There were too many big holes for Love. It’s understandably difficult to tackle him, but allowing 12 yards per carry to a back is unacceptable. That won’t get it done at all.

To the defense’s credit, the second-half performance was much better. The Cardinal only won the second half by three points. The defense did a better job containing Love, but he still broke free for big runs. ASU’s offense has proven itself, but the defense is still looking for a more complete performance.

Four of five Brandon Ruiz kicks were touchbacks. The other was a kick out of bounds that gave Stanford great field position before the half, but the Cardinal got into field goal range with a long passing play. It seemed they would’ve still added three if they had started from their own 25-yard line.

Punter Michael Sleep-Dalton averaged 43.2 yards on his four punts, an improvement from his performances earlier in the season.

Ruiz made a field goal and missed one. The one he missed was from 59 yards out, which was no guarantee in desperation time for the Sun Devils.

So why did I give each group these grades?

To start, Manny Wilkins didn’t have his best day. The running backs provided an encouraging boost. The offensive line performed better and is showing improvement.

The offense and special teams grades aren’t bad. In a loss, you’d think they would be. But this was a weird situation. It appeared Wilkins’ situation forced ASU to dial back its boldness on offense, which was understandably a difficult adjustment. The Sun Devils didn’t take many shots in the second half. I still feel the running backs and receivers were good, but the receivers’ opportunity became limited in that second half.

The defense’s grade speaks for itself. There was improvement in the second half, but you can’t look past the numbers.

As for special teams, it didn’t receive a bad grade because I’m not sure it impacted the game much. As I mentioned before, it seems Stanford still would’ve added three points before the half even if Ruiz had kicked another touchback.

ASU returns to the field in two weeks. Its next test — perhaps the toughest to date — is No. 6 Washington.