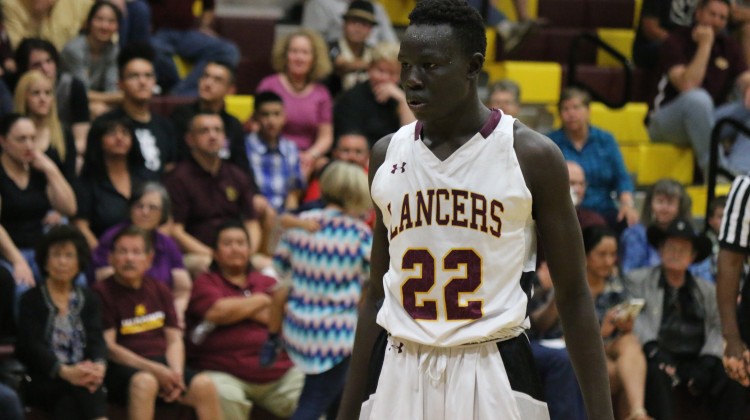 If you follow the high school basketball scene in Arizona you probably know the unique back story of Tucson Salpointe junior Majok Deng who burst on the national scene last year as a sophomore for the 4A state runner-up Lancers.

Myself, along with Jordan Hamm, explored Deng’s unique journey to America and rise to prominence on the court.

With the prep basketball season just around the corner, here’s an update on Deng’s busy summer and the latest news surrounding Arizona’s top 2019 prospect.

Since our documentary was released last spring the 6-foot-5, 175-pound wing has picked up offers from Creighton, SMU, UCLA, Cal, Stanford and Washington State.

He was also selected by his relative, Los Angeles Lakers forward and NBA All-Star Luol Deng, to participate in the first US Deng Camp.

Although the Blue Devils have yet to offer, the national power sent assistant coaches to scout Deng’s games this summer and the school will be “actively recruiting” him one source close to the situation told Sports360AZ.com.

“It was awesome,” Deng said to Sports360AZ.com. “Great coaching staff and just the way everything is put in place. They think I fit the program because of some of the things I can do [on the court] already.”

Deng is hopeful to visit Utah, Vanderbilt and UCLA in the coming months. All three rank high among his offers. He said he will likely focus on school this year and wait until next summer before selecting a college to continue his academic and basketball career.

The hometown Arizona Wildcats have also offered the 2019 prospect.