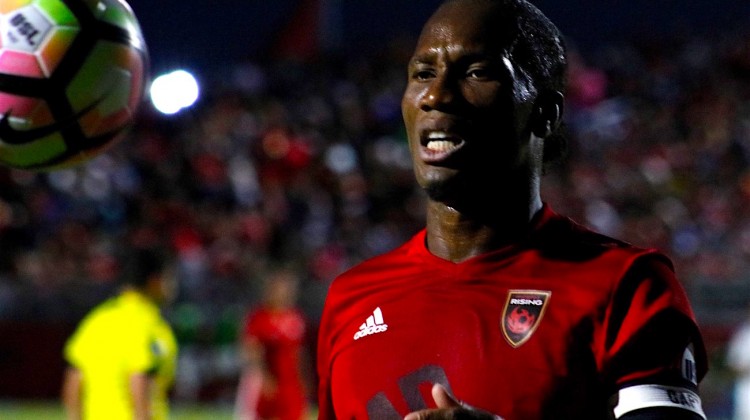 After a long weather delay that pushed its first playoff match into a second day, extra time and penalty kicks, Phoenix Rising FC’s season came to an end in a loss to Swope Park Rangers, 4-2 in penalties.
Phoenix Rising and Swope Park Rangers played a 0-0 first half in their First Round USL Playoff match on Saturday night at the Children’s Mercy Victory Field but were forced to delay the second half until Sunday because of inclement weather.
In the penalty kick shootout, Swope Park made all four of their kicks, while Rising FC made just two of its four kicks, eliminating the need for a fifth penalty kick.
Phoenix Rising FC ends 2017 with 17-8-7 record in the regular season. The club broke regular season records for wins (17), points (58), and goals scored (51). This was also the club’s first-ever playoff appearance.