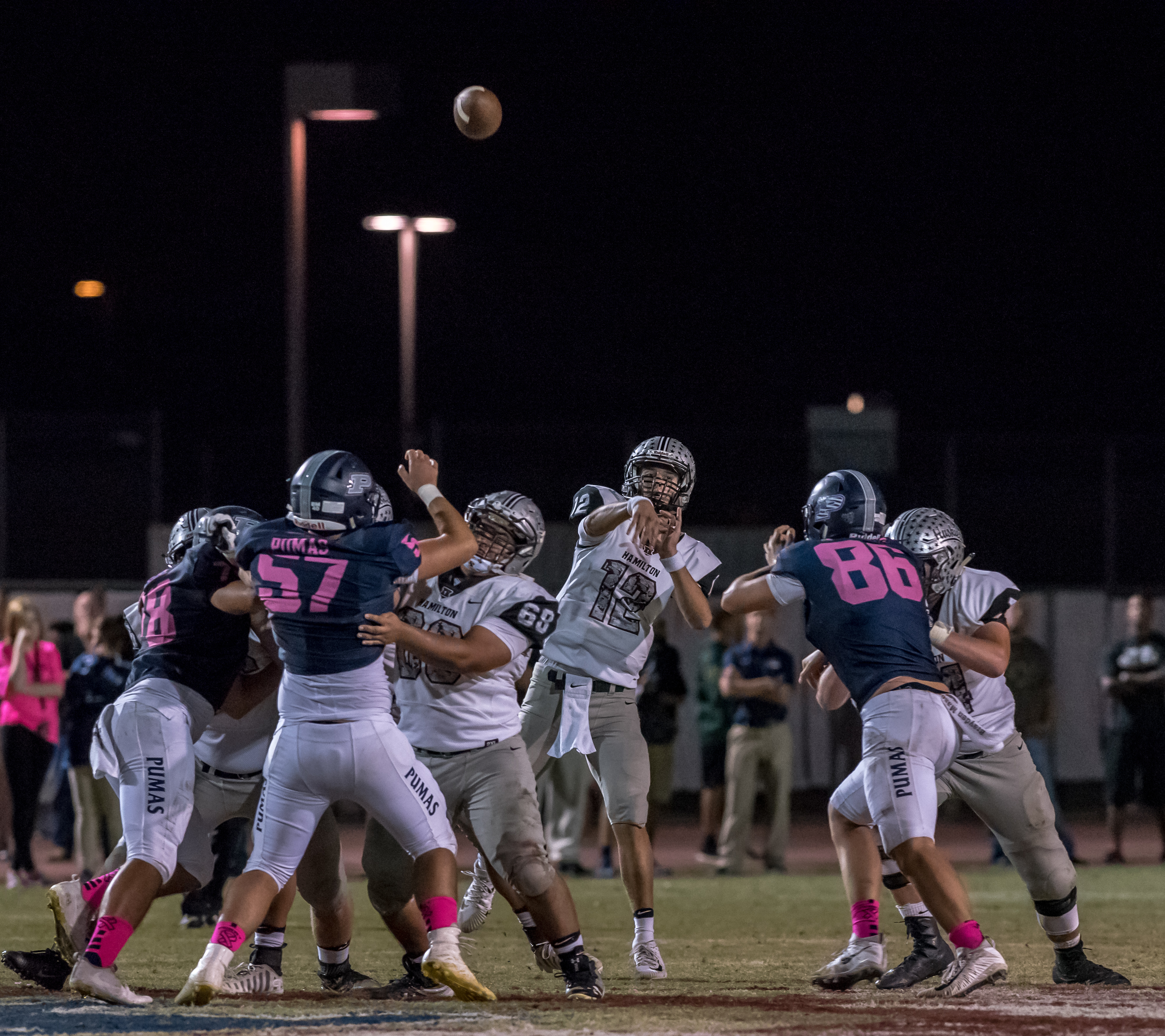 Purdy had a huge game against Hamilton. He threw for 383 yards and four TDs while rushing for 166 and three more scores.

Red Mountain had their struggles early but they are playing well now and back in the 6A Top 10.

The Jaguars had a huge win against Horizon.

* Higley’s Spencer Brasch had four TD passes and another score on the ground against Marcos.

* Jamarye Joiner from Cienega threw for 211 yards and four TDs and rushed for 207 yards and one TD against Ironwood Ridge.

* Alec Meza from Santa Cruz ran for 200 yards and two scores against Benson.

*Marcus Taylor from Mesa had 165 yards and four TDs against Dobson. He also returned a punt for a 5th score.