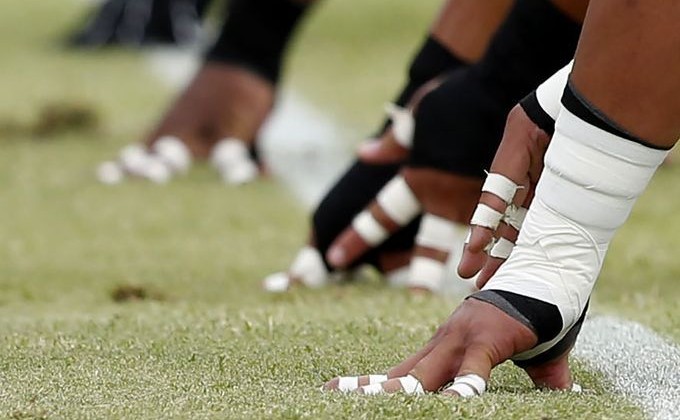 The 1A eight-man high school football playoff bracket was released by the Arizona Interscholastic Association earlier this week.

For programs like the reigning state champions at Bagdad and others such as Mogollon, it’s just business as usual. For Superior High School; however, it means a great deal more.

Ranked third in the state and 93rd in the nation, the Superior Panthers are looking to do something they haven’t been able to do in school history, finish.

“That’s the ultimate goal,” head coach Ryan Palmer said to Sports360AZ.com. “We’ve been striving for that for the last four or five years, we’ve been close.”

Currently sitting at 7-1 (3-0 in section), the Panthers are in a familiar position having only lost three games over the last three seasons making them one of the most dominant 1A programs.

A team predicated on speed, overwhelming youth has been a hurdle Superior has had to overcome in order to succeed this season.

“We don’t have any seniors on our team, we’re all underclassmen” coach Palmer said. “I think people kind of were underestimating us a little but this year.”

In that struggle to win with so much youth, one player in particular stepped to the forefront and took over. His name is Steven Ybarra.

“Steven has a strong passion for the game,” coach Palmer said of Ybarra. “He plays hard and he is a strong competitor, he wants to win.”

Ybarra has 2,354 total yards of offense this season to go along with 35 total touchdowns (23 passing and 12 rushing). His offensive abilities; however, are not the only thing that sets this

“He has a great work ethic,” coach Palmer said. “He’s a very good athlete and he’s been the leader on this team on both sides of the ball.”

To go along with his incredible offensive numbers this season, Ybarra also leads the team in total tackles with 88 and interceptions with six.

“He’s willing to do his job and he does it well,” coach Palmer added. “Last year, because we had so many athletes on our team, he actually played offensive line for us.”

Behind Ybarra’s efforts the Panthers have outscored their opponents 372-89, good for a plus-283 point differential.

But it isn’t just a one-man-show. The entire Panther team, all 17 of them, have contributed to make this team so successful heading into the playoffs.

“We’ve been tackling really well this year,” coach Palmer said. “Which has made us pretty dominant on the defensive side.”

Such a dominant regular season has its rewards. Superior earned itself a first round bye this year buying them an extra week of rest and preparation for the winner of the Joseph City versus Trivium Prep game.

“Right now, we have some kids banged up so this week off is really nice for getting healthy,” coach Palmer said. “We’re preparing, just kind of working on ourselves and ironing some things out.”

While the Panthers have yet to write their names in the record books as “state champs”, they have certainly been extremely close in the past.

The two seasons prior to this year, Superior has lost just two games, both which coming in the playoffs and by a combined eight points. So being a high seed is nothing new.

“Our goal going in every year is to represent our community and our school,” coach Palmer said. “Hopefully we’ll be able to get over that semifinal hump and get into that state championship game.”

The other three teams that will have byes this week include #1 Mogollon, #2 Bagdad and #3 Williams.

In the meantime, there are four games this week in the 1A playoffs to keep an eye on: