It was an emotional night at Highland High School on Friday.

The Hawks honored the late Marquis Cooper, a former Highland great who went on to play for the University of Washington and then to the NFL, before passing in a tragic boating accident in 2009.

The Highland community honored his legacy by wearing t-shirts with his name and number on the back and a halftime ceremony for his family.

“This was too much for me to really take in,” Marquis’ father, 12 News sportscaster Bruce Cooper told Sports360AZ. “When I go home tonight, it’ll be tough to sleep just because this night is so impactful.”

As a short film rolled during the ceremony, with family and former teammates talking about Marquis’ contagious laugh and love for the game of football, the Cooper family was moved to tears.

“Seeing so many of his high school teammates, so many of the family and friends associated with Highland High School back then and still here now…this was overwhelming,” Cooper said.

In his role with 12 News, Cooper sees a lot of football that brings back fond memories of Marquis’ time as a player.

“Sometimes I’ll get out and see a high school game and I’ll see someone who is maybe wearing his jersey number, or someone who has a stride or some similarity…that usually brings back memories and a tear,” Cooper said. “It’s a great atmosphere to be around to remember both what my son did as a player and what the game still means to me, and I know it means to him as well.”

Ryan Fitzpatrick, current Tampa Bay Buccaneers quarterback, played with Marquis at Highland and made it into town a couple days early to attend the ceremony before the Buccaneers matchup against the Arizona Cardinals on Sunday.

“Coop was a man among boys out there,” Fitzpatrick recalled of Marquis. “Whenever we played against some of the bigger schools that maybe we didn’t belong on the field with, he was the guy we looked to to either make the big hit or make the catch.”

In addition to presenting the family with framed Highland jersey’s bearing the number 88, another former teammate of Marquis’, Jesse Hopkins, donated $3,000 to a scholarship in Marquis’ name.

The first Marquis Cooper Scholarship was presented to senior Tre Davis. Davis is missing his senior season because of a knee injury, but the Highland staff felt he was the right fit to be the first recipient.

“What coach told me is he blew out his knee in the first day of practice, but he comes to practice still everyday,” Cooper said. “He said, this guy is everything that epitomizes what we understand Marquis is all about and we think he’s deserving of this.”

Despite his season-ending injury, Davis said that he realized he could turn a negative into a positive by focusing on helping others get better instead of putting a focus on missing his senior year.

“It’s an honor to receive this scholarship,” Davis said. “It’s awesome to be a part of Highland football and to come out here each and every day and get better.”

Davis said he is planning on serving a two-year mission after graduating from Highland, then will figure out his college plans.

To cap off a night already filled with emotion, Highland defeated Desert Vista 24-21 in double overtime. Head coach Brock Farrel said the win meant more when the community was honoring a player like Marquis.

“It makes everybody feel good,” Farrel said. “I’m glad we got the win for the Cooper family.” 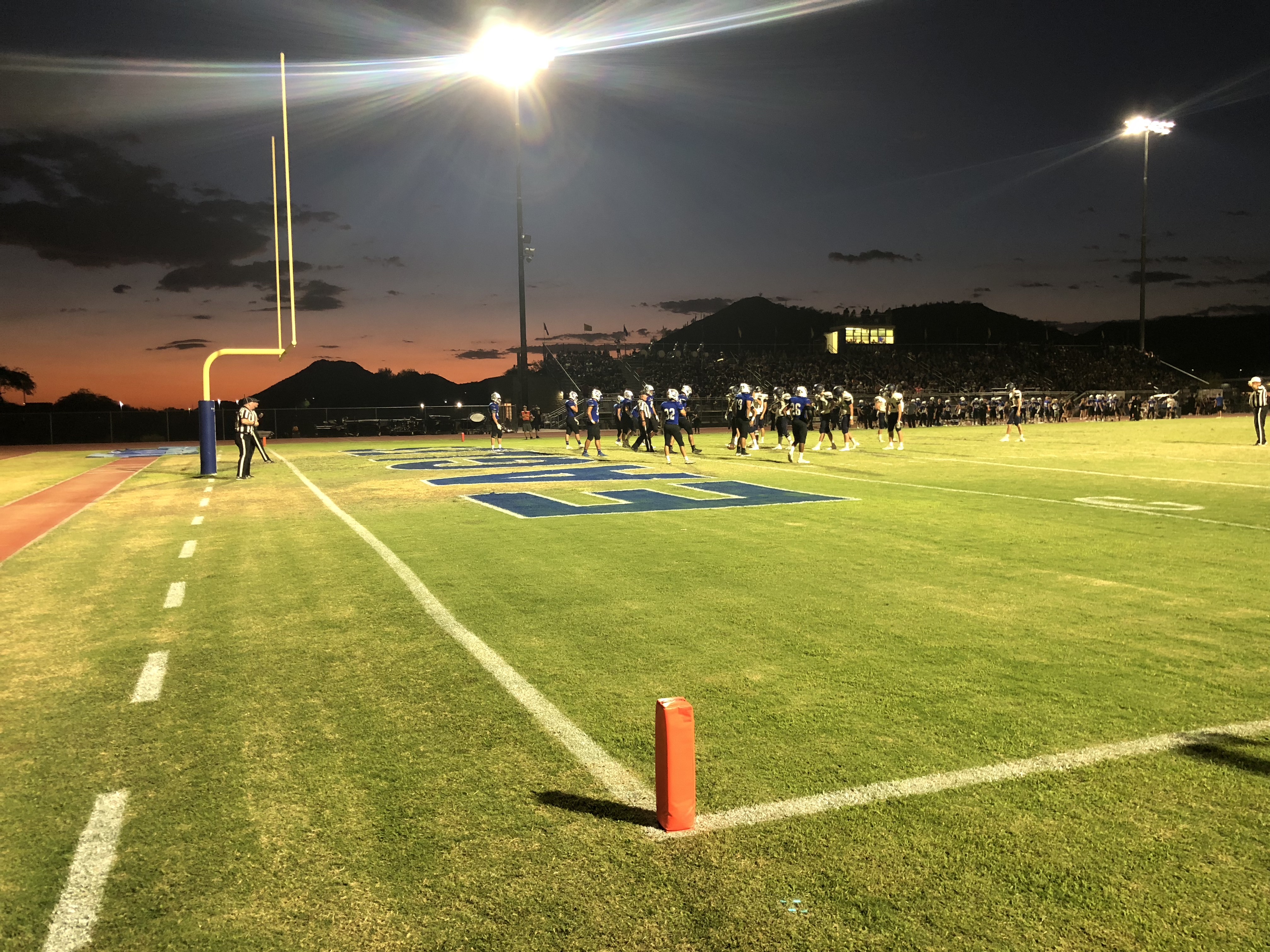